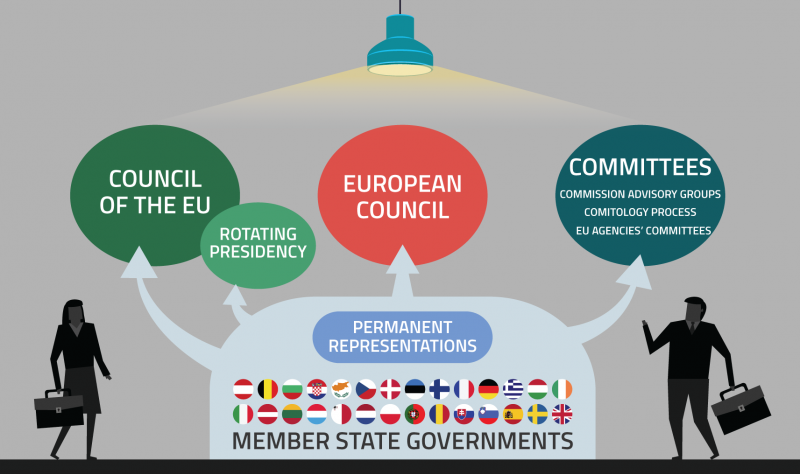 Germany, France, Spain, Ireland, the Netherlands, Romania, Poland, and the UK are some of the member states at the focus of the new report. It features over 20 case studies highlighting the frequency and breadth of issues on which national governments promote the interests of corporations rather than the public interest in opaque EU bodies.

From climate and energy policies, emissions rules, financial and banking regulation, to public health and environment policy, pesticide laws, trade and investment agreements, and even online data privacy rules: the Captured States report shows that too many areas of EU policy-making are skewed in favour of big corporations and carry the fingerprints of governments channelling industry demands and red lines into the EU sphere.

Complex EU decision-making processes and weak national parliamentary scrutiny of government positions on European issues have created an accountability deficit, which corporate lobbies are happy to take advantage of. Governments, at the same time, tend to find it convenient to blame a remote EU for decisions that are unpopular at home.

Non-transparent working practices at the EU level make it easier for member states to side with corporate lobbies in ways that are hard to trace and even harder to challenge. The infamously opaque Council of the EU and its rotating 6-month presidency, the European Council, Commission advisory groups, EU agencies like EFSA and ECHA and their committees, as well as the Commission’s comitology process, are some of the influential bodies and mechanisms with member state representatives in the driving seat – often behind closed doors.

“We hope this report will alert voters, civil society and decision-makers in EU states to the threat that corporate influences on their governments have on EU decision-making. It’s time that member state governments stopped offering privileged access to business elites, and instead provided citizens with information and a clear voice on EU matters.”