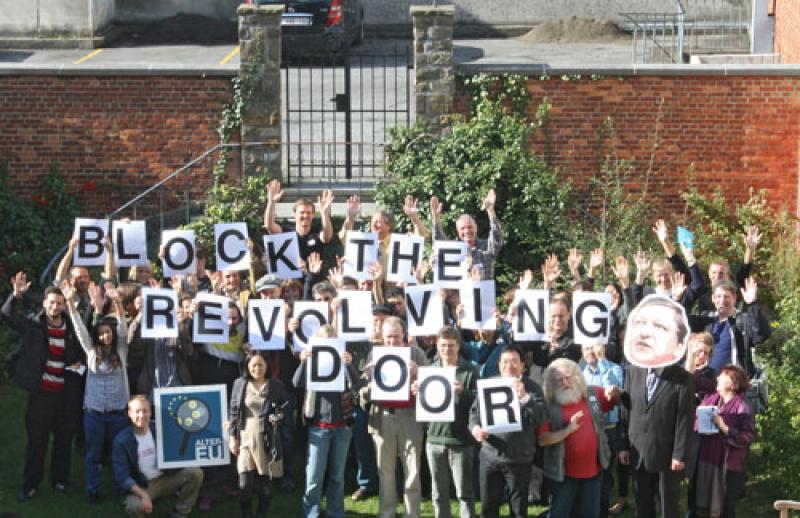 While leaving most issues unclear, the Commission’s response to Parliamentary questions about Dalligate has revealed some disturbing new facts. Behind closed doors meetings with tobacco lobbyists are facilitated by the revolving door – when former public officials become lobbyists, often in the same policy areas. In September 2011 and September 2012, the Commission’s Legal Service met with a lawyer working for Philip Morris to discuss EU tobacco legislation. This same lawyer was flagged as a major revolving door case in 2008. The Commission's Secretariat-General also met MEP-turned Swedish Match lobbyist in March 2011 and March 2012, but no details of these meetings were released to CEO under a public access to documents request.

In the Commission's response to Parliament's questions about contacts with tobacco lobbyists, it notes that the Commission's Legal Service does not have contacts with industry representatives (companies or associations) on policy matters, but with legal experts, limited to issues of EU law. Yet, it goes on to remark that “two brief conversations took place between Legal Service officials and Mr Michel Petite (former Director-General of the Legal Service until 2007, and now an Avocat in Paris)” in September 2011 and in September 2012. “Mr Petite mentioned that his law firm provided legal advice to a tobacco company (Philip Morris International) and set out his views on some legal issues of tobacco legislation,” after which “Director-General Luis Romero asked to be personally updated by Mr Petite of his legal counsel activities in this area” leading to a meeting on 14 November 2012.”

Amazingly, Michel Petite was candidate for the 2008 Worst Conflict of Interest in the EU Worst Lobby Awards (run by ALTER-EU members CEO, Friends of the Earth Europe, Lobbycontrol and Spinwatch). Petite headed the Commission’s Legal Service (which has a veto power on anti-trust and competition issues including mergers, and represents the Commission at international courts such as the World Trade Organisation) from 2001 to the end of 2007. He was also a former legal adviser to three Commission Presidents: Jacques Delors, Romano Prodi (as head of cabinet), and José Manuel Barroso.

Petite took a spin through the revolving door in 2008, going straight from the Commission's Legal Service to private law firm Clifford Chance, where he represents the interests of companies and specialises in European Commission policies, community law and competition law, alongside antitrust, trade, banking, taxation and government relations and public policy. For those not familiar with the lingo, 'government relations and public policy' is doublespeak for lobbying services.

Clifford Chance tells potential clients “You may be faced with the prospect of a regulatory development or policy decision that threatens the very nature of your business.... We offer a blend of legal and political expertise” and can assist in “approaching government or the EU institutions... advising on the parliamentary and political process, and drafting and tabling amendments to proposed legislation.”

The Commission granted approval for his move to Clifford Chance but told Petite not to lobby former colleagues or to deal with cases involving his previous department, for just one year. Despite advertising lobbying services (or ‘political advocacy strategy’ and 'government relations', as they call it), on its website, Clifford Chance has not registered on the EU's voluntary Transparency Register. They are, by contrast, in the US' mandatory lobby register.

Another murky area revealed by the Commission's response regards meetings between Swedish Match and the Commission's Secretariat-General. They note two meetings between “Mr Nymand-Christensen (Secretariat-General) and former MEP Ms Riis-Jørgensen and Ms Kindstrand-Isaksson from Swedish Match on 16 March 2011 and on 6 March 2012”. No details of these meetings were released to CEO under a public access to documents request for all details on contacts between EC Secretary General Catherine Day or Secretariat General staff and industry lobbyists over the Tobacco Products Directive revision. Nor are they listed on the Commission's website. This is contrary to the Commission's claim that its rules regarding the consultation of stakeholders in the tobacco industry are “compatible with the obligations laid down under the Framework Convention on Tobacco Control.” The WHO's Framework Convention on Tobacco Control requires all meetings with tobacco lobbyists to be published. What is also not mentioned by the Commission is that Riis-Jørgensen is not just a former Danish MEP, but an MEP who took a spin through the revolving door, to become a "senior adviser" at Kreab Gavin Anderson, the Brussels-based lobby firm listing Swedish Match as a client.

Clearly, the rules around lobby transparency and the revolving door need to be strengthened if scandals about undue access and influence are to be prevented in the future.