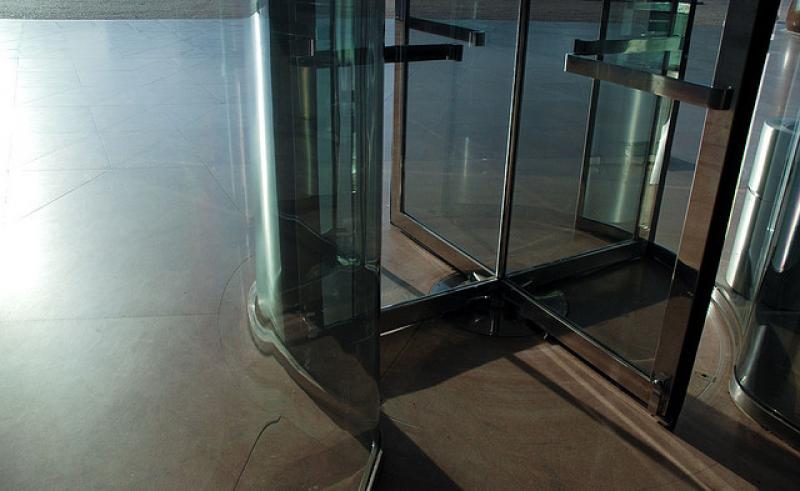 As the management board of the European medicines agency votes today on its new clinical-trial data transparency policy, fresh concerns are being raised about how EMA handles revolving door cases.

When in June 2013 EMA first published its initial proposal for a policy on the publication and access to clinical-trial data for consultation, it stated that “in general, however, clinical trial data cannot be considered CCI [commercially confidential information]; the interests of public health outweigh considerations of CCI.”

Health Action International says that public access to clinical trial data is crucial to the protection of public health, to enable doctors and consumers to make informed choices about treatment and to allow independent assessment of data to ensure the safety and efficacy of medicines.

But in recent weeks, new drafts of the policy have been circulated (although not published) by EMA and they have caused researchers, academics and NGOs to sound the alarm. They fear that because, according to EMA's new draft proposals, they will not be permitted to “download, save, edit, photograph, print, distribute or transfer the information”, this will put severe limitations on the access to data. As the German Institute for Quality and Efficiency in Health Care (IQWiG) puts it: “Data we cannot work with are still hidden – even if we see them on a screen.” What is at stake is the very possiblity to scientifically check clinical trial results by having these replicated (or not) by independent scientists: such replication is not possible without data provided in an editable format.

The European ombudsman has also criticised the draft guidelines saying: “I am now concerned about what appears to be a significant change in EMA's policy, which could undermine the fundamental right of public access to documents established by EU law.”

The development of the clinical-trial data policy has been co-ordinated by EMA's chief policy adviser, Noel Wathion, but it is clear that a number of EMA staff have been involved. Among them is Stefano Marino, the head of EMA's legal department who, according to EMA, has reviewed the draft policy from a legal perspective and participated in various meetings with stakeholders to discuss it. His biography bears closer scrutiny.

Marino joined EMA in June 2013 after a 23-year career in the pharmaceutical industry. His most recent role was as director of corporate legal and intellectual property at Sigma-Tau, an Italian pharmaceutical firm. From 2005, he was also chairman of the trademark committee at the European federation of pharmaceutical industries and associations (EFPIA), the EU-wide pharma lobby group. Prior to joining Sigma-Tau in 1997, he worked at Menarini Pharmaceuticals Industries.

Marino's declaration of interests is available on the EMA website. It mentions his previous employment with Sigma-Tau (although not his role at EFPIA) and that has led to him being assigned a level 3 risk as he has “declared direct interests” which is EMA's highest level of risk. According to information provided by EMA, this means that “he cannot participate [in] any discussion/decision-making process concerning any interests of his former employer, Sigma-Tau of Italy”.

Yet, serious questions need to be asked about whether this is enough, and whether the assessment was performed correctly. “Any interests” appears to be interpreted as direct interests, but what about Sigma-Tau's indirect or wider interests such as the interest of this company to avoid independent scientific assessment of its trials results ? Or indeed the direct interests of EFPIA, whose consultation response to EMA's draft policy was heavily critical of the emphasis on greater transparency?

This is tricky territory for EMA, considering its recent revolving door history. Vincenzo Salvatore, Marino's predecessor as EMA's head of legal department, joined Sidley Austin LLP in 2012 as a senior counsel in their European life sciences regulatory practice; Xavier Luria who was EMA's head of sector safety and efficacy of medicines later became a freelance consultant for a range of public and private sector organisations, including in the pharmaceutical sector in 2012. Meanwhile, EMA's ex-director Thomas Lönngren set up Pharma Executive Consulting Ltd.

Marino himself has told CEO that “I strongly disagree … that I would be "unduly sympathetic" to industry”. He also says that since he joined EMA, he has “devoted huge efforts” aimed at challenging recent legal decisions which favoured pharmaceutical companies on issues of transparency.

Meanwhile, EMA's executive director Guido Rasi has put up a robust defence of its recruitment from the pharmaceutical industry, telling CEO that “excluding experienced managers from the selections for vacant positions at the Agency, or refusing to hire them solely because they have been working for industry for a long time would be a highly discriminatory and disproportionate decision.” Indeed he argues that in the case of Marino “his professional conduct and absolute personal integrity reinforces my belief that, for once, the revolving doors have worked in favour of the EMA.”

The problem of such an approach is that the independence policy of a public agency as important as EMA should not be based on assessing individuals' competence and integrity, by nature a very subjective undertaking with high risks of arbitrary decisions. This case highlights well why EMA's policy of “managing” conflicts of interest rather than banning them is very weak. How to prevent policy-capture of EU institutions by former industry insiders if the only policy in place is an attempt at policing individuals' behaviour and influence once they're hired? How many appointments from former industry insiders could EMA sustain before its “collegial” decision-making process becomes skewed in favour of industry? Preventing regulatory capture should be EMA's first and foremost priority when coming to safeguarding its independence, and this means banning conflicts of interest rather than managing them. Shouldn't the public interest to have a reliable and trustable agency come before the rights of individuals to have career in it?

EMA's board will vote today (12 June 2014) on the new draft policy on access to clinical-trial data on 12 June. If EMA sticks with the current, restrictive proposals to limit access to clinical-trial data, it will confirm EMA's u-turn on this important area of transparency. It may also provide further fuel to arguments that recent changes to EMA's revolving door rules may not have gone far enough.

great blog, thanks for the link! Let's hope indeed that EMA's Management board waits for getting all the elements it needs before taking such an important decision...

Something must be done and fast