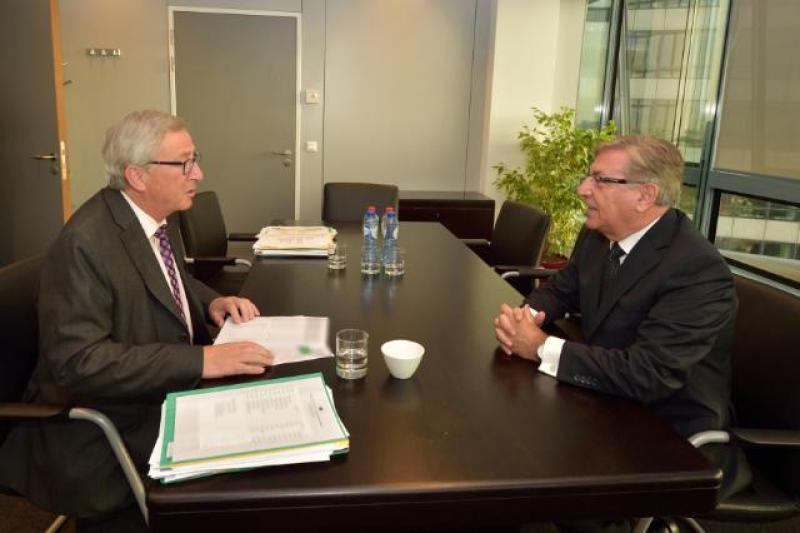 Don't bet on the commissioner: the case of Karmenu Vella of Malta

Karmenu Vella is a Maltese politician and the country's nominee to be European commissioner, to be responsible for environment, maritime and fisheries. He has been a member of the Maltese parliament since 1976, but that hasn't prevented him from also holding a variety of external business roles at the same time including within the gambling industry. CEO now argues that these recent outside interests make him unsuitable to be a commissioner.

Before entering politics, Vella was a bank director and an architect and engineer. According to his most recent declaration of interests, Vella retains a 50 per cent share in his old architecture firm and with his wife he co-owns a company called Multi Joint Projects Co Ltd which he has told CEO he uses “in a few property projects”. He has an extensive property portfolio and large bank assets, boosted by recent property sales.

But it is his recent private sector roles which will raise eyebrows most as, between 2007 and 2013, Vella had an extensive relationship with the Betfair group, acting as “non-executive director on the Betfair Maltese Board” to Betfair Holding (Malta) Limited and Betfair Poker Holdings Limited. He also joined Betfair International Plc on 27 January 2012. Betfair is apparently the world largest internet betting exchange and while it started life as a UK business, its first overseas licence was granted in Malta.

Betfair is not currently in the EU lobby transparency register (although it used to be) but according to the most recently available figures, it employed EU lobby firm Weber Shandwick in 2013 creating €50,000-€100,000 turnover for the lobby firm.

For several years, Vella was also chairman of the Orange Travel Group which is a merger of Maltese travel firms Mondial and SMS Travel. OTG encompasses a number of subsidiaries and associate outbound travel companies, is present in eight countries, and specialises in cruise trips and outbound travel to Malta and elsewhere.

Tourism accounts for 14 per cent of Malta's GDP and perhaps as many as 30 per cent of the Maltese population is directly employed in this sector. Meanwhile, gaming is said to account for 10 per cent of Malta's GDP. In CEO's view, it is pretty shocking that an MP was able to maintain such outside interests whilst apparently not breaking any rules; even more shocking when this MP was then appointed as minister for tourism.

Vella has told CEO that he had no links with either Betfair or the Orange Travel Group during his time as minister for tourism in 2013-14 and he has denied any conflicts of interest saying:

“My Chairmanship with Orange Travel Group and Directorship with Betfair were before my being appointed Minister for Tourism and none of these companies had or have any business related to government.”

In CEO's view, it is inappropriate to nominate as a European commissioner a serving politician who has had such recent links to big business. As a very minimum we hope that MEPs who will shortly grill him on his appointment will seek the following commitments from Vella: a commitment to have no professional or private contacts with any of the companies with which he has been involved and / or their lobby representatives, and a promise to refuse all professional and private contacts with the gambling and tourism industries.

Pollution in the Tagus River in Portugal, caused by the pulp in
De Mattos Sébastien

Hello
I leave here the link to our website to see what is happening in the River Tagus in Portugal.
We did not make any donation. Thank you for reading me this already.

(pollution in the Tagus River in Portugal, caused by the pulp industries)