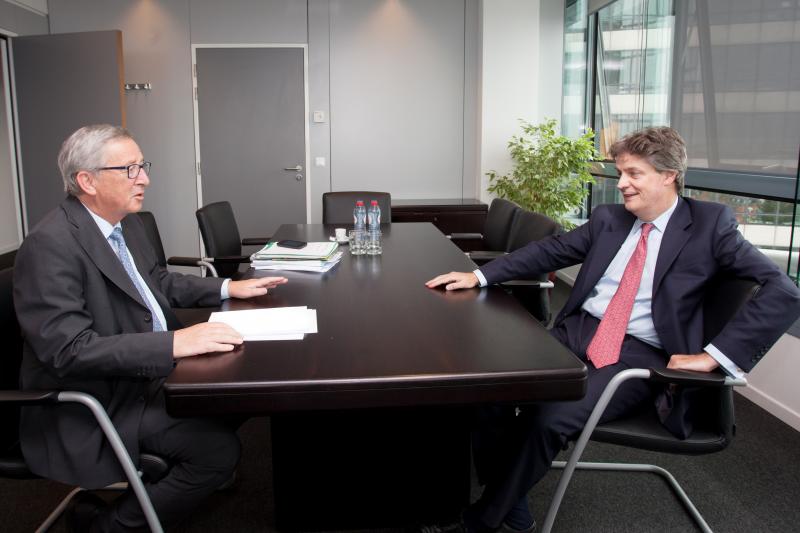 Hill as finance commissioner should be rejected

The announcement today that Jean-Claude Juncker, president-elect of the European commission, will hand responsibility for financial services to Jonathan Hill compounds CEO's view that British PM David Cameron should withdraw his nomination of Hill.

In the view of Corporate Europe Observatory (CEO), ex-business lobbyists should have no place in a Juncker commission committed to cleaning up lobbying and Hill's career up to now shows that he has no problem with politicians and lobbyists enjoying a cosy relationship, facilitated by an ever-spinning revolving door. Putting Hill in charge of the finance sector where we already know that business interests massively outnumber and outspend public interest groups, is like putting a child in charge of a sweetie shop.

According to figures released by CEO earlier this year, the financial industry spends more than €120 million per year on lobbying in Brussels and employs more than 1700 lobbyists. The financial industry operates via 700 or more organisations, totally out-numbering civil-society organisations and trade unions by a factor of more than seven, with an even stronger dominance when numbers of staff and lobbying expenses are taken into account.

It's no surprise that the City of London Corporation has warmly welcomed Hill's allocation of the financial services role. They said today: “The City welcomes the appointment of Jonathan Hill as the commissioner for Financial Stability, Financial Services and Capital Markets Union... Lord Hill’s expertise in this area and knowledge of the City of London will be crucial to ensuring the longevity and stability of Europe’s banking sector...” Incidentally, the City of London Corporation employs Quiller Consultants for lobbying services, which just happens to be the lobby firm that Hill co-founded in 1998. Quiller also acts for HSBC bank, among other clients.

Juncker's welcome instruction to all commissioners that they should publish on-line details of all their lobby meetings is not enough to dispel concerns about Hill and his background. Neither is the announcement by Downing Street back in July that Hill would sell his shares in lobby company Huntsworth which owns the EU lobby firm Grayling and UK firm Citigate. MEPs should block Hill's appointment.

The current UK administration has developed favouratism to Big Business that reflects the ethos of Brussels. Only fundamental change in the constitutional structures at european and national levels are required to establish an even-handed approach to business, consumer, employee and ecological interests.