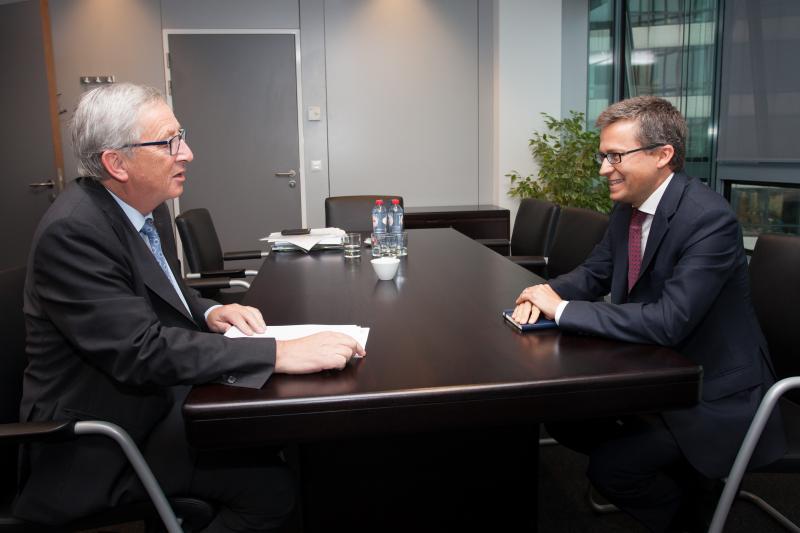 In the run-up to the European parliament hearings with the commissioners-designate, Corporate Europe Observatory (CEO) shows how the candidates from Portugal, Latvia and the Czech Republic have serious questions to answer regarding possible conflicts of interest and their recent career or political backgrounds.

Previously on this website, CEO has published about the commissioners-designate from the UK (Jonathan Hill - finance), Spain (Miguel Arias Canete - climate action) and Malta (Karmenu Vella - environment) and our concerns about possible conflicts of interest relating to their background and their new commissioner portfolios. Below we set out how three further commissioner candidates, each for different reasons, should face tough questioning from MEPs on matters of ethics and transparency.

Carlos Moedas is the Portuguese commissioner-designate for research, science and innovation. He previously served in the Portuguese government as the secretary of state to the prime minister, responsible for overseeing the implementation of the Troika's structural reform programme. Moedas' entry into politics was relatively recent; he was elected to the Portuguese parliament only in 2011 and immediately included in the socialist-led government of Passos Coelho.

However, Moedas' career in the business world was far more colourful. He worked at Suez-Lyonnaise des Eaux and then as an investment banker in London for Eurohypo Investment (now the 11th biggest bank in Germany) and for Goldman Sachs' mergers and acquisitions division. His deals included the acquisition of Swedish real estate company Tornet by Lehman Brothers. His proximity to the actors responsible for the financial crash of 2009 have caused subsequent unease in Portugal.

In 2004 Moedas returned to Portugal and became managing director of the real estate consultancy Aguirre Newman, as well as an executive board member of Aguirre Newman Spain. In 2008 he founded the investment company Crimson Investment Management in which he became the majority shareholder. Crimson Investment Management has the exclusive right to manage the Portuguese assets of the Carlyle Group, one of the largest private equity firms in the world. (NB see update below)

When being appointed as the secretary of state in 2011, Moedas acquired all shares in Crimson Investment Management that were not yet in his possession and transferred them to his wife Céline Abecassis-Moedas who is now the sole shareholder of Crimson. He stated that Crimson had stopped all commercial activities and that the arrangement was chosen in case his wife wanted to work as a consultant in the future. Moedas also stepped back from official positions and divested his shares from two other companies: the investment fund Shilling Capital Partners and the speakers company WIN World.

In 2012 the real estate investment company Norfin, run by Moedas' ex-partners in Crimson, was awarded a contract to manage a state fund for social lettings when Moedas was already secretary of state. Moedas had already worked closely with Norfin during his time at the consultancy Aguirre Newman. Concerns were raised about awarding state contracts to close business partners of high government officials, even though there is no indication that Moedas was involved in the decision.

Considering Moedas' industry background, CEO has to ask the question whether Moedas is the right person to become EU commissioner for research, science and innovation. Afterall, he will decide the direction of massive EU budgets for research and development. CEO has already criticised the current commissioner for shifting EU research funds to industry and / or university projects with private sector participation: how can a man with Moedas' background be expected to steer EU research funds towards public sector interests?

Moedas will certainly have to prove to MEPs that he is free of possible conflicts of interest. MEPs should seek a further agreement from him that he will not take any decision as commissioner which will benefit his recent private interests. He should also refuse to meet, in either a public or private capacity, with any company (or their representatives) with which he has had recent financial links.

Valdis Dombrovskis is the former Prime Minister from Latvia (2009-14), a current MEP and the commissioner-designate for the euro and social dialogue. As a former PM, he joins the upper rank of commissioners created by Jean-Claude Juncker as he has also been nominated as a Commission vice-president.

Yet according to a Latvian election candidate website co-sponsored by Transparency International, Dombrovskis could be in the position of a possible conflict of interest and in May 2014, the Latvian Corruption Prevention and Combating Bureau (or KNAB as it is known in Latvia), launched a review into the case.

According to www.kandidatiuzdelnas.lv, the controversy centres on Ārija Dombrovska, Dombrovskis' wife and Indulis Bukans who is the husband of Dombrovskis' legal advisor (Sandras Bukane) when he was prime minister. Ārija Dombrovska and Indulis Bukans have a shared business called Land Development and the allegations focus on loans received by Land Development from a state-owned bank Latvijas Hipotēku un Zemes banka (LHZB) and whether or not the company received preferential treatment.

Europolitics reports that Dombrovskis has responded with assurances that nothing illegal was done and that he is ready to provide explanations in Brussels.

But with the Latvian enquiry still under-way, it seems like a good time for MEPs to question commissioner-designate Dombrovskis on his understanding of what constitutes a conflict of interest and how he will ensure that his time as commissioner is free from scandal.

Vera Jourová is the Czech candidate-commissioner and has been nominated to the portfolio of justice, consumers and gender equality. After a period of working as a public official on EU regional funding, from 2006 to 2013 she co-owned Primavera Consulting, together with her son, which offered consultancy services in the field of EU regional funds, although this company has now been closed.

Concern about conflicts of interest in the case of Jourová are rather different to both Moedas and Dombrovskis and instead relate to her political relationship with the Czech oligarch Andrej Babiš.

Babiš is chairman of the Czech political movement ANO (ANO means 'yes' in Czech) and is also deputy prime minister and the minister of finance. He is simultaneously one of the most influential Czech businessmen with wealth estimated at US$2.4 billion. Since 2012, Jourová has been a member of Babiš' ANO movement and since 2013 she has served as its deputy leader. She was appointed Czech regional development minister earlier in 2014.

Czech NGO colleagues have described ANO as a “movement of people gathered around a charismatic leader with exceptional authority and an influence on decisions of all party bodies” rather than a traditional political party. The European Voice reports that Babiš' approach to politics is reflected in ANO's political slogan: ‘run the state like a business’.

The business portfolio of Babiš is huge and extends into the fields of food, chemicals and the financial sector as well as ownership of the important MAFRA newspaper group. He owns Agrofert which is the fourth largest company in the Czech republic by revenue and it has over 200 subsidiaries in Hungary, Poland, the Netherlands, Germany and other countries. His companies have concluded many contracts with the state and have received numerous national and European grants and agricultural subsidies. The European Voice called Babiš “a man whose business interests amount to the biggest conflict of interest in the [Czech Republic's] post-1989 history”.

Jourová and Babiš are clearly colleagues and via Babiš' ANO movement, Jourová has been catapulted into ministerial office and now into the European Commission. CEO considers that the commissioner for consumer interests needs to stand-up for the public interest and prevent business interests from capturing EU decision-making. Considering her links with Babiš, we question whether Jourová is the right person for this job.

During her hearing with MEPs, it would seem very important that Jourová is asked how she will be fully independent from the Babiš business empire and how she will ensure that as commissioner she is not involved in any decision which could benefit his numerous business interests.