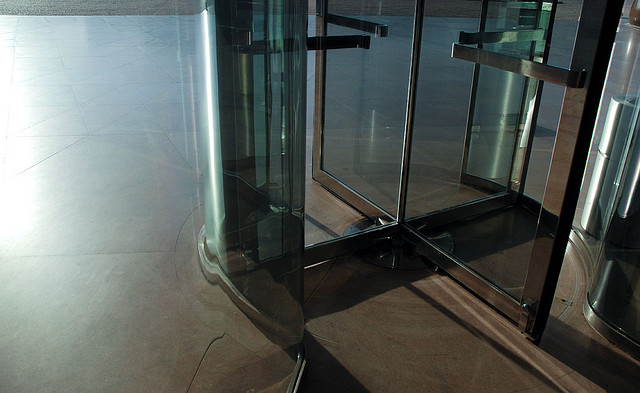 Revolving doors: Juncker Commission responds with 'more of the same'

The Juncker Commission, in the form of Kristalina Georgieva, has responded to the European Ombudsman's enquiry into revolving doors practices. Unfortunately, it looks like there will be no major change of approach under the new commission; the response implies we will simply see 'more of the same'.

In 2012-14, the Ombudsman investigated how the Barroso Commission handled revolving doors cases involving its staff, in response to a complaint by several NGOs including Corporate Europe Observatory. In the complaint we alleged that in a number of areas we felt that the Commission's revolving doors policy and practice (and its related approach to tackling possible conflicts of interests) constituted “maladministration”.

In September 2014, the Ombudsman's draft recommendation stated that its investigations had indeed

“revealed systemic maladministration in the implementation of some aspects of the Commission's approach to the "revolving doors" phenomenon.”

Georgieva's response to the Ombudsman, the first significant public comment by the Juncker Commission on the issue of Commission staff and revolving doors, is disappointing and non-committal in several key areas; it also questions the finding of "systematic maladministration".

Revolving doors is a notoriously secretive area of public policy and so this was a welcome and important suggestion. However, the Commission's reply to these suggestions is poor; it states that it will “consider them” as it has still not decided how to fulfil the annual requirement (in place since 1 January 2014, as per the revised Staff Regulations) to publish a list of senior officials' revolving door cases. One year on from the commencement of the new Staff Regulations, this is surely an urgent matter.

As a follow-up to her suggestion about the publication of senior revolving door cases, the Ombudsman also suggested that she be notified about any Commission decision not to publish a revolving door case involving a senior official and that she would wish to inspect any such case file saying she

“will not hesitate to use her full powers, including the obligation on officials to testify before her office, in cases of doubt as to the proper application of the conflicts of interest rules” (suggestion L).

Again, the Commission's response to this is totally inadequate. It says:

“The Commission takes note of the position of the Ombudsman and will consider the feasibility of this when designing its system for publishing information. The Commission has wide discretion to make the assessments and take decisions in this field. However, the EO is naturally entitled to carry out inquiries where she finds that there are reasons to suspect possible instances of maladministration. The Commission will fully cooperate whenever the Ombudsman decides to examine a file in the context of an inquiry.”

While transparency alone cannot entirely tackle concerns about the revolving door, shining a spotlight on cases involving senior officials should better enable citizens and civil society to hold the Commission to account. Along these lines the Ombudsman has recently written:

A previous commitment by the Commission to ALTER-EU dated June 2011 implied that it would introduce a policy of transparency regarding future commissioners' revolving doors moves. It stated:

“We are committed to ensuring full transparency of these decisions, whether approving, rejecting or imposing possible restrictions and/ or conditions. We intend to publish these decisions on the Europa website so that there will be no need to request such documents under the provisions of the Regulation 1049/2001”.

Yet four years on, to find out about commissioners' revolving door moves requires requesting the minutes of Commission meetings to get them published, trawling through them and then requesting specific papers via time-consuming access to document requests. That's not exactly proactive transparency!