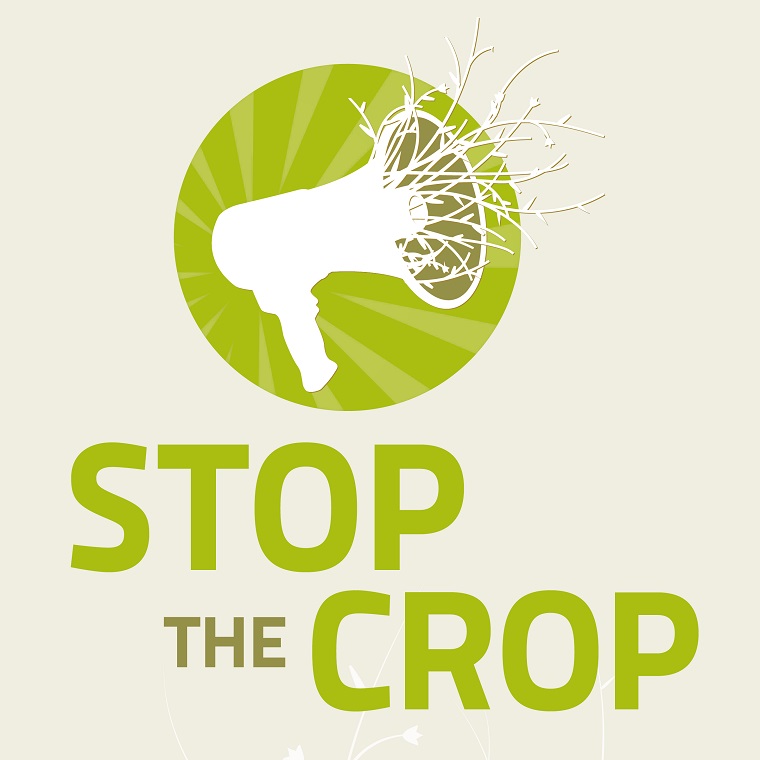 An open door for GMOs? – take action on the EU-US Free Trade Agreement

At the end of June, the European Union and the US will officially launch negotiations for a new free trade agreement known as the Transatlantic Trade and Investment Partnership (TTIP). The plan is to create the world's largest free trade area, 'protect' investment and harmonize regulation. While appealing to big business, the trade treaty poses a serious threat for citizens on both sides of the Atlantic, as it could weaken labour, social, environmental and consumer protection standards. One of the greatest risks includes US negotiators using the trade deal to push for the EU to open its plates and fields up to GM crops.

Everything is on the table

The negotiation agenda is very broad. According to the leaked EU draft mandate it is likely to include “goods and services as well as rules on trade and investment related issues with particular focus on removing unnecessary regulatory barriers”, with the aim of promoting “the untapped potential of a truly transatlantic market place”. Basically, this means tackling what the Office of the United States Trade Representative understands as “technical barriers for trade”, among them EU restrictions on GMOs. (see pp. 61).

One of the core part of the negotiations is that both the EU and US should recognize their respective rules and regulations, which in practice could reduce regulation to the lowest common denominator. The official language talks of "mutual recognition" of standards or so-called reduction of non-tariff barriers. However, for the EU, that could mean accepting US standards in many areas, including food and agriculture, which are lower than the EU's.

US officials state it quite clearly every time they have the opportunity: all so-called barriers to trade, including highly controversial regulations such as those protecting agriculture, food or data privacy are in their sights. Even the leaders of the Senate Finance Committee, in a letter to U.S. Trade Representative Ron Kirk, made it clear that any agreement must also reduce EU restrictions on genetically modified crops, chlorinated chickens and hormone-treated beef.

A unique opportunity for big business

The negotiations are so broad that groups lobbying on the subject range from Toyota and General Motors to the pharmaceutical industry and IBM; not to mention the Chamber of Commerce of the US, one of the most powerful corporate lobby groups in the US. Indeed, Business Europe, the main organization representing employers in Europe, launched their own strategy on an EU-US economic and trade partnershipin early 2012, and their suggestions have been widely included in the draft EU mandate. Regarding agriculture, their demands include an “ambitious liberalisation of agricultural trade barriers with as few exceptions as possible”. Similarly, food lobby group Food and Drink Europe, representing the largest food companies (Unilever, Kraft, Nestlé, etc.), welcomed the negotiations, one of their key demands being the facilitation of the low level presence of unapproved genetically modified crops. This is a long-standing industry agenda also supported by feed and grain trading giants including Cargill, Bunge, ADM, and the big farmers' lobby COPA-COGECA. Meanwhile, the biotech industry on both sides of the Atlantic offers its “support and assistance as the EU and the US government look to enhance their trade relationship”.

No doubt this trade deal is an unique opportunity to achieve through closed and non-transparent negotiations what hasn't been possible so far in a transparent and democratic way. Tactics used to convince Europe to introduce GMOs have even included involving US diplomacy, as revealed by a recent report from Food and Water Europe. The TTIP offers the perfect vehicle to bypass overwhelming opposition to GMOs by EU citizens, as confirmed in every European opinion poll.

According to a professional lobbyist, “EU-US trade negotiations will offer many US firms a second chance to get their interests implemented effectively in Europe. Thanks to this process numerous sectors that have been fighting for change for decades could see their fortunes turn around within a short period of time.” And of course, “US seed companies that for a decade have been struggling to break the deadlock over the authorization for the cultivation of their [GM] seeds now will be presented with the ultimate opportunity to change the entire process to suit their needs.”

The European Parliament will vote 23rd of May on a resolution over the EU mandate for the negotiation of the TTIP. Corporate Europe Observatory and Friends of the Earth Europe have launched a joint campaign, Stop the Crop, to prevent the introduction of more GMOs into Europe's food and farming. We ask you to tell MEPs that EU citizens won't accept the introduction of GMOs through the back door. Public concerns must be debated openly and transparently!

NOTE: The European Parliament already voted. You can read about the results here

After the European Parliament vote, the European Council is expected to endorse the EU mandate to negotiate the TTIP in the Foreign Affairs Council dedicated to Trade on the 18th June. The negotiations could be formally launched on the sidelines of the G-8 summit in Northern Ireland by mid June, and are intended to be finalised by the autumn of 2014.

There is a very simple agenda here, on the part of the Americans. They want "harmonisation of regulation" on all sorts of things, including GM crops and foods. That means no regulation at all, if they can get away with it -- opening the floodgates to GMO products of all sorts into the European food chain. And this is happening -- quite cynically -- just at a time when the impact of Roundup residues on food is being shown to have great and negative health impacts, and when papers are appearing which show that GMOs themselves are dangerous to the animals (and that includes us) that consume them. Surely the EU negotiators cannot be so stupid as to allow the Americans to get away with this? It's down to MEPs to act on behalf of consumers here -- public health is far more important than the commercial interests of a few very evil American biotechnology corporations.

We will not be forced to eat this garbage produced by an aggressive corporation, looking for a monopoly and who produced a few of the most dangerous chemicals in the past.

This must not happen...Europe beware!

We will NOT accept the EU to force us eating GMO's. We demand labelling of GMO's in food. We want Monsanto OUT OF THE EU !!! And I don't ask that politely, for the EU should simply do what the people want them to do. They should be OUR employees, not Monsanto's nor the american's.

We've got to stop this.

this is blackmail to the eu from the us ! either co-operate in this disregard for all life on our planet , for the good of monsanto et all's corporate spreadsheets or no free trade.. in other words, an embargo threat, "deal with us, our way or end up like cuba"

this must be stopped
rebecca h

This is another attack on Europe to force fed GMO. This must be stopped and gmo banned completely. They are toxic to us, to the animals, insects, bees, and ecosystem. In one word they are destroying the planet.

My petition to stop the EU-US free trade agreement could use your support!

Don't let it happen! In the US there is a plague of people with new allergies and food sensitivities, gluten intolerance ect. These things are poison to people here. protect your food!

Firstly, if our Government agrees to the EU's Free Trade Agreement in which the European Union will speak for ALL ITS 28 MEMBER STATES to the USA in ALL matters of Trade-not just food, there is absolutely no point in any once free country, voting for or paying once National Governments if they are continuing paying billions of British Pounds for foreigners to deal forever re TRADE with the US of A. This may even be the beginning of the end of national Parliaments, and as far as the United Kingdom of Great Britain and Northern Ireland is concerned it is all forbidden according to our very long standing Common law Constitution which makes quite clear, that"…all usurped and foreign power and authority…may forever be clearly extinguished, and never used or obeyed in this realm. …no foreign prince, person, prelate, state, or potentate…shall at any time after the last day of this session of Parliament, use, enjoy or exercise any manner of power, jurisdiction, superiority, authority, preeminence or privilege…within this realm, but that henceforth the same shall be clearly abolished out of this realm, for ever

I first came across “Novel Foods”. Something new and unexpected, for I certainly had never heard of it before, and ‘flipping’ through the pages I saw the paragraph in the Official Journal of the EC (16.9.97 L 253/13) beneath the heading, “The Ability of the GMM to survive in and colonise the human gut” with the passage underneath “The genetic modification might facilitate survival during passage through the intestines and colonization of the human gut. Antagonistic and synergistic effects on the composition of the intestinal flora may occur and have an influence on human health. Therefore experimental data are required on the respective properties of the GMO”. I was hooked. And that was my introduction to Genetic Modification and to eventually going round talking to the ladies at local Women Institutes and from what I had read at that time (1997) to get them as involved as I was in writing letters about the forth coming GMO’s in food.

What made me so angry at that time was when I read (28.4.97 C 132/30) that a GM maize had been passed in the EU Parliament, even though 13 out of 15 opposed the placing on the market of a maize, which read, “whereas large scale use of the Bt (Bacillus Thuringiensis) toxin raises environmental concerns”. And also, “and the conclusions of the Scientific Committee for Food on the risks of transmission to man of a tracer gene resistant to antibiotics.” I understand there are still concerns even now