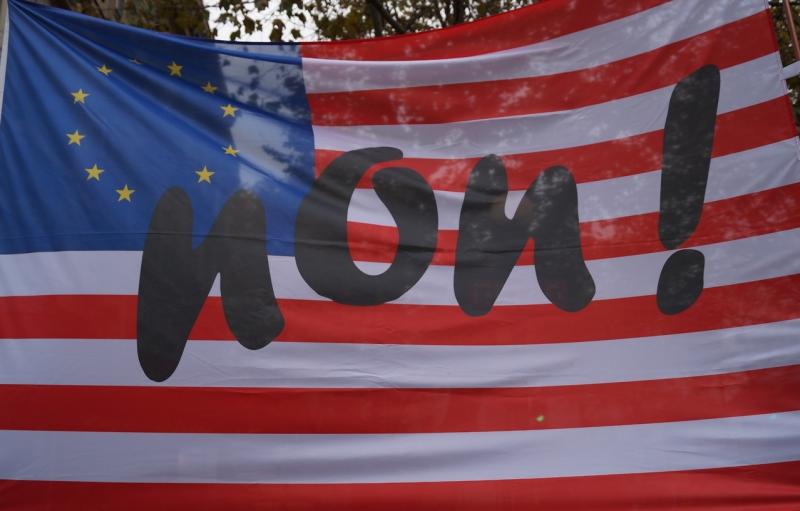 As U.S. and EU trade officials meet in Washington this week for a third round of negotiations on the proposed Transatlantic Trade and Investment Partnership (TTIP) agreement, nearly 200 environmental, consumer and labor groups have urged EU and US officials not to include an investor-state dispute settlement (ISDS) mechanism in the deal. Corporate Europe Observatory is one of these groups.

Here's the text of the letter that was sent to  Ambassador Michael Froman in the US and European Trade Commissioner Karel de Gucht yesterday (16 December):

The undersigned organizations are writing to express our opposition to the inclusion of investor-state dispute settlement (ISDS) in the Trans-Atlantic Trade and Investment Partnership (TTIP).

ISDS grants foreign corporations the right to go before private trade tribunals and directly challenge government policies and actions that corporations allege reduce the value of their investments. Even if a new policy applies equally to domestic and foreign investors, ISDS allows foreign corporations to demand compensation for the absence of a ‘predictable regulatory environment.’

In recent years, the use of ISDS to challenge a diverse array of government policies has expanded dramatically. Inclusion of ISDS in free trade agreements and bilateral investment treaties has allowed corporations to file over 500 cases against 95 governments. Many of these cases directly attack public interest and environmental policies. For the following reasons, we strongly urge you to exclude ISDS from TTIP:

ISDS forces governments to use taxpayer funds to compensate corporations for public health, environmental, labor and other public interest policies and government actions: ISDS has been used to attack clean energy, mining, land use, health, labor, and other public interest policies. In fact, of the more than $14 billion in the 16 claims now pending under just U.S. free trade agreements, all relate to environmental, energy, financial regulation, public health, land use and transportation policies – not traditional trade issues.

Increasingly, corporations are using ISDS to challenge non-discriminatory government measures. For example, EU investors have attacked Egypt’s minimum-wage increase, and a U.S. corporation has attacked the Peruvian government’s decision to regulate toxic waste and close a dangerously polluting smelter under deals with ISDS. In one of the most notorious cases, U.S. tobacco giant Philip Morris launched investor-state cases challenging anti-smoking laws in Uruguay and Australia after failing to undermine the health laws in domestic courts. Particularly because of the significant number of cross-registered companies in the United States and the EU, the number of ISDS attacks on public interest policies would likely increase dramatically if TTIP includes ISDS. Governments must have the flexibility to put in place public interest policies without fear of trade litigation launched by corporations.

European and U.S. legal systems are capable of handling investment disputes: The United States and the EU have very strong domestic court systems and property rights protections. Inclusion of ISDS in TTIP would only provide corporations a new means to attack domestic policies deemed permissible by domestic courts. A state-to-state dispute settlement system is more than sufficient to handle investment disputes in TTIP.

These and other concerns underscore why our organizations are opposed to including investor-state in TTIP. We call on you to exclude investor-state dispute settlement from the agreement.

Yrt another huge assault on an increasingly fragile democracy by the limitless greed of large corporations.