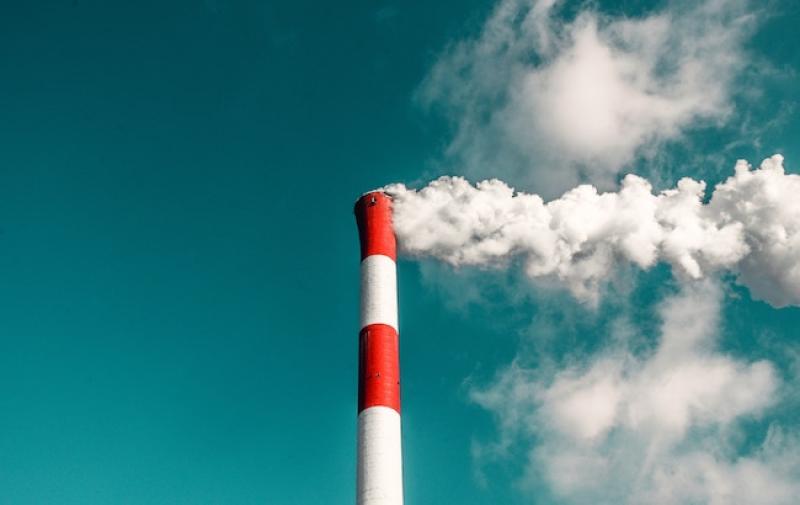 Photo by veeterzy on Unsplash

Brexit or not, the UK needs a far more ambitious approach to climate change

When the dust settles on Brexit it is likely that the British government will need a new approach to climate change. That’s an opportunity to improve upon the EU Emissions Trading System (EU ETS), which has been at the heart of European climate policy since it was introduced in 2005.

Emissions trading is the main policy targeting greenhouse gas emissions at around 1,000 sites across the UK, including power stations, oil refineries, steel and cement works, chemicals plants and other industries, as well as carbon dioxide from planes flying elsewhere in the European Economic Area.

But the EU ETS has consistently failed. The EU is reducing its greenhouse gas emissions far too slowly, and cuts have come despite the ETS rather than because of it. The ETS has even rewarded polluting corporations with billions in unearned subsidies at the expense of ordinary citizens. Big business has profited by passing on the cost of “pollution permits” to consumers, even though many of those permits are received for free. Windfall profits have also been made from sales of surplus permits, with Tata Steel estimated to have made over £700 million this way over a seven year period.

The ETS has established itself as a paradise for corporate lobbyists, who work to introduce loopholes and technical tweaks to save companies money and allow them to avoid making substantial changes to clean up their core business. Exiting the ETS is no bad thing.

Yet the rhetoric of “taking back control” – the rather empty slogan of the Brexit campaign – has certainly not been applied to climate policy. Like many Tory policies, creating a UK carbon market would mean finding a new way to rehash past failures. The main precursors to the EU ETS were a scheme created by BP as part of the company’s lobby against an EU-wide carbon tax, and a UK-wide carbon market created in the heyday of Blairism for a similar purpose. Both of these failed to reduce emissions and resulted in surplus pollution permits.

Theresa May’s zombie Brexit plan would see the UK continue in the ETS until 2020, after which the Tories have announced that they then intend to develop a UK carbon market that would be directly linked to the EU’s scheme. The Tory plan closely echoes proposals from the International Emissions Trading Association, the main corporate lobby group promoting carbon trading.

A UK carbon market that would ultimately be linked to the EU ETS is potentially the worst of both worlds. Linking carbon markets together risks introducing new loopholes for polluters in an already flawed system.

For example, if the UK offered more generous pollution allowances for its steel industry, or allowed the trading of carbon offsets (another way to avoid paying for pollution) from controversial projects in the global South, the environmental integrity of the whole scheme would be further reduced. At the same time, linking carbon markets substantially reduces the chances for the UK to take a fresh approach to climate policy.

Leaving the ETS is not the difficult part. In the event of a no deal Brexit, the UK would initially impose an additional £16 per tonne carbon tax on big polluters like power stations, on top of a £18 per tonne tax (called the “carbon price support”) that they already pay. That’s an improvement on the Tory plan for a new UK carbon market so, if Brexit happens in any form, Labour should support permanently replacing the ETS with a carbon tax rather than continuing with emissions trading.

Carbon taxes have various advantages over carbon trading but they are no panacea, as the fuel tax backlash that triggered France’s gillets jaunes protests dramatically illustrated.

If the UK were to continue with a carbon tax the additional revenue should be targeted towards a transition to renewable energy, improvements in public transport and other climate-friendly measures, while ensuring that these reduce inequalities. State-wide carbon tax proposals in the US, such as a Washington State initiative narrowly defeated in a 2018 ballot, show how this could be done by distributing revenues to green infrastructure alongside the promise of specific funding for low-income communities and support for fossil fuel workers needing to transition to new jobs.

A climate policy adequate to the scale of climate change needs to go far beyond pricing carbon, however. Emissions trading carries significant baggage, with the European Commission and other neoliberal cheerleaders having spent years arguing against additional renewable energy subsidies, direct limits on pollution, aggressive energy efficiency standards, and pro-active investment policies for fear that these could “distort” the carbon market. Brexit offers the opportunity for a clean break, but if the UK remains in the EU it should also argue for reforms to scrap the ETS and put new policies in its place.

Labour under Corbyn is making many of the right noises about this, talking up a green transformation to replace “a dogmatic faith in market mechanisms [that] has failed to reverse or even slow the pace of environmental loss”. As with the Green New Deal proposals currently making waves in the USA, this “green industrial revolution”, as John McDonnell now refers to it, would require massive public investment in clean energy and transport infrastructure, decarbonising the economy while creating jobs in the process. Progress in this direction has seen the recent launch of a Green New Deal group by Labour activists, as well as efforts by Labour’s Clive Lewis and Green MP Caroline Lucas to raise these debates in Parliament.

but we shouldn’t let that distract attention from the more important process of laying the foundations for a new economy that is genuinely geared to stopping the climate crisis rather than subsidising corporations.