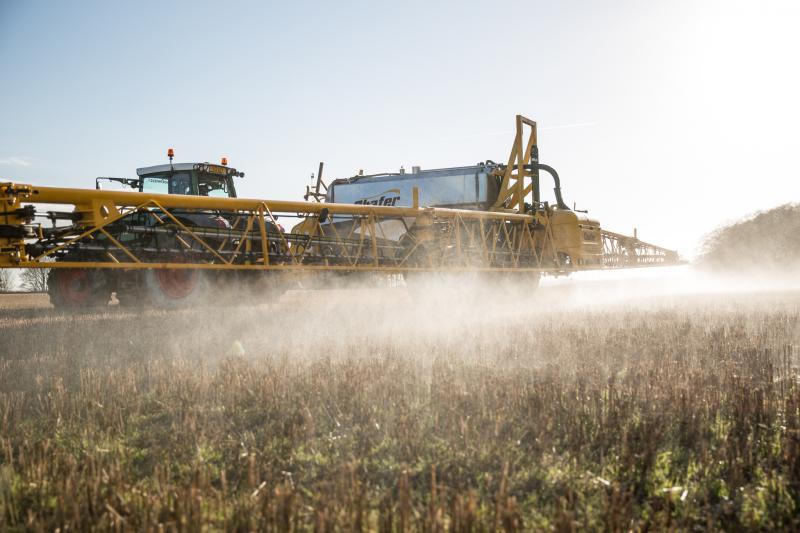 As the new European Commission calls for “an increased level of ambition to reduce significantly the use and risk of chemical pesticides”, in the context of the Green Deal and the ‘Farm to Fork strategy’ , these lofty ambitions are already being watered down via the back door of ongoing trade negotiations.

Corporate Europe Observatory’s new report ‘Toxic Residues Through The Back Door’ reveals how pressure from key trade powers and pesticide corporations – aided by a few member states - pushed the EU to weaken its stance on hazardous residues in imported food. Even residues of dangerous chemicals rightfully banned in Europe could now still end up on the plates of unwitting consumers.

Although, under the 2009 EU pesticide law, chemical substances that cause cancer or disrupt the hormone system were banned from pesticides used in the continent (based on the "hazard-based cut-off criteria"), the reality is now that European citizens will be exposed to the same chemicals via imported food. The European Commission originally proposed to ban traces of these pesticides in imported food or feed. But that position was dropped under the influence of a massive corporate lobby campaign, which started in 2017.

In addition, in 2018, seven EU Member States colluded with industry in this matter: the Netherlands, Austria, Germany, Lithuania, the UK, Poland and Portugal. This despite the fact that the Commission’s own legal advisors wrote an opinion supporting the original position to ban these substances from imports. This opinion however is being kept secret.

This new report by lobby watchdog Corporate Europe Observatory (CEO) is based on documents obtained through Freedom of Information requests, and shows how trade negotiations are already negatively affecting EU food safety standards. Documents released to the Council of Canadians following Freedom of Information requests show that pesticide residue levels were a key issue for a specific joint committee on food standards. The Council of Canadians and Foodwatch Netherlands published a report on these revealing CETA documents 12 February 2020, ahead of a crucial vote on the ratification of this trade deal in the Dutch Parliament this week.

The long-awaited European Commission’s REFIT evaluation of the pesticide and maximum residue regulations, carried out over the same period (2017-2019), will be published at the end of March, according to DG SANTE. The new team of Commissioners is currently debating the issue. If the REFIT report indeed contains the weak approach described in the internal documents released by CEO, then this would raise serious doubts about the new Commission’s ambitious European Green Deal and Farm to Fork strategy. It will also undermine the credibility of Health Commissioner Stella Kyriakides’ own Beating Cancer Plan.

Corporate Europe Observatory researcher Nina Holland said:
“EU leaders keep saying that food standards will not be lowered due to free trade agreements. This story shows those statements to be false. If nothing changes, toxic residues from pesticides banned in Europe will be allowed in imported food. The new Health Commissioner Stella Kyriakides should know that this weakening of public health standards will be unacceptable to numerous Member States, the European Parliament, farmers, environmental organisations and the wider public.”

“Members of the European Parliament should let the Commission know that ignoring the conclusions of the PEST Committee is not an option. They should also demand that the Commission provides them the opinion by its Legal Service. The six EU Member States (and the UK), who helped pesticide corporations and trade partners like the US and Canada to undermine EU standards, should be questioned in their parliaments about why they are not standing up for the health of their citizens.”

The report (with a link to all the documents) can be downloaded here.

Notes to editors:
• During 2017 and 2018 a massive pesticide industry lobbying campaign took place to move the EU away from its zero-exposure stance on hazardous pesticide residues in imported food and feed. The US, Canada, Argentina and other countries exerted months of intense pressure through the WTO; Canada in addition did so through the CETA Joint Committee, in which officials from both trading blocs negotiate according to the CETA treaty. This was revealed last week in a report by Foodwatch and the Council of Canadians. As a consequence, the European Commission back-tracked on its zero-exposure stance.
• The pesticide lobby groups and trade partners claimed that a zero-exposure approach was not compliant with the EU maximum residue regulation and with WTO rules. However, a legal opinion from the Commission’s own Legal Service favoured the zero-exposure approach, but is being kept secret. This legal opinion most likely  contains arguments contradicting the claims of the vested interest groups. For instance, the fundamental goals of the pesticide regulation are clearly being undermined if a zero-exposure approach is abandoned.
• Commission President Ursula von der Leyen announced in January that an EU-US trade deal could be reached “within a few weeks”. Trade Commissioner Phil Hogan also told lobby group BusinessEurope that a US-EU deal could be reached by slashing “regulatory barriers in agriculture”. The US Secretary of Agriculture Sonny Perdue explicitly called on the EU to soften limits on pesticide residues.
• Besides public health concerns, European farmers strongly oppose more double standards. The European Parliament will also be seriously offended, because its conclusions in the 2019 PEST resolution, which demanded a high level of protection regarding hazardous pesticides, would be ignored.
• Six months ago CEO published the report “Trading away protection” examining EU-US trade negotiations, which commenced after US threats of hostile trade measures against EU imports. This report found that US negotiators and corporate lobbyists targeted key European precautionary measures in areas such as chemicals, pesticides, GMOs, and food safety, leading to fears of a lowering of standards. CEO’s new report ‘Toxic Residues Through The Back Door’ provides further evidence that those fears are justified.