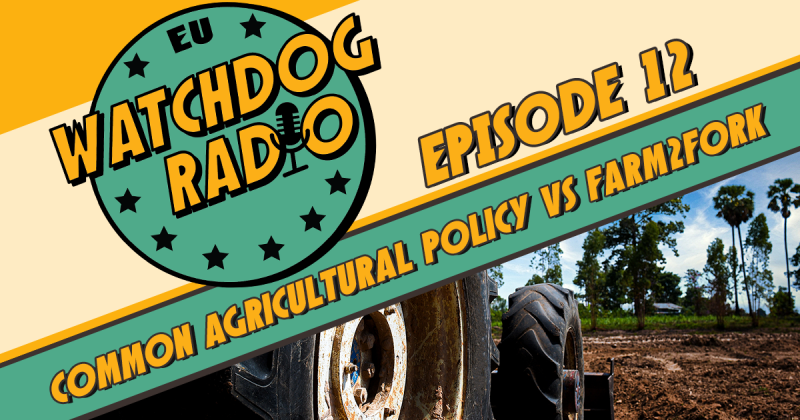 In this new EU Watchdog episode CEO-researcher Nina Holland explains why and how it is possible that the European Parliament and ministers of Agriculture recklessly decided this week - under influence of the powerful agrochemical lobby to go for the destructive status quo on European agriculture.

Nina Holland, researcher at CEO, main author of a very recent CEO-report on the Agrochemical lobby explains how a ‘unholy alliance’ of the big farm and agribusiness lobby group Copa-Cogeca, together with pesticides and food industry giants, have been waging a full-blown lobby battle against the EU's Farm to Fork Strategy as well as the Biodiversity Strategy. The same lobby-alliance also pushed national governments and members of the European Parliament to stop the ongoing Common Agriculture Policy (CAP) reform from being aligned with this new Green Deal. On the basis of this lobby blitzkrieg, EU decision makers then made a choice that basically means another seven years of spending of yearly 60 billion euro going to a destructive CAP, which is not being aligned with the Green Deal. The existing farming alternatives and available scientific guidance to steer agriculture and food production in a more sustainable direction are being completely ignored by most national and EU-policymakers.

Those EU politicians taking these crazy decisions are not only too much under the influence of lobbies, they simply do not seem to know what they are talking about. For example, often they bark at their opponents that policies should be based on “sound science”. But a little over ten years ago an international UN-led panel of hundreds of scientific agriculture experts, published a report that called strongly for a paradigm shift. This Worldbank led initiative was called the “International Assessment of Agricultural Knowledge, Science and Technology for Development” or IAASTD. Now ten years later there is a follow-up called: "Transformation of our food systems - the making of a paradigm shift.” Benny Haerlin , together with Hans Herren the editor of this important work, explains.

Lastly Danish agriculture and food Expert Asger Mindegaard of the European Environmental Bureau (EEB) talks about a fascinating and inspiring project on Agroecology in Europe. Asger and colleagues have been visiting farms all over Europe that already put in practice the new farming methods that are cornerstones of the new food systems that we so urgently need.