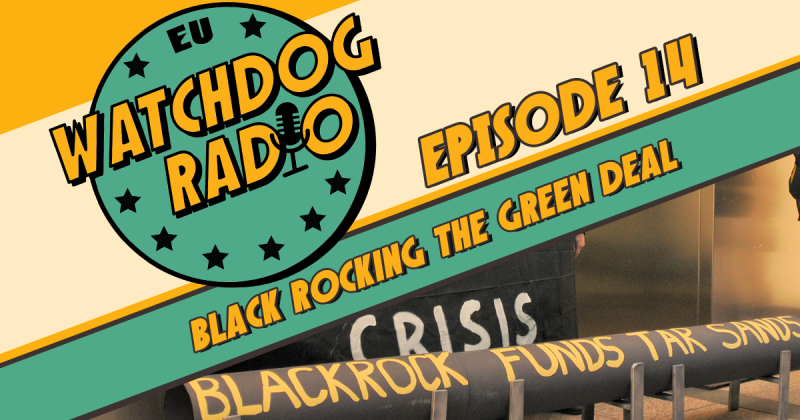 ‘Black rocking the European Green Deal’ is the title of this fourteenth episode in which CEO researcher Kenneth Haar and Jana Leutner researcher at Change Finance, discuss the Blackrock scandal. Together they published a report called “The BlackRock Model”, in which they uncover the scale of the blunder of the European Commission that granted a contract to BlackRock to give advice on ‘sustainable finance’.

On the 25th of November it became cristal clear that the European Commission ignored massive conflicts of interest when it hired the powerful company called BlackRock, the world’s biggest investment fund to give paid advice on how to make the banking sector more sustainable. On that day the European Ombudsman published a thourough decision on this case, after a complaint that was filed by CEO and the Change Finance coalition, joined by some MEPs.

The European Ombudsman stated that The European Commission did not properly consider conflicts of interest when it granted the  contract to BlackRock - being  the world’s largest asset manager with $7.8 trillion in assets and being a big investor in fossil fuels and also in companies that contribute big time to deforestation. The Change Finance coalition, believes the Commission should drop the contract and start afresh.