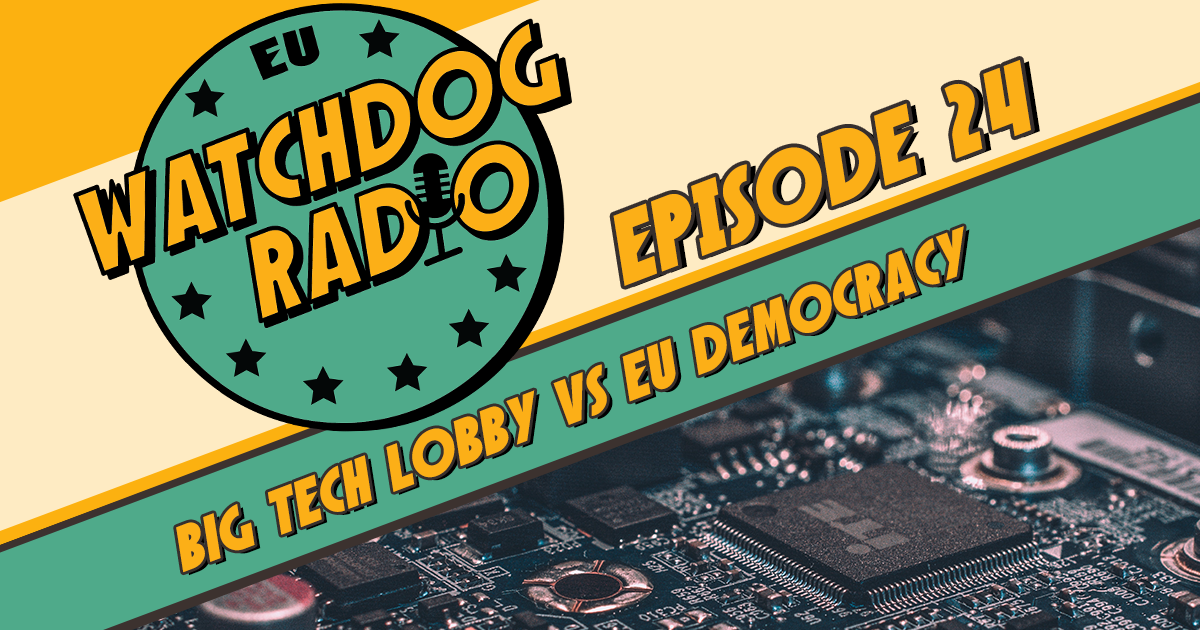 In this new episode of EU Watchdog Radio, we start with a Bang. This podcast is about how the big digital corporations and platforms like Facebook, Google, Amazon and others try to influence European policy making to keep their business models intact.

New research by CEO and the colleagues from the German association LobbyControl, shows the incredible lobby firepower of Big Tech. The new study ‘The Lobby network, Big Tech’s web of influence in the EU’  provides a unique and detailed analysis of the lobbying power of tech companies at EU level. It maps the biggest players, their networks and countries of origin, and uncovers their lobby budgets and access to EU decision makers. The research also unveils how this lobbying power plays out in practice in the context of ongoing EU policy debates on the Digital Services legislative pack.

In this episode Max Bank, a researcher and campaigner at LobbyControl, a non-profit association which advocates for transparency and democratic control, gives the details about the Lobby firepower.

This lobby surge comes as the European institutions are now discussing more stringent regulations on tech companies via the Digital Services Act (DSA) and the Digital Markets Act (DMA). CEO-researcher and campaigner Margarida Silva explains why everyone should be worried about this big Tech lobby surge and the democratic problems it entails.