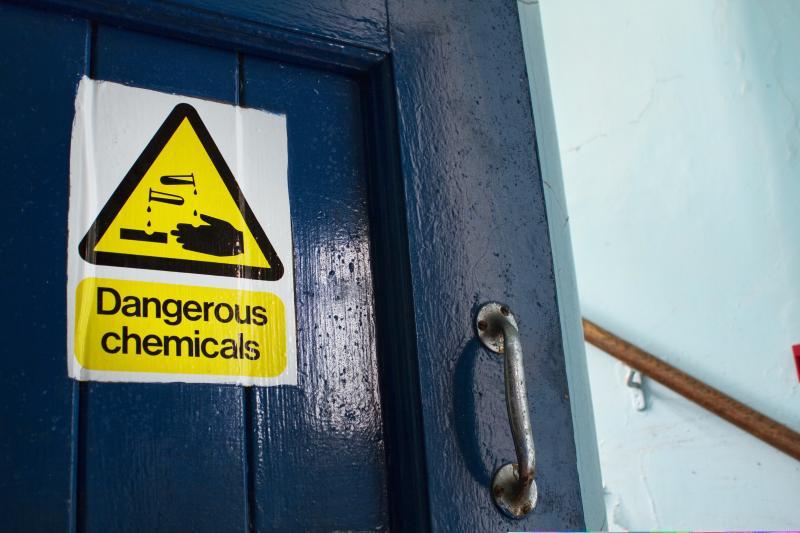 Rumours abound that a key piece of legislation aimed at protecting citizens and the environment from toxic chemicals is about to be kicked into the long grass.

This article first appeared in EUObserver.

Two years ago today, the European Commission announced a massive overhaul of EU chemicals regulation as part of the European Green Deal. At the time campaigners called it “transformative” and demanded speedy implementation of its ambitious goals to deliver a toxic-free environment and zero pollution. The climate crisis, biodiversity collapse, and the legacy of chemicals in our bodies (and those of our children) are just some of the reasons why this is urgent.

The overhaul includes various components and some are already moving ahead, including the ban on ‘forever chemicals’. But a crucial element – revision of the 2006 REACH regulation which registers, evaluates, and restricts chemicals – is looking increasingly in doubt.

The Commission originally promised to deliver the REACH revision by the end of 2022, and if it is not part of its 2023 work programme, MEPs and member states will not have time to get to work on it before the European Parliament elections. But the sharks are circling around the proposal and there are rumours that it could be dropped from the Commission’s agenda. If true this would be a major coup for the chemicals industry and its political allies.

Industry has been increasingly demanding a postponement of the REACH revision. The revision would make the chemicals regulatory process more efficient and more effective – and therefore more likely to restrict or ban toxic chemicals. The German chemical industry association (the VCI) recently made a plea to German and EU policy-makers to stop “slowing us down with ever new, unaffordable requirements.” It has now demanded a “reassessment” of the EU’s proposed chemicals regulatory overhaul.

Meanwhile in July the president of big business lobby group BusinessEurope, whose members include German chemical giants Bayer and BASF, said “there is the big question as to whether [the REACH revision] is necessary at this moment in time”.

But industry hardly needs to voice these demands itself; parliamentarians from the political right are actively parroting their agenda for them.

In April, the German centre-right parties (CDU and CSU) included the REACH revision in a list of EU environmental and social proposals which they said should be put on hold, using the Ukraine war as a pretext. In May, a Vice-President of the European Parliament’s EPP group proposed to Commission President Von der Leyen a “legislative embargo” on new regulations which are “burdening” business.

And just last week, right-wing groups in the European Parliament called a plenary vote on such a moratorium. They lost, but by clubbing together with the extreme right they secured the support of almost 300 MEPs.

The EPP argues that a delay in the REACH revision proposal is vital to avoid “unnecessarily [increasing] costs for businesses already under strain.”

Certainly industry across Europe is being impacted by rising energy prices, but Swedish NGO ChemSec’s recent analysis of the financial statements of major chemical companies shows little evidence of “strain”. In fact profits are up and the impact of the war is, in industry’s own words, “marginal”. This comes off the back of a decade of chemicals industry growth. And meanwhile, BASF has a “lucrative link-up” with Gazprom, the Russian gas company.

Instead, it seems that the Ukraine invasion and the subsequent cost of living crisis are being instrumentalised to try to avoid essential legislation on chemicals and a host of other vital issues too.

Strikingly this is very reminiscent of the lobby battle that raged 15 years ago when REACH was first set up.

Back then REACH was the target of one of the biggest lobby campaigns ever seen, with the chemicals industry pulling out all their influencing tools including producing dodgy research, mobilising political allies, and making proposals for endless loopholes. Crucially, the chemicals industry reframed the debate on REACH as being about jobs and competitiveness rather than health and the environment.

When it was finally passed REACH was still considered an unprecedented effort to regulate toxic chemicals, but it has not aged well. The loopholes and compromises which industry won in 2006 have led to a regulatory log jam. As a recent report by the European Environmental Bureau illustrated, REACH takes years, sometimes a decade or more, to regulate hazardous chemicals, and crucially these toxic potions remain on the market during this period.

It is imperative that President Von der Leyen and her colleagues learn the lessons from the REACH lobby battle of 15 years ago. They must not fall for another round of scaremongering from industry and their allies as they make the final decision about what is in and what is out of next year’s EU legislative programme.

The chemicals industry is very influential in Germany, but nevertheless the German government was one of eight countries which recently urged the Commission to stick to its timetable for the REACH revision proposal.

If the German government can resist the influence of the German chemical industry on this issue, surely President Von der Leyen can too. Instead of capitulating to vested interests, she must deliver on her promises to protect citizens and the environment across the EU.

When the Commission finally published its 2023 work programme on 18 October, it was a huge disappointment.

In addition, the Commission failed to deliver on its promise to stop the export of banned toxic chemicals, meaning that thousands of tonnes of hazardous pesticides can still be sold around the world. Combining all of this with President Von der Leyen's announcement today that she will introduce a "competitiveness check" on all new legislation, the chemicals industry must be feeling very content with what its lobbying has delivered.