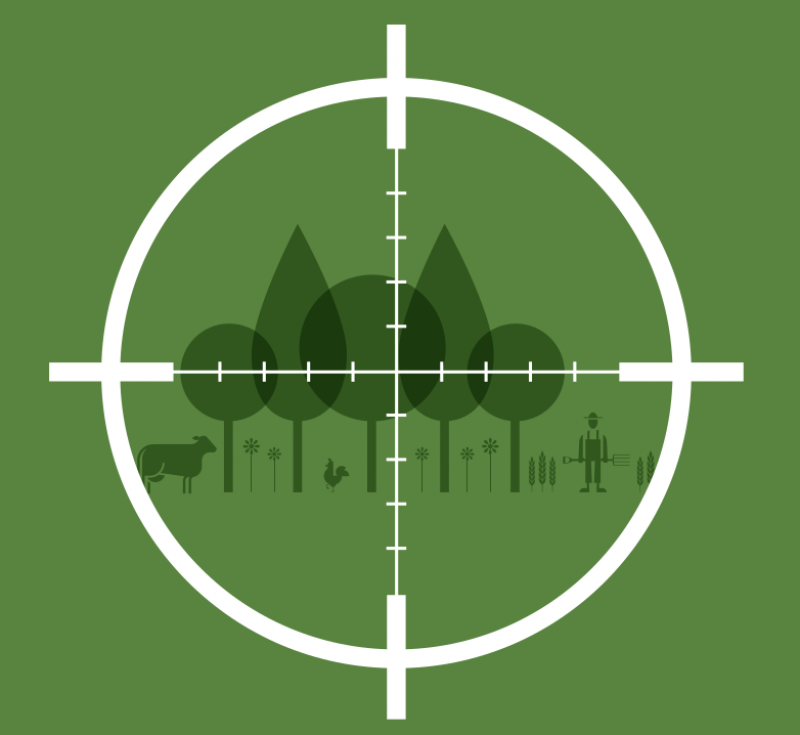 The factories of the industrial bioeconomy threaten the climate and biodiversity

The Bio-based Industries Joint Undertaking (BBI) was created in 2014 following a lengthy corporate lobby campaign, particularly by the biotech, forestry, and chemical industries. This market creation and support package is given by the European Commission to these industries to implement the EU’s ‘bioeconomy’ strategy.

The BBI was to receive €975 million from the EU’s budget, representing 21.8 percent of all the money spent by the EU in the second “Societal Challenge” identified by the EU’s 2014-2020 Research Framework Programme, Horizon 2020: ”Food security, sustainable agriculture and forestry, marine, maritime and inland water research, and the bioeconomy”.

The general idea behind the industrial bioeconomy is to partially re-place fossil fuels with ‘biomass’ (biological matter, mainly the output of agriculture and forestry) in industrial processes, under the premise that ‘biological’ equals ‘circular’ which in turn equals ‘sustainable’. This how-ever is not necessarily the case. Indeed, the production of biomass in Europe has been plateauing over the past 15 years, and most of the current production is only achieved through unsustainable farming and forestry practices. The additional demand triggered by this industrial ‘bioeconomy’ can only be met at the expense of food production and the integrity of the remaining functioning ecosystems in Europe and abroad. Despite the BBI’s insistence that its projects do not compete with food production, 24% of the projects it funded are based on agri-cultural biomass, 60% more than what was originally planned.

BBI’s objectives include to “contribute to a more resource efficient and sustainable low-carbon economy”, but it ignores the destructive consequences of its projects on Europe’s terrestrial carbon sinks, soils and forests. Increasing biomass extraction without imposing reductions in the use of fossil fuels combines the worst of both worlds: eliminating existing carbon sinks while emitting even more CO2. Only 10 percent of all BBI-funded project coordinators predicted that their initiatives would have a positive impact on biodiversity, and only 27 percent anticipated having a positive impact on the sustainable management of natural resources.

EU-15 countries got the lion’s share of the total BBI funding, with 87.8 per cent of the participants coming from these countries versus 8.8 per cent from the EU-13.

Building a European industry that feeds on biomass without sufficient domestic supply means a considerably increased risk of resource grabs elsewhere, particularly in the Global South where most of the planet’s biomass is found. Should the path toward European sustainability really be about neocolonial imports of wood, oil, and sugar from the tropics again at the expense of the climate, biodiversity, and livelihoods of the people living there?

BBI has dedicated more than 70% of its budget to date to funding pre-commercial and commercial-scale industrial projects for the pro-duction of various biomass-based items such as plastics and fuels. This is questionable: should pre-commercial and commercial-scale factories really be eligible for EU research funding, meant to fund re-search that is too risky for the private sector, when these projects have already been tested at the demonstrator scale, when the technology-related risks are minimal, and when the amounts involved are so significant? BBI also supports projects that include regulatory, lobbying, and public relations work to sway EU regulators and public perception to favour bio-based industries’ priorities and products. Why should any of this be supported with public research funding?

Due to a lack of transparency, the results of the research projects funded by the BBI are difficult to evaluate. Companies systematically privatise results and data regarding their projects, and the evaluation indicators used are so narrow that they at least initially completely failed to take social and environmental impacts into account.

While all BBI projects were supposed to be funded by both public money and industry’s in-kind and financial support, the latest figures available show that participating companies had only paid a small amount of what they had promised. Thus when the European Commission had already paid 27 per cent (€264,6 million) of their pledged cash contributions, industry partners had only paid 3 percent of theirs, along with just 3.7% percent of their auditable in-kind contributions. These companies are also opposed to disclosing the data that would enable a proper evaluation of these in-kind contributions.

The European Commission’s DG Research is well aware of these failures, but has so far only slightly reduced its overall financial funding to BBI and continues to support the creation of the body’s successor, ‘Circular Bio-based Europe’.

While all this could point to cases of industry abusing the system, they are also consistent with the way in which the BBI was set up: its overall research agenda as well as its annual work plan have been authored by industry. Given such a set-up, that participating companies would divert BBI’s resources for their own pre-existing priorities, instead of meeting societal challenges, was to be expected. This set-up is however expected to remain unchanged for BBI’s successor: industry has already started drafting its Strategic Research Agenda until 2030.

Member states and the European Commission are currently negotiating the EU’s 2021-2027 budget, in particular Horizon Europe, the next EU Framework Programme for Research and Innovation. Meanwhile the corporate lobby groups interested in the development of the industrial bioeconomy – led by EuropaBio, the European lobby group of the biotech industry – are lobbying for the BBI’s successor, ‘Circular Bio-based Europe’, to be expanded with even more public money. Given the central role that member states expect the EU’s Bioeconomy strategy to play in the upcoming European Green Deal, and the support for ‘Circular Bio-based Europe’ expressed by the European Commission in its recent Circular Economy Action Plan, it is unfortunately quite possible that the bioeconomy lobby will prevail.