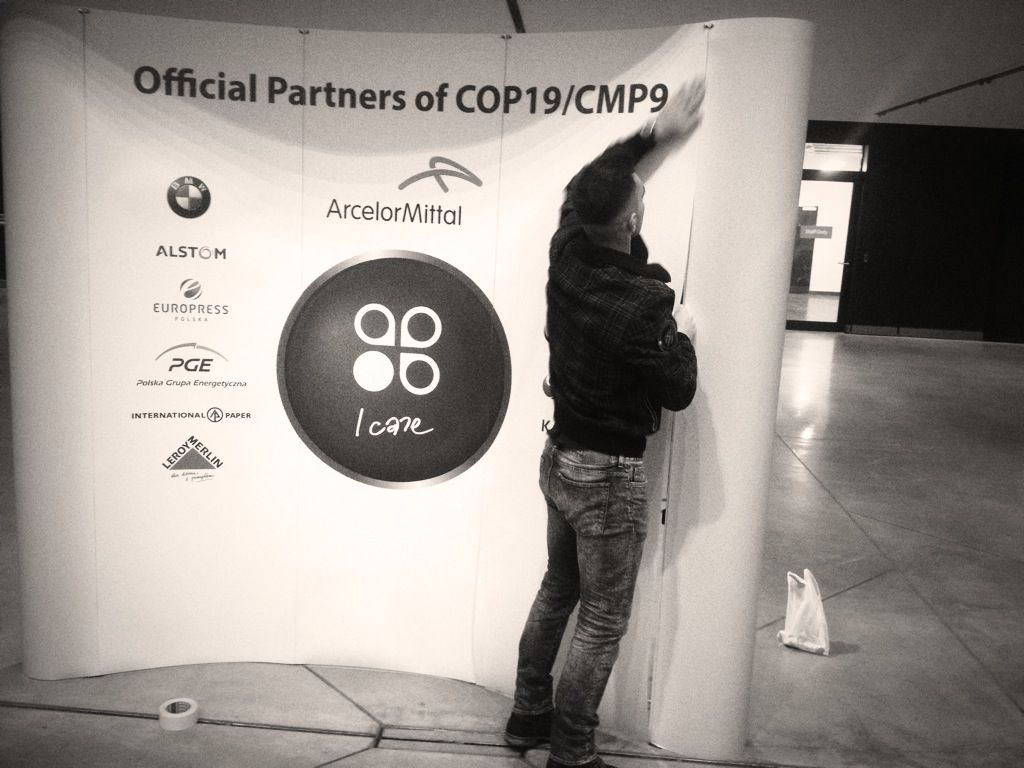 Corporate Europe Observatory, as a member of Climate Justice Now, was asked to take part in a closing press conference at the UN climate talks on Friday 22 November. As we had already walked out of the talks, we were not able to deliver it in person, but instead presented a short written text, which we've made available below.

As COP19 in Warsaw comes to a close, what will it be remembered for?

I see two things: the stand taken by social movements, trade unions and NGOs in walking out and saying enough is enough when presented with the pitiful offerings on the table from rich industrialised countries.

But also the explicit and brazen increase in the role and access of big business – particularly dirty energy corporations.

From polluting corporate sponsors like ArcelorMittal, BMW and shale-gas happy PGE and LOTOs to a business-only pre-COP.

Or the endorsement of the coal summit by both the COP19 Presidency and the UNFCCC executive secretariat Christiana Figueres.

Rather than standing up to it or accepting there is a problem, as more than 150 organisations pointed out in their joint declaration, the UN has welcomed the increased role of business in addressing climate change, gradually rebranding it as the 'solution' rather than the cause.

This comes also comes from our capitals where corporate lobbyists such as the International Emissions Trading Association or the International Chamber of Commerce pressure our governments into accepting business-friendly solutions that make large profits for corporations but don't cut emissions.

Instead they harm local communities and environments, for example carbon offsetting and trading, REDD+ or technologies like shale gas, CCS or biofuels and biomass.

If we are serious about tackling climate change and serious about using the UNFCCC as a space to tackle it, those leaving this COP need to send an alarm call to our movements and our communities, but we also need to sound a rallying call so that in Paris 2015 we're not faced with the same situation.

We need to build our own power in order to be heard by our governments, but we also need to undermine and dismantle the power of dirty corporations and the influence they have on our governments. These are two sides of the same coin.

Other UN bodies have taken action against harmful industry, such as the World Health Organisation in creating a firewall between the tobacco industry and public health officials.

The same applies to the interests of the fossil fuel industry and those whose business models rely on high emissions.

We will be back in our capitals building the climate justice movement but the UN also needs to take on this fight and show us that it is serious about putting the interests of people and the planet before those of big polluters.

Without removing their influence at national and international level, this process will never deliver the equity, ambition and finance that will prevent catastrophic climate change.

For more information on the walkout, see http://corporateeurope.org/blog/polluters-talk-we-walk

For more information on the joint declaration signed by more than 150 organisations against the corporate capture of the COP and the push for false solutions, see http://corporateeurope.org/climate-and-energy/2013/11/cop-19-climate-cap...

For more information on the open letter to kick fossil fuel lobbyists out of the UNFCCC and beyond, see http://corporateeurope.org/blog/open-letter-calling-rules-protect-integr...