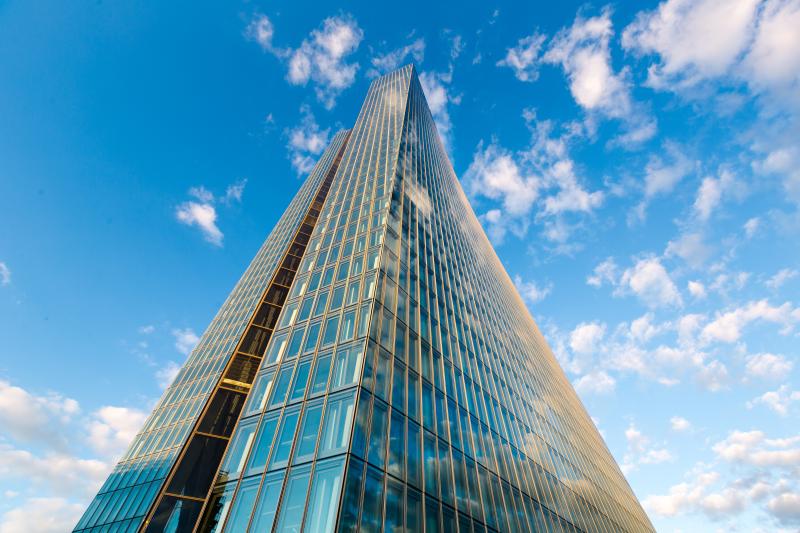 Greece: the scary power of the ECB

The actions of the European institutions ahead of the Greek elections seem hell bent on undermining a potential new Syriza government. The European Central Bank in particular is taking on an outright political role.

On Sunday the Greeks will go to the polls, and all signs indicate that the country will take a solid turn to the left and Syriza will get the required backing to form a new government. That will lead straight to months of a high level poker game, and inevitable confrontation between the new government and the European institutions. The cornerstones of EU crisis policies – be they the austerity policies, or debt-creditor arrangements, including with the Troika – will meet a serious political challenge, a new government representing millions who have simply had enough, pitted against the power of the EU institutions.

In fact, the struggle has been ongoing for quite a while, with both the Commission and the European Central Bank (ECB) stepping into the Greek electoral campaign as opponents of Syriza. The EU bureaucratic elite is very much part of the game in Greece. Already at the first hint of an upcoming general election, the EU Commission President Juncker lashed out at Syriza, saying he thought ”the Greeks ­– who have a very difficult life – know very well what a wrong election result would mean for Greece and the eurozone," warning against “extreme forces".
And the power of the ECB has been unashamedly applied in a way that doesn’t quite square with its mandate. A case in point is its quantitative easing, the massive injection of capital to the tune of 1.1 trillion euro decided yesterday by the ECB, in that its timing and design could be seen as in part an attempt to influence the outcome of the Greek elections.

A decision by the ECB to engage in quantitative easing to fight deflation in the Eurozone has been under way for a while, but till the very last moment, there was uncertainty about the scale and the approach. The German government and its closest allies, for their part, pushed for a version that would ensure that pressure on Greece is maintained or even increased, stressing the need to ensure that in relation to quantitative easing, “some additional eligibility criteria will be applied in the case of countries under an EU/IMF adjustment programme” Merkel said, "It must be avoided that any action taken by the ECB in any respect whatsoever could result in the impression that what needs to be done in the fiscal and competitive spheres could be pushed into the background."

Though a programme of quantitative easing is in theory supposed to stimulate the European economy as a whole, the ECB followed this German demand, and on Thursday, only four days before the Greek elections, it was revealed that it would buy government bonds at an unprecedented scale from all Eurozone countries, except for Greece and Cyprus. “Some additional eligibility criteria will be applied in the case of countries under an EU/IMF adjustment programme”, Draghi said on the occasion of the decision, echoing Merkel.

However, in the case of Greece, the quantitative easing program could be extended to buy Greek government bonds as well, provided the country’s government would conclude an agreement with the Troika by 28 February at the latest. This seems like brinkmanship – in that it appears to force any newly elected left government in Greece to a disadvantage in negotiating with the Troika in its first month of power.

The ECB in the Greek elections

The main current Greek government party, New Democracy, immediately snatched the news and made it a key plank of their election campaign. “While our policy guarantees Greece’s full participation in this new era for Europe, the central position by the main opposition party keeps us with certainty out of this program. We have made many sacrifices to get here. It would be devastating if we were to lose the opportunities that are coming,” the current Greek Prime Minister Samaras said, in a last ditch attempt to gain ground against Syriza.

For Syriza, the problem is the party’s top priority to fundamentally change the agreements with the Troika, and it has set out to change the terms of debt policies as well. Their plan is for at least half of the Greek debt to be cancelled; first and foremost the debt to the Eurozone and the ECB. These are promises that are hard to go back on, if Syriza gets into power, as they strike to the core of the humanitarian crisis in Greece. This crisis moreover, will not be relieved in the slightest by the new programme of quantitative easing, but only via some sort of roll-back or outright deletion of the Troika austerity programmes.

Clearly the ECB has chosen its design and timing for its quantitative easing programme in a manner that is intended to be helpful to the party currently in power in Greece, the conservative New Democracy, as it fights an election this weekend.

What is the ECB allowed to do?

That begs the question: just how political is the ECB allowed to be? Is it not supposed to stick to monetary policies? At the moment, another ECB bond-buying programme is being scrutinized by the European Court of Justice at the behest of the German constitutional court. The German agenda is for the ECB to refrain from buying bonds through the so-called OMT programme (Outright Money Transactions) at secondary markets, ie not directly from governments. A few weeks ago, the Advocate General of the ECJ issued a favourable opinion on the programme, but in his words of advice  we find two telling conclusions.

First, the Advocate General stresses that the European Central Bank should not be involved in programs on economic policy, whether or not tied to the debt. He states they should “refrain from any direct involvement in the financial assistance programme that applies to the State concerned”, a formulation that has led even former Economy and Finance Commissioner Olli Rehn to see "the beginning of the end" of ECB participation in the Troika. If this is the case, if such fundamental objections can be raised to ECB participation, this begs the question: how could the Troika have been doing its business almost unchallenged for almost five years?

The second point seems to offer part of the explanation. The Advocate General reflects on the role of the Court of Justice vis-à-vis the European Central Bank and states “the ECB must have a broad discretion when framing and implementing the EU’s monetary policy, and the courts must exercise a considerable degree of caution when reviewing the ECB’s activity, since they lack the expertise and experience which the ECB has in this area.” In other words, it may be that the those who run the ECB cross the line, and overstep their mandate, but they are the experts.

The scary power of the ECB

When taken together, the conclusion is scary: there are strict limits to what the ECB is supposed to do and was set up to do, but due to naked power relations in Europe, those limits are pretty relative. In the course of the crisis, it has stepped in as a political factor with an unmatchable weapon in its arsenal – the power to shut off access to money – and has used it unashamedly to push a political agenda, that of austerity. This brings a concept to mind, hatched by a Greek state theorist and philosopher Nicos Poulantzas – that of “authoritarian statism”, which conceptualises the sidelining of constitutional rules when major elite interests are at stake.

For Syriza this shows once again that should the party win the elections, they will be in for a serious battle if they stick to their promises to fundamentally change the (Troika) rules by which the country is governed at the moment. With powerful European institutions on the other side, it seems to be a battle that can only be won if there is a popular response in the rest of Europe to counter renewed attempts by the ECB and other institutions to squander social rights in Greece and block social change.

Blog
Inside the Brussels' Bubble