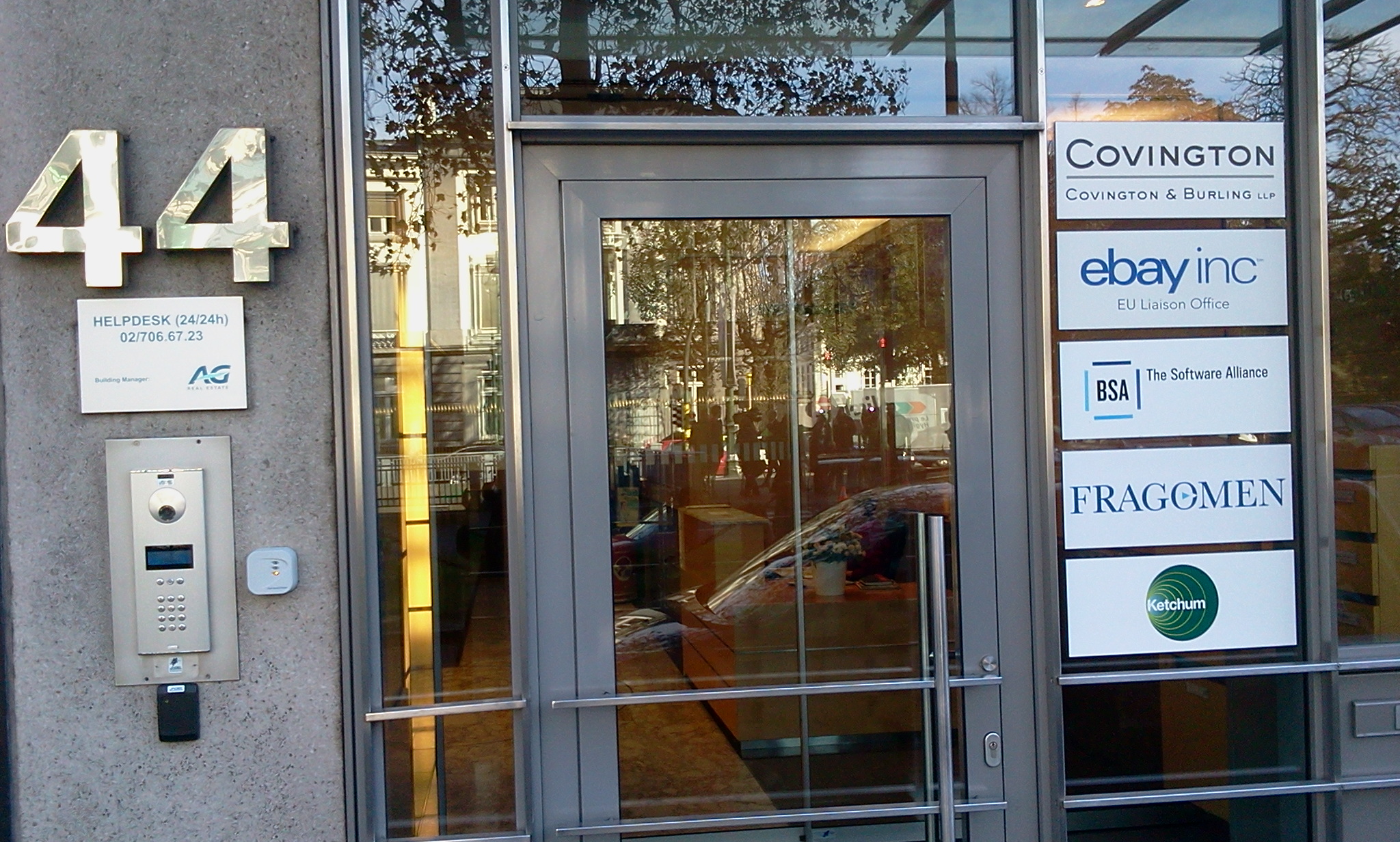 The review of the EU's Transparency Register for lobbyists is entering its crucial final phase. The working group on the register review - consisting of Commissioner Maroš Šefčovič and MEPs led by German Christian Democrat Rainer Wieland – is expected to make important decisions in a meeting on November 13th. The current register has several serious shortcomings that need fixing (as documented in an in-depth report by the ALTER-EU coalition in June), which is why ALTER-EU is running an urgent action to demand that the register is overhauled. But perhaps the most important is the continued boycott of the register by law firms that lobby. The credibility of the EU's lobby register is at stake unless the law firms are forced to register.

In mid-October, the New York Times published one of the most important investigations this year into EU lobbying, exposing important facts about a little-known aspect of corporate lobbying in Brussels: the lobbying by a dozen or more international law firms, many of which are US companies. Eric Lipton and Danny Hakim, award-winning journalists, dug deep into the issues and managed to get law firm lobbyists to talk about their lobby successes. The article highlights lobbying by Hogan Lovells that led to a US semiconductor company being given an exemption to EU environmental law enabling it to continue using a potentially hazardous chemical substance. Lipton and Hakim show how Covington & Burling’s lobbying on behalf of pension funds prevented the introduction of restrictions on pension funds to invest in private equity. The law firm is now lobbying for oil companies like Chevron and Statoil to avoid restrictions on fracking. The article also describes how Baker Botts is gearing up to lobby to help companies weaken EU rules as part of EU-US trade negotiations (TTIP). These are just a few examples.

The article – a must-read for everyone with an interest in how the EU's decisions are made – shows that large US law firms are active in Brussels lobbying in very much the same way as lobby consultancy firms, but with one significant difference. Whereas the majority of consultancies are registered, law firms continue to boycott the EU's voluntary lobby transparency register and therefore do not disclose their clients or any other information about their lobbying. Five years after the Commission established the lobby register, virtually none of the law firms with Brussels lobby activities are registered. Law firms continue to claim that they are obliged to provide client confidentiality (something that is true when it comes to defending clients in court cases, but obviously not when it concerns a completely unrelated lucrative side-business that these firms have developed: lobbying).

The boycott by law firms reveals the weakness of the voluntary approach of the EU's Transparency Register. In the US, where lobby disclosure is a legal obligation, law firms are registered and in fact they dominate the list of biggest spenders in lobbying. Hogan Lovells and Covington & Burling are both in the top-20, with a lobbying turnover of US$9.2 and US$8.7 million respectively in the first three quarters of 2013, as fresh data from the US register shows. In the US, the lobby register was voluntary until 1995, when lawmakers opted for a mandatory register, precisely because law firms continued to refuse to sign up under the voluntary model. The lesson for EU decision-makers should be easy to draw, but unfortunately there is little appetite for making registration mandatory.

The responsible EU Commissioner Maroš Šefčovič told the New York Times that: “He was considering writing a letter to the law firms that are ignoring the register, pushing them to comply”. This hardly seems an adequate or effective measure. In speeches earlier this year Commissioner Šefčovič expressed a clear preference for continuing the voluntary approach, but recently, in the context of the register review, he has stated that moving to a mandatory register is an option that will be considered. One thing is clear: if the law firms get away with a continued boycott of the lobby register, they will attract even more corporate clients because they can offer them lobbying services away from public scrutiny.

During hearings with stakeholders on the review of the register this summer, the representative of the law firms used strong words to warn against a stricter approach. Because of the apparent unwillingness among key decision-makers to abandon the voluntary approach, there is a risk that a special arrangement will be made to lure the law firms into registration, allowing them to disclose less than other organisations. Even if this would work in terms of getting the law firms to sign up, it would undermine the transparency value of the register (which is already low because disclosure requirements are far more limited than is the case in the US, for instance). This has been the dynamic of the voluntary register since the beginning: different groups of lobbyists have demanded - and been given - weak disclosure requirements in return for registration.

Only a mandatory register would enable the EU institutions to escape this dynamic and ensure that virtually all lobbyists are covered by the Transparency Register. Disclosure requirements also need to be broadened and deepened to provide comprehensive transparency about who lobbies the EU, on whose behalf, with which budget and on what issues.

NB. Since CEO published this blog, Der Spiegel has published an article on Rainer Wieland who, as well as being an MEP and chair of the high level group reviewing the EU Transparency Register, is also a partner at the law firm Theumer, Wieland & Weisenburger. Mr Wieland is listed as the firm's (only) expert in "European law". The firm has offices in Stuttgart and Brussels; Theumer, Wieland & Weisenburger are not members of the EU lobby register. Olivier Hoedeman, speaking on behalf of CEO told Der Spiegel: "This is a classic conflict of interest. It's hard to imagine that this man is neutral". CEO demands that no MEP should also hold second jobs which involve representational activities such as being a lawyer or a lobbyist. Since the article was published, the co-President of the Greens in the European Parliament, Rebecca Harms, has said: "There is a fundamental and inherent conflict of interest in Mr Wieland's role in charge of the body tasked with reforming the EP's lobbying rules". Read more including Mr Wieland's response in Der Spiegel.

Blog
Inside the Brussels' Bubble