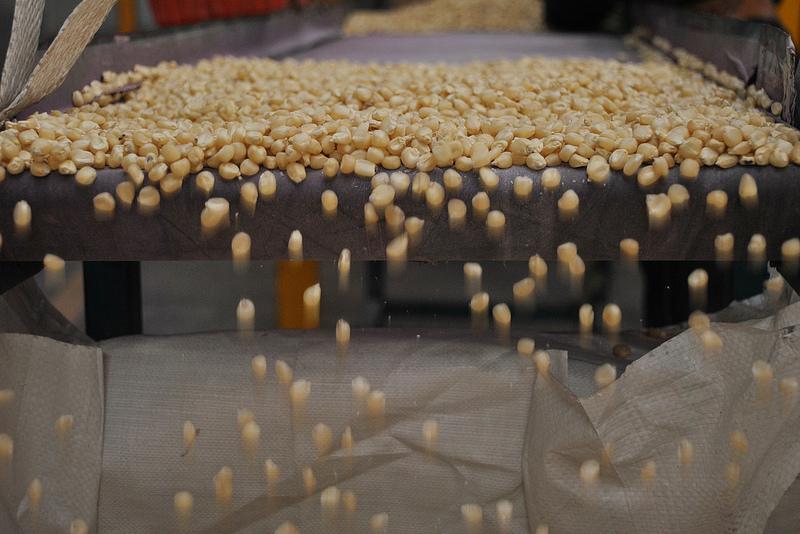 Is the seed industry about to win a decisive victory in the battle over food chain control?

One of the last hot topics in the European Parliament before the 2014 elections is a new set of rules on seeds marketing. This text is extremely important for all players in the food chain: seed savers, farmers and the seed industry of course, but also environmentalists, consumers and the agro-industry at large. The European Parliament has appointed a rapporteur on the issue, Italian MEP Sergio Silvestris (EPP) who is now co-hosting a dinner event with the European Seed Association (ESA), the seed industry's lobby group in Brussels.

The EU is about to reform the entire EU legislation on seed marketing (12 directives), turning it into a single regulation for all member states.1 Such a reform, which narrows the scope for interpretation at a national level, represents a unique opportunity for the seed industry to consolidate its dominance in this sector and to get rid of “competitors”.

In this instance, the “competitors” are farmers, organic breeders and individuals that currently produce agricultural seed varieties outside the conventional industrial framework and which are free of intellectual property rights.2 Their ecosystem-specific production model has major benefits for cultivated biodiversity, sometimes referred to as “humanity's life insurance policy”,3 but does not fit the monoculture model inherited from the past decades.4 As seeds are the starting point of the whole food chain, controlling this sector is absolutely key and this has not escaped the attention of agro-food giants such as Monsanto, Dow, KWS and Syngenta, all represented by the European Seed Association (ESA). Today, the four biggest companies in the sector control about 58 per cent of the global market and this concentration is increasing.5

Since the beginning, industry's influence on this reform has been noticeable. Last April, CEO documented a conflict of interest within the unit at DG SANCO (the European Commission's Health and Consumers department) in charge of drafting the regulation. A key expert sent by the French State to work within the Commission was, in fact, a senior lobbyist for the seed industry.6 As far as we know, no concrete action was taken by the European Commission to solve this problem. Furthermore, when the Commission presented its new regulatory proposal to the public in June, no representative of organic sector, small farmers or seed savers was invited as a panelist to comment – but the agro-industry was.7

The Commission's proposal tried to prevent opposition from the organic sector and seed savers by introducing exemptions to the rules, but both heavily criticised these for being too limited.8 ESA on the other hand fights these exemptions and seems confident it will win the battle. Its secretary general G. Von Essen expressed such feelings in his concluding remarks to the lobby group's October 2013 general assembly, to which all relevant public administrations were invited (European Commission, Community Plant Variety Office, European Patent Office):

“I think we had a very fruitful exchange on the Commission’s proposal, specifically between the seed companies and their customers, the European farmers and vegetable growers. And we apparently have the same concern that the many derogations and exemptions in the proposal will weaken the system and provide less traceability, quality and health control and with that consumer and environmental protection.”9

Now that the co-decision process has started and the European Parliament will discuss the Commission’s proposal, the lobbying efforts of ESA are targetting the Parliament's Agriculture Committee and particularly the rapporteur in charge of writing the Parliament's draft position on the matter, Italian MEP Sergio Silvestris (EPP).

Their efforts seem to have paid off: Mr. Silvestris is now co-organising a dinner debate with ESA next Monday on the issue. The invitation suggests the initiative came from the MEP, however it was written and sent out by the ESA office and registrations to the parliamentarian's dinner are handled directly by the lobby group's secretariat. The dinner's discussion points are in line with industry's concerns, such as traceability and control. The most fundamental issues at the heart of the proposed reform ie. “preserving and maintaining genetic resources” are also mentioned. ESA indeed thinks biodiversity protection measures are important: they “[...] should not create trade barriers, nor interfere with existing international regimes which support the goals of CBD or with other forms of market regulation such as customs, IP offices or marketing approval authorities, and should be non-discriminatory and create no unreasonable burdens for companies seeking to protect investments through the use of intellectual property rights.”10

So much for humanity's life insurance policy. When asked to comment on the dinner, the office of Mr Silvestris claimed that "these kind of events are normal” and that they “weren’t yet aware that the invitation was already sent out".

Some rights reserved by CIMMYT

UPDATE 19 November 2013 5pm: A new invitation was sent by the ESA to the whole European Parliament, not mentioning the name of Mr. Silvestris as a host any more but simply "ESA EUROPEAN SEED ASSOCIATION", a more accurate description of the event. Mr. Silvestris is still expected to give the introductory and conclusion speeches.

It gives to much power to big
wouter Deroover

It gives to much power to big corporations.

stop monsanto!
look at german televsion program on the internet: "ZDF 13 nov Zoom".
So many reasons to stop those people lobbying.

This is biodiversity diyng!!!
Amar Ortal

Not only are they ignoring the human rightsby forcing us to eat unhealthy food, poisoning us with herbicides pesticides and more, but also they are taking away all our options slowly becoming from democracy to tiranism, for what can you do but eat what they offer you if you don t have other options, we should do something about it, maybe sign a pettition or something of the sort!!!!
It is outrages, to put it mildly!!!!

Turning the world into their
Pam O'Neill

Turning the world into their playground when they control all food supplies. Supposedly governments can be booted if they ignore the best interests of the people, there's no control at all with this bunch of gangster corporations. The last food riots because of scarcity coincided with a bumper food crop but the crop was diverted into bio fuel as more money to be made there.

Farmers are being turned into serfs, denied the chance to save their own seed and develop crops for their region, fertilizer and commodity companies owned by these corporations so farmers must buy their seed and sell their crops without options, pay what is demanded for seed and fertilizers, and accept what is offered for their crops

. Populations kept under control by the controlled release of food. Food which has frequently been shown in long term studies to be bad for your health, although short term studies are often quoted by companies to say otherwise.

Much easier to control people with food than with armies. Cheaper, too. Welcome to the future.