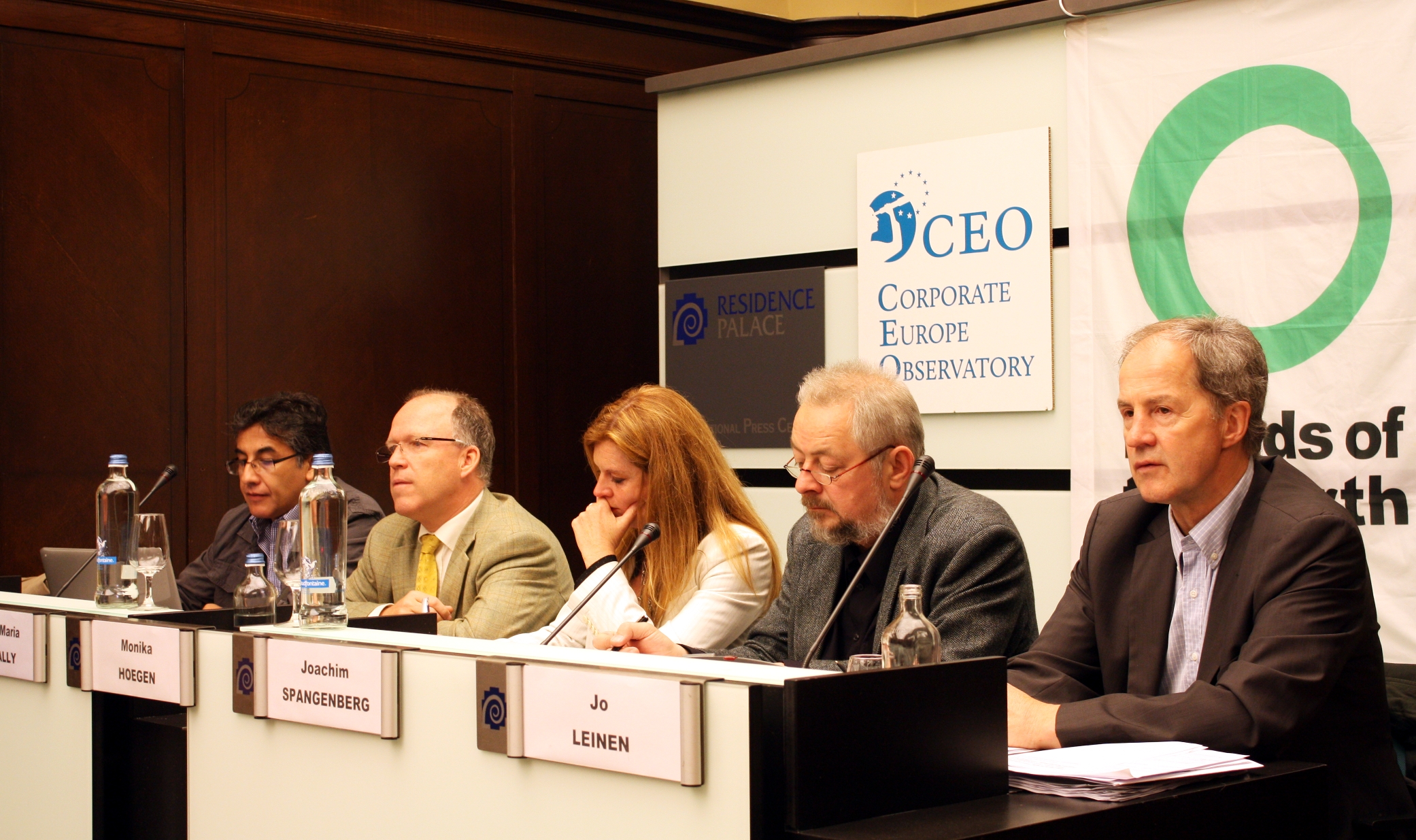 Is the EU's pursuit of the green economy a solution for the Rio+20 summit? This was the central question at a very well-attended public debate in the Brussels EU quarter this week.

It soon became clear that a debate on this question is hindered by a lack of clarity around the 'green economy' concept promoted by the EU.

The European Commission's Hugo-Maria Schally kicked off the debate arguing that the 'green economy' is about how societies use 'natural capital'. He considered this agenda to be win-win, with no-one losing out, neither rich or poor countries [watch all the speakers online here].

Joachim Spangenberg from the Sustainable Europe Research Institute criticised the growth paradigm underpinning the Green Economy. This agenda is illusionary, said Spangenberg, and will not bring sufficient environmental benefits.

Pablo Solon, the former Bolivian UN ambassador and now director of Focus on the Global South, warned against “treating nature as a commodity and subjecting nature to market rules - and that is what the Green Economy is about”.

Commodifying nature and creating a global market of biodiversity credits is the wrong approach for Rio+20, Solon said, adding that “governments have to accept there are limits to profit-making".

If the whole world follows the Northern development model of consumption, Solon pointed out, “we would need eight planets - we must recognise the laws of nature”.

When asked whether he could accept a green economy without market mechanisms such as trading of biodiversity offsets, Solon stressed that the Rio+20 summit must provide "safeguards against commodification of nature and biodiversity".

Jo Leinen MEP expressed sympathy for Solon's views on the green economy, but argued that in a world that could soon have 10 billion people, more efficient resource use is needed, as well as a new concept of wellbeing that is not based on growing consumption. Leinen supported increased use of pricing to limit consumption of natural resources, but added that "we shouldn't commercialise whole ecosystems".

When asked what exactly the European Commission aims for at the Rio+20 summit with regards to use of market mechanisms, the Commission's Mr. Schally did not give a concrete answer, simply stating that: "more use of pricing and market mechanisms is needed to make sure that sustainability is factored in." The question as to why the Commission promotes market mechanisms for environmental problems despite the failure of the carbon emission trading system also remained unanswered. It seems a matter of real urgency that the Commission puts its cards on the table, to enable an open discussion about the merits of market-based mechanisms.

Leinen explained the growing influence of big business within the UN process (the corporate capture) by saying that this happens because 'governments are weak while markets are strong'. But he said it was important to involve green firms in finding solutions to the environmental crisis.

Pablo Solon pointed out that there are alternatives to the market mechanisms being promoted. Instead of leaving nature to markets, Solon said, "a Tobin tax could raise $680 billion funds for the environment". He ended the debate by pointing out that the key issue for the future is not growth but redistribution of the wealth of the richest 1% - something that is not even on the EU's agenda for the Rio+20 summit.

You can watch all the speakers online at: https://vimeo.com/corporateeurope/videos

Related articles
Big business and the EU: painting the economy green
EU ETS myth busting: Why it can’t be reformed and shouldn’t be replicated
Climate Con: why a new global deal on aviation emissions is really bad news