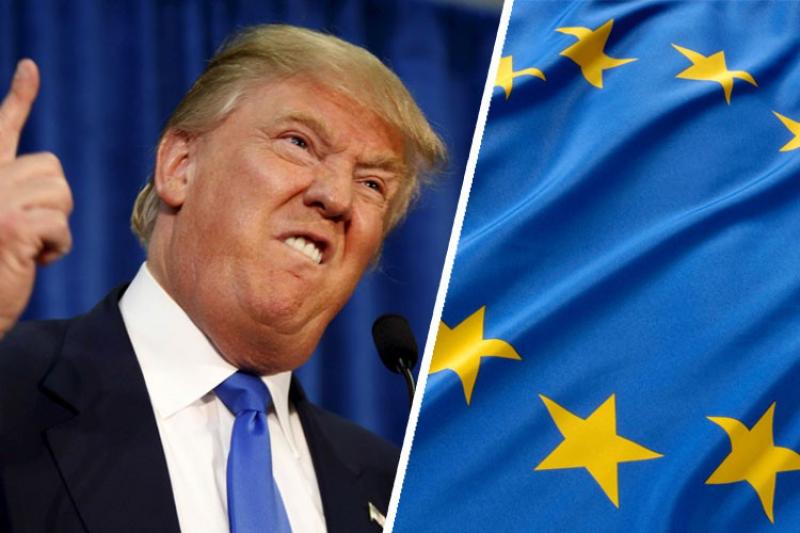 What will the EU choose as UN climate talks resume?

To limit the average global temperature rise to as close to 1.5°c as possible, more than 80 per cent of fossil fuels must be left in the ground. But how likely are we to get there, given how successful the fossil fuel industry and its allies have been in weakening and delaying efforts so far? One thing is certain: as long as they are in the room, reaching the 1.5°C goal is even less likely.

This week’s ‘intersessional’ talks in Bonn could change that. For this to lead somewhere, however, the European Union would need to stop opposing the much needed conflict of interests policy up for discussion. Up to now, the EU as self-proclaimed ‘climate leader’ is still siding with Trump and his fossil fuel buddies, blocking a conflict of interest policy that could protect the UN climate talks from the influence of big polluters.

However, pressure has been building in Brussels, with civil society and Members of the European Parliament (MEPs) calling on the EU to dump Trump and support a policy addressing conflicts of interests. What happens this week will be crucial, in part determined by how much pressure the EU feels.

Pressure is building in Brussels

Last week, a cross-party group of 88 MEPs wrote to the EU’s climate chief, European Commissioner Cañete, after they had not received a satisfactory response to a Parliamentary resolution last October. The MEPs called on Cañete to support a “clear definition” of conflict of interest at the UN talks and a policy to ensure climate decision-making is “not dominated by organisations that have vested interests that directly contradict the goals of the Paris agreement.” The letter echoes the demands of almost 100 civil society organisations, many based in Brussels, which they addressed to the Commissioner in a similar open letter only two weeks before.

So far, the EU's opposition to a conflict of interests policy at the UN Climate talks has gone largely unchallenged in Brussels. But the emerging coalition between MEPs and civil society that is shaping up in the EU capital - itself a hotbed of fossil fuel influence - suggests that the times they are a'changing.

A battle that has been waged for years

The fight to tackle conflicts of interest at the UN climate talks (UNFCCC) has been years in the making, but recent COPs have seen the issue rise in prominence. Immediately after COP21 concluded in Paris in December 2015, the issue became a hot topic. The intersessional meeting in Bonn the following May saw the EU and US shut down demands to address conflicts of interests in the UNFCCC from countries in the Global South representing almost 70 per cent of the world’s population, hundreds of millions of whom are already experiencing the devastating impacts of climate change.

Conflicts of interest was back on the agenda at COP22 in winter 2016, and the fight erupted once more the following spring. In May 2017 in Bonn, the EU, US and Australia were at it again, protecting fossil fuel interests by blocking any mention of ‘conflict of interests’ in the negotiating text. The move was backed by major business lobbies including the International Chamber of Commerce (ICC) and BusinessEurope. Meanwhile the UNFCCC secretariat was busy banning an authorised demonstration from using the word ‘corporate capture’. That winter, COP23 was also gripped by the issue, with the official youth, indigenous, gender, and climate justice delegations all calling for conflicts of interests to be addressed.

Now here we are, in May 2018, and the persistent demands to address conflicts of interest leave negotiators with no other option than to finally address it as part of the session on ‘non-party stakeholder engagement’, i.e. those taking part in the talks who are not representing countries. While not yet near concluding, even getting this far has been an arduous journey. (For a full timeline, see the ‘background’ section of this joint civil society submission).

What will happen at this year’s intersessional meeting in Bonn?

Conflicts of interest will be negotiated over the course of the next two weeks under the agenda item ‘Arrangement for Intergovernmental Meetings’ (known by policy wonks as AIM). Although the words 'conflict of interest' will not appear on an official agenda, progressive governments and civil society groups have successfully pushed for AIM to also cover 'non-party stakeholder engagement'. That is now being used to discuss participation - who can and cannot be in the room.

There have already been written submissions, including from the ‘African Group of Negotiators’ as well as numerous civil society groups, all calling for a framework that addresses conflicts of interest.

But responses have also been submitted by the EU, US, Canada and Norway – all pretty cosy with their domestic fossil fuel interests – either rebutting recognition of conflict of interest of supporting inclusion of everyone. BusinessEurope, Brussels’ most powerful business lobby, who counts ExxonMobil, Shell, BP, Statoil and Total among its members, has called for an even greater role for business in the talks, as did the US Council for International Business and the ICC.

As we heard at last year's intersessional, one of the best examples tackling conflicts of interest comes from the World Health Organisation (WHO)’s fight with the tobacco industry. Johanna Gusman, speaking on behalf of the WHO, explained how a policy within the Framework Convention on Tobacco Control (FCTC’s Article 5.3) creates a firewall between tobacco lobbyists and public health officials, while also ensuring similar policies are introduced at national level, meaning this should also apply in Brussels. Would this spell an end to the cosy relationship between politicians and polluters?

However, conflicts of interest will only be a small part of what are set to be very tough negotiations. Countries are currently discussing the guidelines that will oversee implementation of the Paris Agreement, in effect creating a rule book which they hope to finalise at COP24 in Katowice, Poland.

Finance will be a big topic – will rich countries ever deliver the hundreds of billions they’ve promised to poorer countries? And if so how, and when?

Do not be surprised if there are any underhand moves from historic polluters like the EU, taking advantage of its strong geopolitical position. Will the promise of finance be used as a way to get poorer countries to drop demands for a conflict of interest policy? That remains to be seen.

Need to keep it up

The EU in particular needs to know that it will be held accountable for its actions in Bonn once back in Brussels. The EU and other historical polluters have indicated they will continue blocking a much-needed conflict of interests policy, but the task at hand is ensuring this is seen as unacceptable for either EU governments or European civil society. The letter by 100 organisations to Cañete was an early warning shot.

The first week in Bonn will be filled with activities by civil society groups, MEPs and national governments urging for a policy on conflicts of interests. But these will only have an impact if our actions in Bonn are amplified in Brussels and in national capitals. The privileged access and excessive influence of the fossil fuel lobby can be overcome if it is framed as being at odds with the EU's self-styled role as climate leader. Will Bonn be where that shift takes place? Will Cañete and his delegation dump Trump and side with people over polluters? Stayed tuned!

Why Are You Using The Horrible Photo?
D

Why did Corporateeurope.org choose to use that particular image of US President Trump? It's obvious that you are in sighting hate or friction amongst people. There was no reason why your online magazine should be using freeze framed photos such as you did. Was it to entice people into agreeing with your point of view, was the photo used to madden a particular group of people, was it used in humour, did you want some of your viewers to quit reading your online magazine? I'm interested in knowing why you and other online magazines are using particular photos of world leaders and other people in such rage. The photo taken had nothing to do with your topic yet you screen grabbed it for your own use. Please enlighten your readers as to why you chose a horrible photo to attach to your article. Last question, why didn't you credit the photographer or the particular place where you screen grabbed the photo from? Real journalist give credit where credit is due. I think your writer or editor is trying to insight hate or negative opinion through imagery. Something that the Nazi's and fascists used to do.