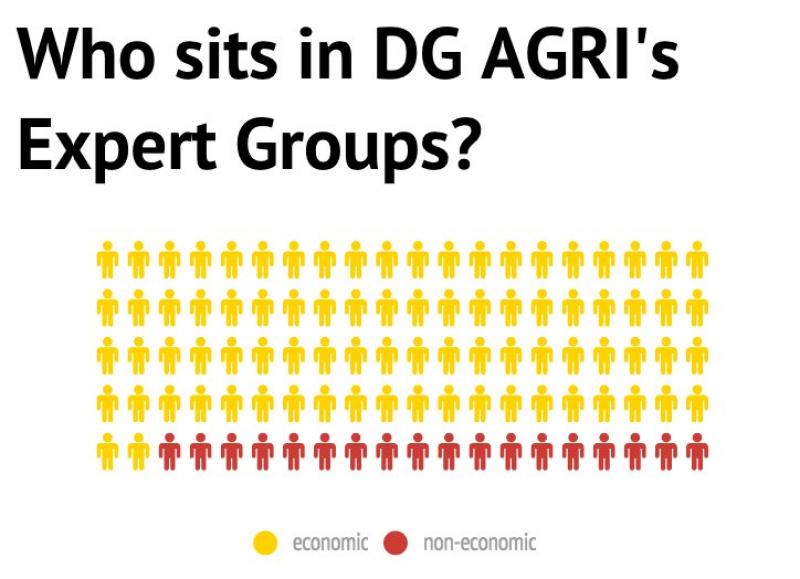 In closing her investigation into DG AGRI's 'Expert Groups', the European Ombudsman has called for more transparency as well as structural measures to ensure groups are more balanced.

Industry domination of Expert Groups, which are formed to advise on policy and legislation, has been a long-standing problem which the European Ombudsman has been grappling head on.

Despite continued pressure from the European Parliament and civil society – even seeing the Expert Group budgets frozen – the European Commission has failed to tackle the problem. Last May the Ombudsman launched her own inquiries into the problem. First looking at the practice of all groups and Directorates General (DGs), but heavy lobbying of the Commission by the industrial farming lobby while DG Agriculture and Rural Affairs (DG AGRI) was reforming its own new Expert Groups led to a second inquiry to ensure the process was fair.

The two criticisms of DG AGRI, published on her website, concerned transparency and also balance of the groups:

Transparency: DG AGRI has failed to communicate with the public regarding the overall process of choosing members, who would get which seats, and what the balance of groups would be (it states that it wants to find balance between 'economic' and 'non-economic' actors)

Balance: There is no definition of balance so it is difficult to judge what the Commission means by balance between economic and non-economic actors. But her analysis shows that at best non-economic actors occupy 34% of seats, and at worst 4% of seats from as many as 72 available, which leads her to questions whether the Commission should even claim it strives for balance, as it appears to not want it.

A fuller summary can be found in Annex I, below, but the Ombudsman recommended that in order to gain public confidence in the process, DG AGRI:

“Should, in the future, set out and publish an individual definition of balance for each of its CDGs [the name for DG AGRI's Expert Groups]”

But that if DG AGRI is serious about balance between economic and non-economic actors, it should:

This is important, as the Commission's usual response to imbalance between civil society and industry is that they have 'an open door policy' where anyone who applies can join the group, which hides the structural inequalities (financial and otherwise) between economic and non-economic interests. NGOs cannot compete with the agribusiness lobby. The Ombudsman actually took direct aim at the main industrial farming lobby, COPA-COGECA, calling for its seats to be halved due to over-representation via an accounting loophole (they were considered two organisations rather than one, allowing double representation). But would civil society groups be able to fill those seats? Therefore the recommendation to reduce the size of groups is far more likely to achieve balance.

CEO and others have also been calling for structural reforms to the group system, outlined in the 2013 ALTER report 'A Year of Broken Promises'. But the public is beginning to ask whether those who have most to lose from regulation should be involved at all, given their inherent interest in trying to stop it? The UN treaty on tobacco control has placed a firewall between the tobacco industry and public health officials at the international and national level due to their damaging influence (the Commission is failing to abide by it), and groups are calling for something similar around fossil fuels, particularly as this winter's UN climate talks are almost upon us.

These findings are an important step in the fight to clean up Expert Groups once and for all. Many of the findings can be applied across the Commission, rather than just to DG AGRI, as the Ombudsman outline in the initial findings of her more general inquiry. But so far the Secretariat General has resisted even considering updating the horizontal rules which cover all DGs. However, new ammunition is on the way:

The Juncker Commission continues to talk about transparency and balance, but the facts underline the continued industry bias. Expert Groups, often responsible for drafting policy and legislation, are no different. Pressure is mounting, and Juncker and his deputy Timmermans need to come up with a comprehensive and timely plan to tackle the problem once and for all across all DGs..

Annex I – summary of Ombudsman's conclusions

To see the ten recommendations, visit the Ombudsman's site: http://www.ombudsman.europa.eu/en/cases/decision.faces/en/60873/html.boo...