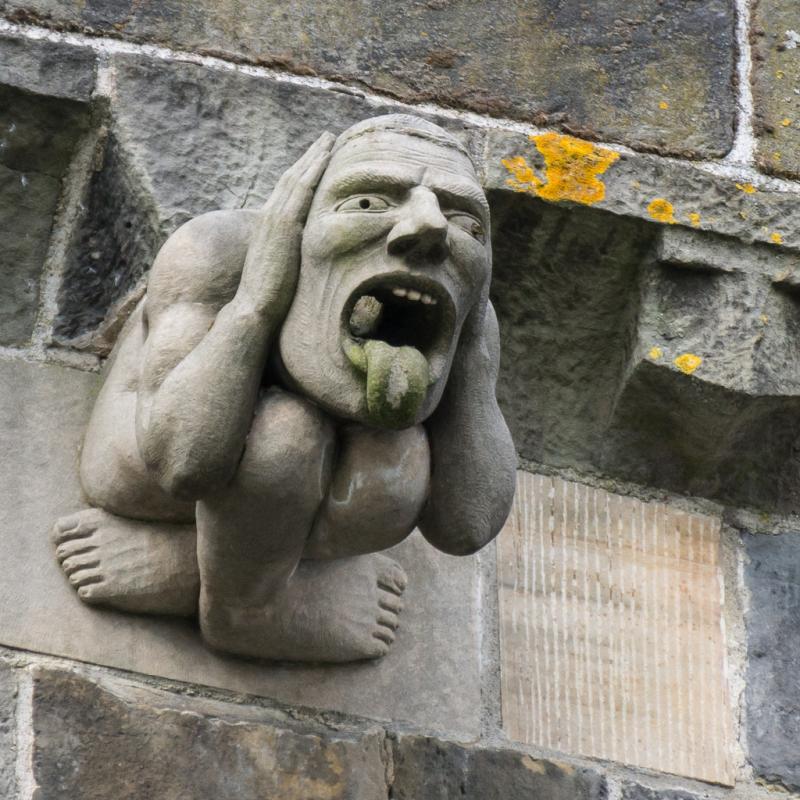 TTIP investor rights: the many voices ignored by the Commission

In a blatant disregard for democracy, the European Commission is brushing off thousands who have spoken out against excessive rights for foreign investors in the proposed EU-US trade deal TTIP. CEO takes a look at some of the most interesting critical voices – from businesses to governments.

In the face of fierce opposition to far-reaching rights for foreign investors in the proposed Transatlantic Trade and Investment Partnership (TTIP), the European Commission ran a public consultation on the issue in summer 2014. The investor rights would allow businesses to bypass national court systems and sue governments in private arbitration panels, including over measures to protect health and the environment that they claim undermine corporate profits. Nearly 150,000 people contributed, the highest number of responses ever for an EU consultation, showing the strength of public opinion on the issue. The vast majority rejected the dangerous tribunals, many responding via online actions organised by public interest groups. However, those who rejected investor rights were a broad group with diverse responses and expertise, and included business groups and politicians.

In January, the Commission published its findings on the exercise. It acknowledged the “huge skepticism” against the proposed corporate rights in TTIP. But it also made clear that it will not drop the controversial investor-state dispute settlement (ISDS) provisions from the negotiations. On the contrary, it wants to continue with its pre-consultation agenda of ‘reforming’ the system. This is very much in line with the big business agenda to re-legitimise ISDS. Their plan is to tinker around the edges of ISDS for example by offering more transparency and faster proceedings, without touching its problematic core: excessive property protection rights and a private judicial system of for-profit arbitrators to claim them, together granting far-reaching possibilities for investors to undermine democratic decisions.

The Commission, think tanks and parts of the media quickly tried to justify this blatant disregard of the results of the consultation. European Trade Commissioner Cecilia Malmström stressed that it had been a consultation, “not a referendum”. Frederic Erixon of Brussels-based ultra-liberal think tank ECIPE complained that “the public debate have [sic] hardly made substantial contributions to the discussions” – suggesting that the Commission was right to ignore them. “The responses show a shallow understanding of what the ISDS is, which does not invite the Commission to take them into consideration,” Erixon said. The newspaper European Voice suggested that co-ordinated responses by civil society should not be taken seriously, claiming that “the consultation... generated significant questions about the weight that the EU’s institutions and politicians should attach to the results of a consultation dominated by mass campaigning groups.”

A close look at the actual contributions to the consultation published by the Commission, however, reveals a much more nuanced picture. Opposition to ISDS in TTIP comes from a broad and diverse camp – and expressed itself in a pretty sophisticated manner. Here are ten facts worth knowing about the voices that the European Commission is turning its back on.

An overwhelming majority (more than 97%) of the contributions rejected ISDS in TTIP and other EU trade agreements such as the already concluded EU-Canada Comprehensive Trade and Economic Agreement (CETA). Public interest groups and several MEPs have stressed that this “leaves no room for any other conclusion than that ISDS should be excluded from any such trade agreement”.

While the majority of corporate contributors to the consultation are fervent supporters of ISDS in TTIP, there are interesting dissenting voices in the business community. For example, the German association of medium-sized enterprises (Bundesverband mittelständische Wirtschaft) considers ISDS in TTIP “unnecessary” and “strictly rejects” it because the proposed provisions “discriminate against medium-sized businesses, undermine the rule of law and are therefore at the expense of the EU member states,” (CEO’s translation). The federation of French telecoms operators (Federation Francaise de Télécoms), which bands together companies like SFR, Orange, Bouygues Telecom, and Verizon, told the Commission that “there is no clear need for such a mechanism to safeguard French and European companies’ investments” and that “domestic remedies are preferable… while international arbitration will trouble the right of the European Union and States to regulate,” (contributions can be found via the search function on the Commission’s website).

Voices ignored #3: elected representatives and governments say no to ISDS

Examples of parliaments, parliamentary bodies and (parts of) governments which have spoken out against ISDS in TTIP in the consultation include the European Affairs Committee of the French National Assembly (Commission des affaires européennes de l'Assemblée nationale française), the Government and Parliament of the Conservative-governed German region of Bavaria (Bayerische Staatsregierung & Bayerischer Landtag) and the Austrian Association of Cities and Towns (Österreichischer Städtebund), which represents the interests of 252 local governments in Austria. The Bavarian Parliament in particular urged the Commission to not only incorporate the insights from the consultation into the TTIP negotiations, but also consider them for CETA.

A group of 120 academic experts in trade and investment law, EU law, international law and human rights, constitutional law, private law, political economy and other fields from leading universities in Europe and the world have spoken out against the EU’s approach on ISDS in TTIP. They argue that “investor-state arbitration delivers undue structural advantages to foreign investors and risks distorting the marketplace at the expense of domestically-owned companies.”

Criticism of ISDS in TTIP seems to be strong amongst public companies and other public bodies. For the German public broadcasting services ARD and ZDF, for example, ISDS in TTIP “is not an option” (CEO’s translation). The European Association of Public Water Operators (Aqua Publica Europea) considers “that recourse to ISDS will not improve in any way the investment flow between US and EU, may create discriminatory conditions for domestic companies and, above all, can lead to a limitation of states’ right to decide how to organize the provision of public services”.

Voices ignored #7: a vigorous no from public interest groups

Large public interest umbrella organisations such as the European Environmental Bureau (EEB), the European Consumers’ Organisation BEUC and European Digital Rights (EDRi) have put forward some of the most vigorous rejections of ISDS in TTIP. The EEB, Europe’s largest federation of environmental organisations with over 140 member organisations, for example, “strongly opposes the inclusion of ISDS within TTIP and request [sic] the Commission to take it off the negotiating table”. EDRi, which represents 33 privacy and civil rights groups in 19 different European countries to defend digital rights in the information society, stated: “The EC should exclude the ISDS from every trade agreement, in this case from the TTIP, as it is not necessary and detrimental for democracy, human rights and the rule of law.”

Voices ignored #8: half of the Commission’s own advisors reject ISDS in TTIP

In January 2014, the European Commission set up a group of 14 experts, advising it on the EU-US trade talks – “to ensure that a future TTIP… benefits all citizens in Europe”, as it claims. All 7 of the groups non-corporate members have rejected ISDS in TTIP in the Commission’s consultation, meaning all trade unions, environmental, health, and consumer groups.

Voices ignored #9: disappointment and frustration about the consultation approach

The frustration expressed by GMB, one of the largest UK trade unions, is representative of many responses criticising the approach of the consultation: “GMB is dismayed that the EU Commission has restricted the ISDS consultation only to TTIP and that it has skewed the questions, asking only what kind of ISDS should be in TTIP rather than whether or not it should be in at all…. Although mounting public pressure against ISDS pushed the EU Commission into launching this consultation, it has failed to honour a serious and unbiased consultation process. This is disrespectful to those responding.” An academic specialising in investment law wrote: “I am aware of colleagues who have extensive relevant evidence but who have opted not to participate in the consultation because the essential question was not asked.” Respondents also criticised the technical nature of the questions and that the legal text samples were only in English, and fragmented. There is no indication of any reflection of this criticism in the Commission’s report about the consultation.

Despite the frustration about the technical and biased nature of the consultation, many ISDS critics responded to them at length, with notable expertise and dedication. This includes responses from online actions which, according to the Commission, mobilised the majority of all contributions. One example of a technical question, which received many detailed responses from ISDS critics is the question about the proposed code of conduct for the arbitrators, who would decide upon investor-state claims under TTIP. Organisations such as the Austrian Association for Public and Social Economy (Verband der öffentlichen Wirtschaft und Gemeinwirtschaft Österreichs) explained at length why such an approach was “conceptually wrong” (CEO’s translation). Meanwhile, 120 academics stated that “even with the most robust code of conduct, the absence of basic institutional safeguards of judicial independence undermines fundamentally the claims of investor-state arbitration to neutrality and impartiality.” Still, the Commission claims in its report on the consultation, that “the proposal for a code of conduct for ISDS arbitrators is welcomed by a majority of responding umbrella NGOs, a significant number of NGOs and several trade unions, business associations, companies and consultancies.”

Who does the Commission listen to?

In its contribution to the consultation, UK trade union GMB warned that “the inclusion of ISDS within TTIP..., is already a foregone conclusion” for the European Commission. It urged the Commission “to acknowledge and act on” the “substantial number of responses” who were likely to reject ISDS in TTIP.

Unfortunately, this is not what the Commission is doing. In a blatant mockery of democracy, it is brushing off thousands who have spoken out against excessive rights for foreign investors in TTIP, pushing ahead with its pre-consultation agenda of ‘reforming’ an un-reformable system.

But if this is not what people in Europe want, who then is the Commission listening to? Who are the one or two percent that supported the Commission in the consultation? We at CEO are looking into this and will soon provide you with an overview of the big business agenda for ISDS in TTIP.

Could you let me have any evidence that you have regarding the points made above about the EC Commission pushing ahead with ISDS in the face of so much protest?
I am asking a genuine question as my local council has a motion on TTIP. I was told by a Councillor that the EC Commission had suspended ISDA from this months negotiations. This was welcomed in the House of Commons by Julian Huppert but doubted by Zac Goldsmith. I would be grateful for any proof if it is at all possible.

The Commission is reforming
Lora Verheecke