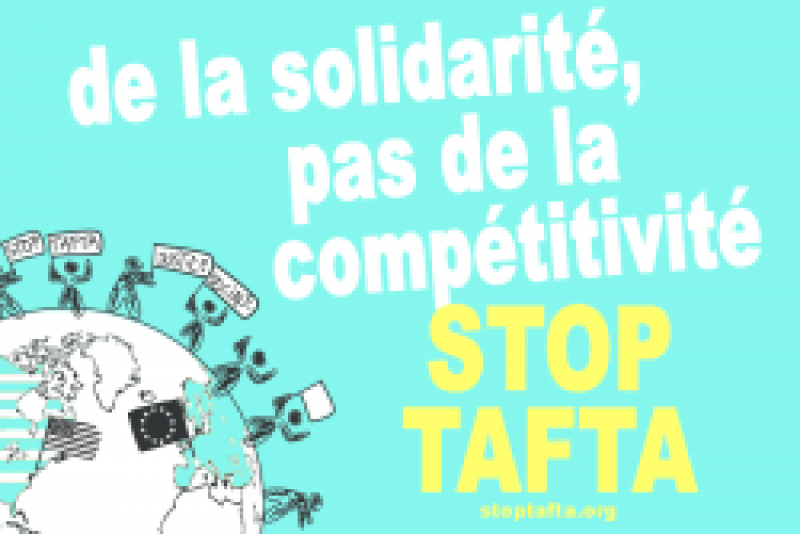 Negotiations between the EU and the US to conclude a transatlantic trade and investment treaty (TTIP) continue to generate controversy. Many are concerned about the anti-democratic nature of private arbitration tribunals that would enable investors to sue states in private courts, but another aspect of the talks is just as threatening to the public interest: "regulatory cooperation".

This project, which is unprecedented in the history of international trade, means the establishment of permanent institutional arrangements for communication and negotiation between European and American technocrats.

The objective is to continue the work of harmonization of regulatory frameworks between the EU and the US once the TTIP negotiations are done. In this way, roadblocks that were not resolved during the TTIP talks can be resolved while also ensuring that no new regulation is likely to become a "barrier to trade."

The fundamental problem with this approach is that it considers regulations simply in terms of whether they impact or restrict transatlantic trade, whereas standards and regulations are the result of political and societal debates over much wider concerns. Therefore, far from being a simple technical discussion as claimed by the Commission, the risk is that regulatory cooperation talks follow the same logic as the arbitration courts: a bad law for trade is necessarily a bad law!

The EU published its position on "horizontal" (cross sectoral) regulatory cooperation. This will come under the auspices of a "Regulatory Cooperation Council", a new institution whose exact role is still a subject of the talks.

Horizontal cooperation will not apply only to laws that have an impact on transatlantic trade: it will concern all future and existing laws. (Articles 11.1 and 3)

Article 11 on the promotion of regulatory compatibility applies to all regulations where mutual benefits can be realised.

Furthermore, if the objectives of such a structure pose problems, its actual functioning offers no less cause for concern. The draft "regulatory cooperation" proposal was described by the head of European consumer group BEUC as a "surreal institutionalization of lobbying" (Articles 6 and 15.3). Article 14.2.d of the EU position is a particular worry. The regulatory cooperation council will effectively "consider new regulatory cooperation initiatives, based on the contributions of one of the two parties or stakeholders."

According to the Department of Business, Innovation and Skills in the UK, a recent debate in Westminster heard regulatory cooperation described as "very much ... driven by stakeholder input".

Who are these stakeholders?

Given that an overwhelming majority of lobbyists in Brussels and Washington represent the interests of big business, it is clear that "involving stakeholders" means opening yet another door to representatives of the business community so that they can influence policy, before even elected representatives have come to know about them.

On top of being able to smother legislation in its cradle, companies will therefore also be able to propose new laws. What will be the relationship between this body, the US Congress, and the European Parliament? Will such proposals come to influence the parliamentary calendar?

Lets imagine a company that proposes that the regulation of nanotechnology be primarily based on voluntary, non-binding principles, as is the case in the United States. According to government sources in 2010, information received by the US Environmental Protection Agency (EPA) only covers 10% of the nanotechnology products potentially on the US market.

For DG Trade, regulatory cooperation will be an "early information mechanism to avoid that both sides regulate in isolation" 1

But would Europe's legislation on chemicals (REACH) have passed if the EU had to co-legislate with the United States? The precautionary principle is not applied today by US federal authorities. For example, 1328 chemicals are banned from cosmetics in the European Union, against only 11 in the US (link in Spanish)

We can already measure the deterrent effect of TTIP on European legislation. Aside from the fierce corporate lobbying (pesticide industry, plastics, etc.), it is likely that the Commission's non-compliance with the EU's deadline to define endocrine disruptors (December 2013) is due to the transatlantic trade talks.

The US government has adopted the same position as industry on endocrine disrupting chemicals: leave it to regulatory cooperation. This matches the position of the European Chemical Industry Council (CEFIC) and the American pesticide industry (CropLife America). The Commission's foot-dragging on this must be challenged at the Court of Justice in Luxembourg by all EU member states and the European Parliament!

The US Office of Information and Regulatory Affairs, which leaks indicate as a member of the Regulatory Cooperation Council, took two years to recognise Bisphenol A as a chemical of public concern. Its recognition as such has not yet led to restrictions on its sale. However, Bisphenol A has been banned from all materials in contact with food in France since January 2015 and in the US, there are limitations in 12 states.

In this TTIP project, everything seems set up so that the leeway of elected politicians is minimized when it comes to legislating in any area that may limit the profits of investors and the free exchange of capital and goods. Indeed, if a legislative initiative in the public interest could pass through the cracks of regulatory cooperation, multinational corporations could still use the investor-state arbitration courts to win “compensation”. The mere prospect of such outcomes would be enough to discourage more than one policy-maker.

1Report of the meeting between DG Trade and the International Relations Committee of Business Europe on May 23, 2014. Document obtained by CEO through a request for information to the European Commission