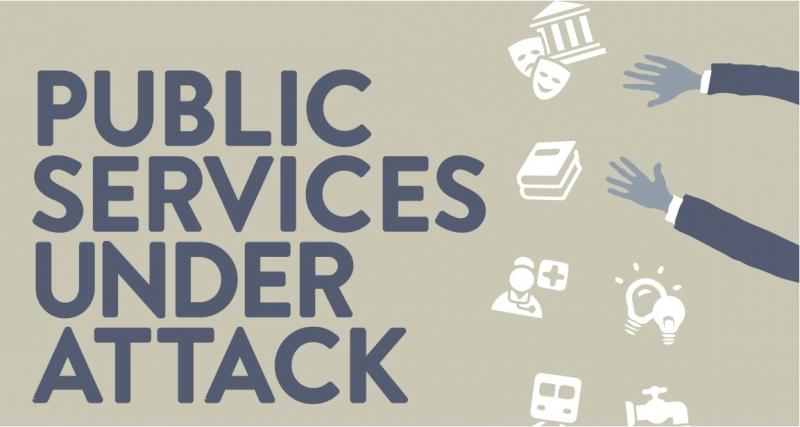 Public services under attack through TTIP and CETA

EU trade deals with Canada and the US could endanger citizens’ rights to basic services like water and health, as negotiators are doing the work of some of the EU’s most powerful corporate lobby groups in pushing an aggressive market opening agenda in the public sector.

Access PDF of full report in English, German and French.

Public services in the European Union (EU) are under threat from international trade negotiations that endanger governments’ ability to regulate and citizens’ rights to access basic services like water, health, and energy, for the sake of corporate profits. The EU’s CETA (Comprehensive Economic and Trade Agreement) agreement with Canada, the ratification of which could begin in 2016, and the TTIP (Transatlantic Trade and Investment Partnership) treaty under negotiation with the United States are the latest culmination in such efforts. In a worst case scenario, they could lock in public services into a commercialisation from which they will not recover – no matter how damaging to welfare the results may be.

A new report released today by an international group of NGOs and trade unions ("Public services under attack") sheds some light on the secretive collusion between big business and trade negotiators in the making of the EU’s international trade deals. It shows the aggressive agenda of services corporations with regards to TTIP and CETA, pushing for far-reaching market opening in areas such as health, cultural and postal services, and water, which would allow them to enter and dominate the markets. And it shows how those in charge of EU trade negotiations are rolling out the red carpet for the services industry, with both the consolidated CETA agreement published in September 2014, as well as drafts of TTIP chapters and internal negotiation documents that reflect the wishlists of corporate lobbyists.

Key findings of the report:

What is at stake in trade agreements such as TTIP and CETA is our right to vital services, and more, it is about our ability to steer services of all kinds to the benefit of society at large. If left to their own course, trade negotiations will eventually make it impossible to implement decisions for the common good.

One measure to effectively protect public services from the great trade attack would be a full and unequivocal exclusion of all public services from any EU trade agreements and negotiations. But such an exclusion would certainly not be sufficient to undo the manifold other threats posed by CETA and TTIP as many more provisions endanger democracy and the well-being of citizens. As long as TTIP and CETA do not protect the ability to regulate in the public inter- est, they have to be rejected.

Very important for every EU-citizen : public opposition - or by petition on the internet!

Together we can STOP it !