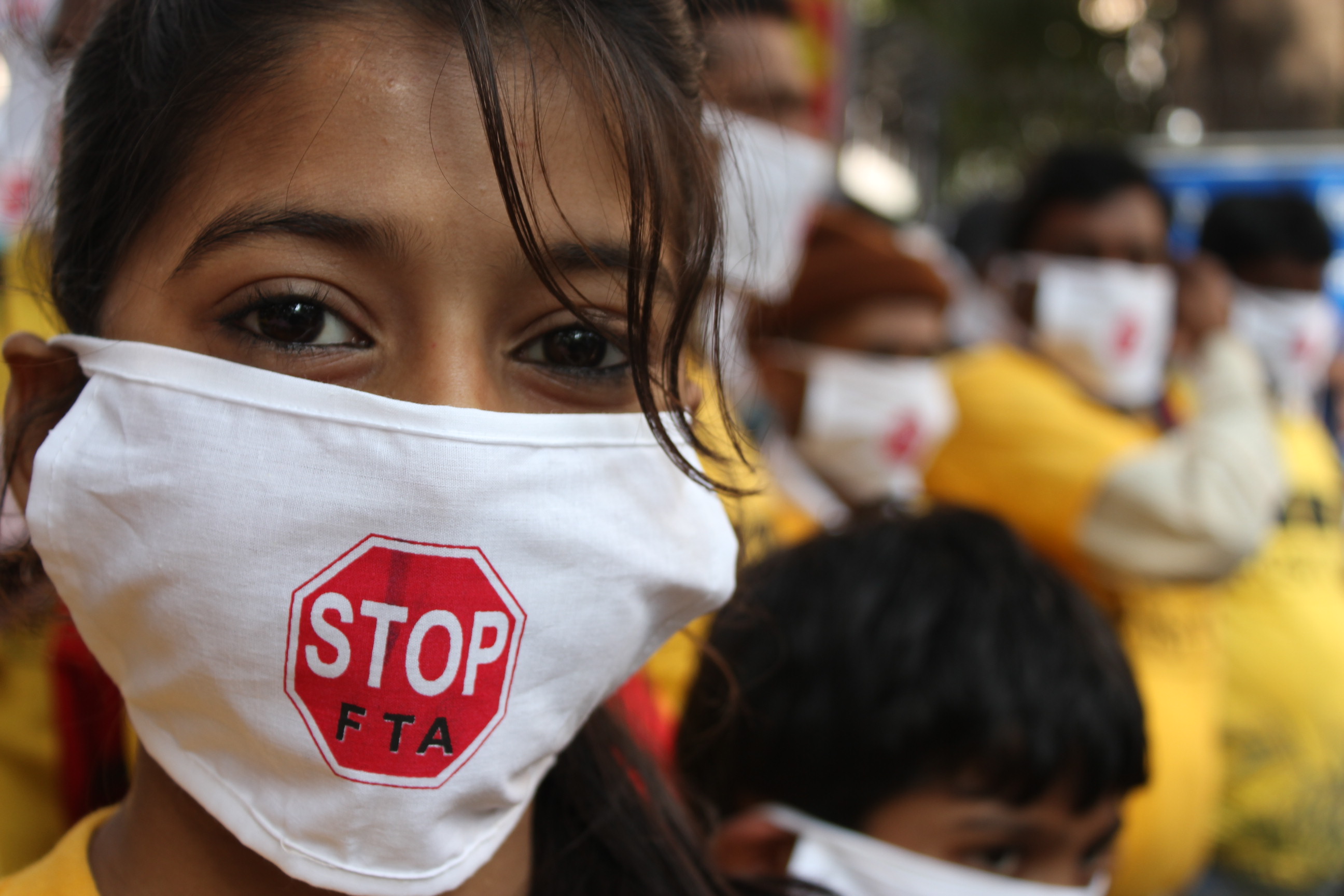 The EU's General Court has announced a date for the hearing for Corporate Europe Observatory's legal action, suing the EU Commission for withholding information related to the EU’s free trade talks with India. The Commission is accused of discriminating in favour of corporate lobby groups and of violating the EU’s transparency rules. The case will be heard in Luxembourg on 11 January 2013.

The lawsuit (T-93/11) concerns 17 documents related to the ongoing EU-India free trade negotiations. The Commission shared all of these documents in full with corporate lobby groups such as BusinessEurope. But Corporate Europe Observatory only received censored versions, with allegedly sensitive information about priorities, tactics and strategies in the negotiations deleted. The Commission argued that the public disclosure of these documents would negatively affect relations with India.

The case comes to court as the EU and India are speeding up negotiations on a far-ranging free trade agreement, which they want to conclude in the first half of 2013. The talks, which started in 2007, have been shrouded in secrecy, with no text or position as yet disclosed to the public. Yet, there are major concerns prompted by the scant information that has emerged that the EU-India FTA will in fact fuel poverty, inequality and environmental destruction. And that the EU Commission and the Indian government have effectively handed the negotiating agenda over to big business (watch the video Trade Invaders).

What is at stake in the lawsuit is whether the Commission can continue its habit of granting big business privileged access to its trade policy-making process by sharing information that is withheld from the public. This practice not only hampers well-informed and meaningful public participation in EU trade policy-making, it also leads to a trade policy that, while catering for big business needs, is harmful to people and the environment in the EU and the world.

A ruling will not be expected for several months.

Read about the case in detail: