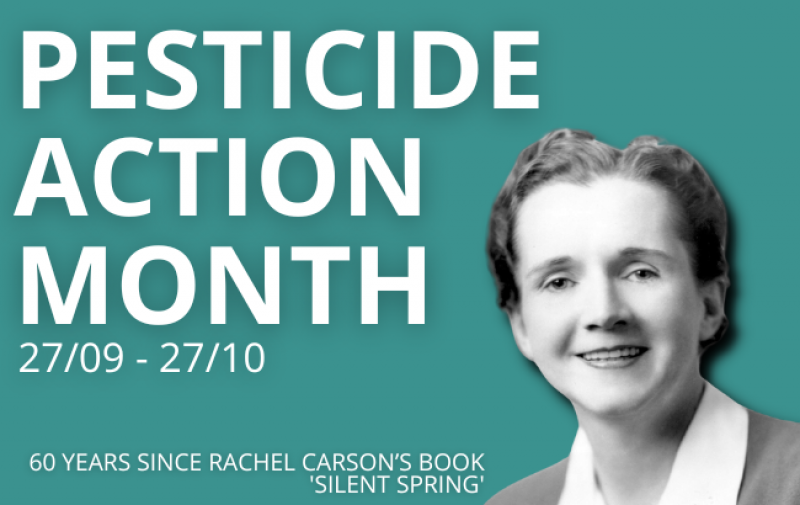 After a very hot summer break, we’re back with a bang for the first semester of the European Parliament. There’s a lot to look ahead to over the coming weeks and months and with COP27 fast approaching, we’ve (as always) got a lot on our plate.

The EU Green Deal promises to shift away from chemical agriculture but subsidies for large European farms continue to support highly damaging practices. A proposal to vastly reduce pesticide use was launched before the summer, but is already under attack from several EU governments.

It is now September, and it feels like Groundhog Day. The pesticide industry's lobbying machine is in full swing, repeating the same false narratives as exposed by CEO's researcher Nina Holland. In fall 2021, the lobbyists scare-mongered MEPs with self-funded studies showing "disastrous impacts" on food security if the pesticide reduction plans went ahead.

The European Commission is asking organisations and citizens for their input on their pesticide reduction proposal. So please make your voice heard! Help us to strengthen the proposal and close the loopholes - oh and do it RIGHT NOW as the deadline is 19 September!

27 September - 27 October has been declared the Rachel Carson Action Month by civil society organisations around Europe. Rachel Carson was an inspiration to the global movement against pesticides.

We’re reflecting on 60 years since Carson’s ground-breaking book Silent Spring, which came out on 27 September 1962. Silent Spring created shockwaves as it revealed the disastrous effects of pesticides and helped birth the environmental movement which led to a ban on DDT.

CEO is delighted to invite you to a half-day seminar to commemorate Rachel Carson's work, on science as an instrument for corporate lobbying.

To commemorate Carson’s work the University of Bergen's BeeCaution project and CEO are honoured to host a half-day seminar to discuss the new frontiers of regulatory capture and environmental conflict. CEO’s agricultural expert, Nina Holland, is leading this from our side along with colleagues Hans Van Scharen and Vicky Cann.

This seminar is also part of CEO's anniversary events marking 25 years of exposing and confronting corporate power in the EU and beyond.

If only Silent Spring and the ensuing movement was the end of the pesticide story. Alas, the chemical treadmill ploughs on, underpinning expanding industrial farm systems. It’s leading to irreversible biodiversity loss and poses huge threats to world food security.

Pesticide corporations are fighting for their 'licence to pollute' while not hesitating to use the Ukraine war as an excuse, as explained in our colleague Vicky Cann’s EU Observer Op-Ed published a few weeks ago.

Please consider signing our petition to demand the EU keeps safety rules in place for new GMOs. The deadline is 5 November so sign here and spread the word! Big chemical and seed corporations are pushing the EU to allow new genetically modified organisms (GMOs) onto the market without safety tests, monitoring, nor consumer labels. These companies have been lobbying the European Commission for years to exclude new GMOs from the European GMO regulation, making unsubstantiated claims on the supposed benefits for sustainability. But as they also hold patents on the seeds engineered with these techniques, their true motivation remains to increase their profits. Such an industry takeover of seeds would seriously threaten farmers’ seed autonomy and agricultural biodiversity as a whole. Following industry pressure, the European Commission is now taking the first steps to deregulate new GMOs.

Lobby tours are back!

On Tuesday 27 September at 1300 in Brussels our trademark lobby tours are returning, and this one will be led by one of our founders, Olivier Hoedemaan. Register your interest by emailing ceo@corporateeurope.org - we hope to see you there.

Please do share our work, check out our social media (see below) and, if you are able to, donate.

We thank you for your ongoing support, we couldn’t do it without you.