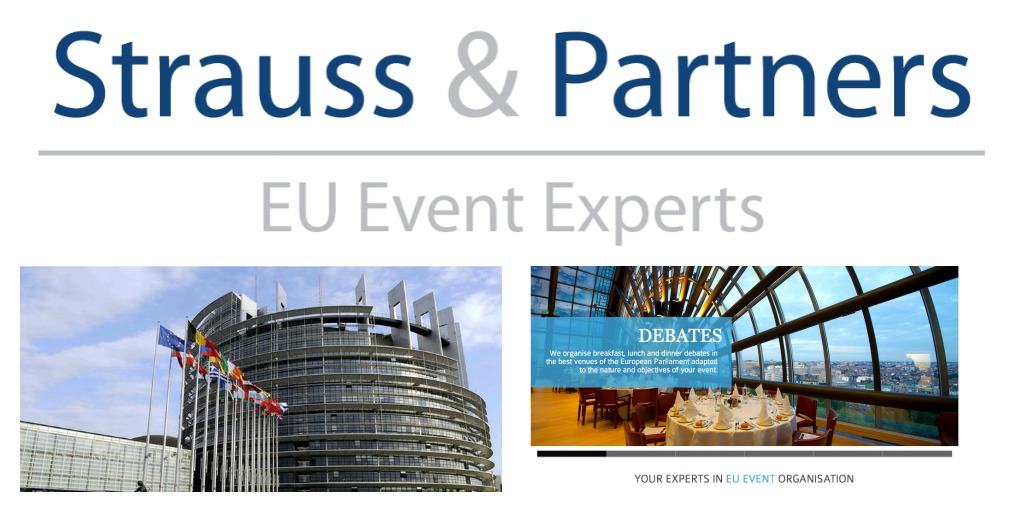 Meet Strauss & Partners, a small consultancy firm at the heart of the Brussels lobby quarter. Specialised in events organising, they have arranged more than 100 events mainly for industry clients over the past five years, that have been attended by some 10,000 participants. Their website says that “most of the events have been organised in the European Parliament in Brussels”i. Strauss & Partners, in other words, is a consultancy specialised in organising lobbying events for industry inside the European Parliament. The existence of such a specialised consultancy, the large number of events, and the fact that they take place in the Parliament buildings, is an indication of an additional lobbying pressure facing MEPs.

Many of the participants at the events organised by Strauss & Partners, and even some of the co-organisers paying for these events, are not registered in the EU's voluntary Transparency Register for lobbyists. Yet the events organised by Strauss & Partners enable companies and lobby groups to access MEPs and other high-level decision-makers, despite not being registered.

The European Parliament, currently looking for ways to further restrict access for unregistered lobbyists, should take immediate action to remedy this loophole in the rules.

A closer look at Strauss & Partners

Strauss & Partners is a small consultancy firm, run by Roland Strauss, who is also heading the MEP-industry group Knowledge4Innovation as well as IncubatorEurope, a sort of one-stop-shop offering tailored lobbying and fundraising services. The three organisations are all located in Brussels' lobby hotspot Square de Meus.

According to their website, Strauss & Partners can take care of all aspects of organising events for clients, from ensuring high-level speakers from EU institutions to all logistics and communication. Its website also, until very recently, announced that “we organise breakfast, lunch and dinner debates in the best venues of the European Parliament adapted to the nature and objectives of your event”. Having your event organised at the prestigious European Parliament is appealing to industry and other organisations for various reasons such as the higher likelihood that MEPs will attend and the aura it creates of being well-connected in Brussels.

Some examples of the events their website showcased until recently are a lunch debate organised in cooperation with Facebook, where former MEP Erika Mann, then Managing Director of Facebook's Brussels office, returned to Parliament to lobby her former colleagues. Or a dinner event sponsored by agribusiness lobby group ECPA (the European Crop Protection Association), with the Parliament's “Climate Change, Biodiversity and Sustainable Development” intergroup, while ECPA members such as BASF, Bayer CropScience, Dow, DuPont, Monsanto Europe or Syngenta were lobbying to influence the Common Agricultural Policy (CAP) reform. Or another lunch debate at the Members' Salon of the European Parliament organised in cooperation with the chemical lobby, CEFIC (The European Chemical Industry Council), hosted by MEP Edit Herczog.

All this and a lot of other information was recently removed from the website of Strauss & Partners, almost surely as result of the questions CEO asked about the events the company organises in the Parliament.

For instance the text above can no longer be found on its website, and the same goes for three other introductory images and blurbs. Also deleted were the events mentioned above, previously listed as examples of what the consultancy offers. The few remaining events – which are not necessarily the most recent – did not take place at the European Parliament.

The two industry events we asked information about were a "high-level roundtable with networking reception on energy issues” organised on 19 March 2014 and the 6th European Innovation Summit, which took place 17-20 November 2014 at the European Parliament, a 4 days program with over 100 speakers which according to its organisers “is a unique chance to meet the newly elected MEPs and learn about their plans for the future of innovation in Europe.”ii

The first event was hosted by former Parliament President Jerzy Buzek, a conservative MEP who is now the chair of the Industry, Research and Energy Committee. It featured then Energy Commissioner Günter Oettinger as a key speaker. The second was also hosted by Buzek together with Lambert van Nistelrooij, another conservative MEP, and counted no less than four commissioners as speakers, in what was their first public appearance in the European Parliament after being appointed commissioneriii.

Both events are still listed on the Knowledge4Innovation (K4I) website, the group which co-organised them together with Strauss & Partnersiv. The lines seem rather blurred between both groups who share not only headquarters and a director (Roland Strauss), but also staff. When CEO phoned Strauss & Partners the phone was answered by someone from K4I (and accredited at the European Parliament under K4I), who can be also contacted on a Strauss & Partners' email address!

As part of the European Innovation Summit in November 2014 (organised by Strauss & Partners), there was a dinner debate in the Members' Salon of the Parliament. The topic of the debate was the role of gas smart grids in Europe's energy futurev, a priority topic for the European Gas Research Group (GERG), which co-organised the event. Despite actively lobbying for a prominent role for gas in EU energy policy, including EU support for “natural gas-related R&D”vi, GERG, whose members include energy giants such as Shell, E.ON, Eni, RWE, Edison and Statoil, has not joined the Transparency Register.