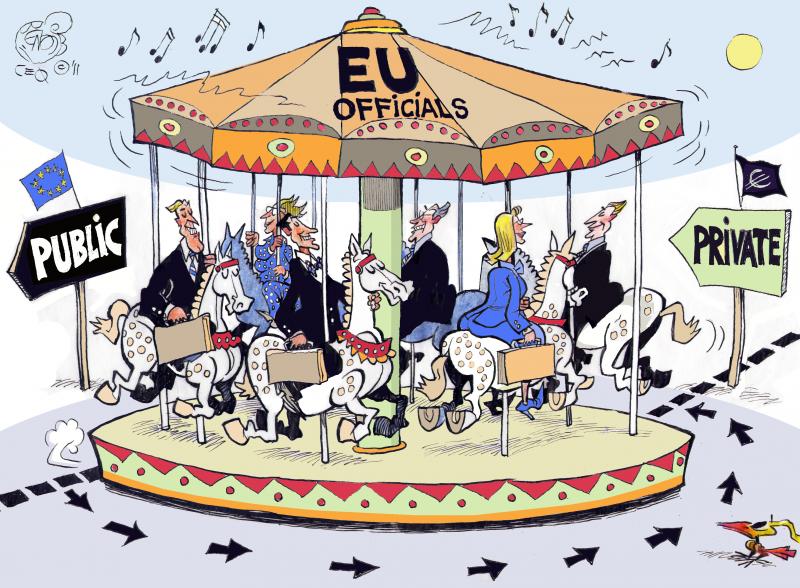 The Goldman Sachs employment of former EU Commission President Barroso has placed the EU’s revolving door problem firmly on the political agenda. Although many former EU commissioners have taken up compromising roles with big business before, this is the first revolving door scandal involving an ex-Commission President, a development that has angered citizens, NGOs, EU governments and staff at the EU institutions alike.

To keep up public pressure and ensure that the European Commission responds to the public outcry by sorting out its revolving door problem once and for all, the Alliance for Lobbying Transparency and Ethics Regulation (ALTER-EU) and European campaigning organisation WeMove.EU today launched a petition calling for stricter regulation of ex-EU officials’ career moves once they’ve left office. Demands include:

The petitioners are also calling for Barroso’s entitlement to a generous European Commission pension to be removed.

“Barroso has really surpassed previous revolving door scandals by joining a bank that is so controversial, considering its role in the 2008 financial crisis and its lobbying against EU financial regulation. No wonder that citizens, MEPs, the French government and EU institution staff have found this so hard to stomach.

“The EU’s revolving door really undermines public interest decision-making. Former EU top dogs may no longer be working in politics, but they know the EU institutions inside out and will know exactly which strings to pull in favour of their new bosses.”

"The WeMove.EU community is campaigning for a more democratic and transparent European Union, a Union where decisions are not dominated by the interests of large corporations.

“It is high-time for stricter rules to regulate post-Commission careers. So far, the European Commission’s response to Barroso joining one of the most controversial financial institutions, and other cases like it, has been really disappointing.”