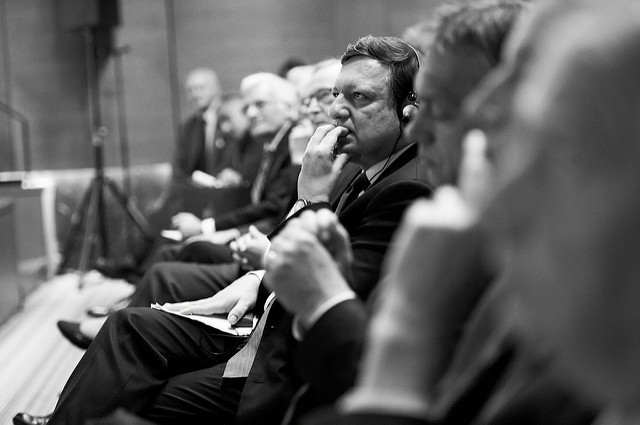 “The committee’s opinion that Barroso did not breach the EU Treaty when he joined Goldman Sachs as non-executive chairman and adviser flies in the face of the moral outrage expressed by citizens, MEPs, EU institution staff and the French President.

“The recommendation really highlights the weakness of the Commissioners’ Code of Conduct. Its 18-month cooling-off period is far too short to prevent conflicts of interest and the central notions of integrity and discretion are neither properly defined nor linked to concrete rules.

“On top of that, the ethics committee itself is flawed. The Commission keeps affirming its independence even though one of three members is a former Commission director-general and another is married to the former head of a Commission task force. It looks like the current recommendation was formed without interviewing Barroso, and the committee has simply accepted his statement that he won’t lobby for Goldman Sachs without even probing what is meant by ‘lobbying’.

“Combine flawed rules with a flawed process and you get the flawed recommendation we are now seeing. More than 200,000 citizens have criticised Barroso’s move to the banking giant because of its responsibility in the economic crisis, the Greek debt crisis and its brazen lobbying against EU financial regulation. To save the Commission from losing all credibility, President Juncker must finally listen to the criticism that still sounds from all sides - even the committee notes that Barroso did not exert 'considerate judgement' when joining the bank.

"There is no question that Barroso must be sanctioned. But even more importantly, the ethics committee must be comprehensively reformed to enable fully independent decision-making, while the cooling-off period and lobby ban must be extended to at least three years for ex-commissioners and five years for former Commission Presidents."