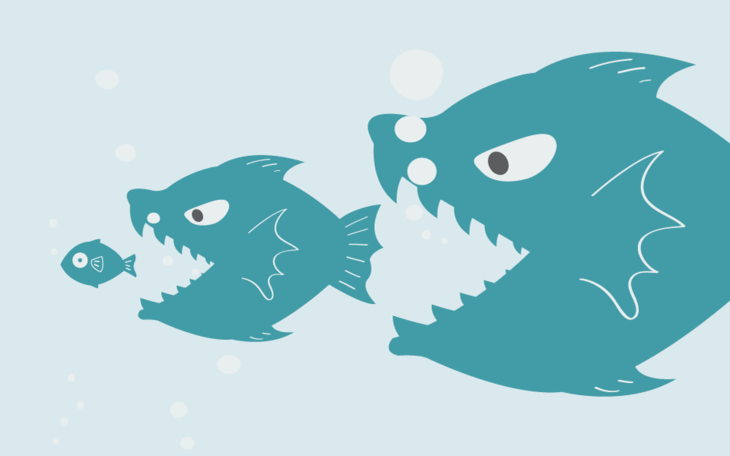 The looming mega merger of agribusiness giants Bayer and Monsanto is only the latest example of much intensifying economic concentration on the global seeds and pesticides markets. A new study published by Corporate Europe Observatory reveals that since 1990, the EU Commission has approved nine out of every ten mergers without any conditions.

In ‘Too Big to Control?’, competition experts Angela Wigger (Radboud University, NL) and Hubert Buch-Hansen (Copenhagen Business School, DK) analyse the politics of mergers in the EU for Corporate Europe Observatory, and explain the paradoxical and often harmful nature of the European Commission’s hands-off approach to the regulation of big mergers.

The Commission’s department for competition policy has practiced an overwhelmingly positive approach to mergers, including the recent green lighting for the fusion of agri-chemical companies Dow and Dupont, as well as ChemChina and Syngenta. According to the Commission’s own statistics, only 25 of the 6,493 mergers applications filed between 1990 and February 2017 were rejected – a mere 0.4%. Once withdrawn merger applications and those approved subject to conditions have been accounted for, the approval rate is still at a whopping 90%.

Apparently unconcerned by the market concentration resulting from ever more and ever bigger mergers, merger applications are currently not assessed for their wider economic or social impacts. But the study does not only warn of the side effects of creeping monopolisation in areas of vital public interest, such as in the EU agricultural sector.

“The European Commission’s strong pro-concentration policy has already facilitated several mega mergers, and has thereby gained the support of some of the largest corporate lobby groups in Brussels, like BusinessEurope and AmCham EU.

“Bayer and Monsanto have yet to file a merger application in the EU. An eventual approval would foster further massive market concentration with no regard for the impacts on farmers, workers and consumers.”