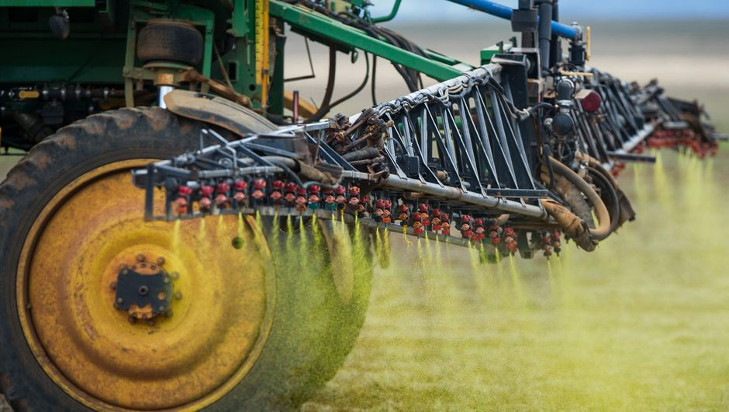 This Wednesday 11 October, an extraordinary hearing at the European Parliament will dissect the tactics which pesticide manufacturer Monsanto has used to manipulate science in order to keep its flagship product Roundup on the market.

Hundreds of lawsuits against Monsanto are pending in the US, with plaintiffs alleging that exposure to Roundup herbicide has caused them or their loved ones to develop cancer of the lymphatic system and that Monsanto covered up the risks. As part of these lawsuits, a big volume of documents damning Monsanto have been released – against the company’s objection.

The unsealed documents have not only exposed Monsanto’s manipulation in its US operations but also how it tried to influence EU regulatory authorities.

Organised by the Parliament’s agriculture and environment committees, tomorrow’s hearing has been convened to determine which meaning the Monsanto Papers hold for the EU assessment of Roundup, and to what extent the serious flaws in the wider EU system for pesticide regulation enabled Monsanto’s capture of EU regulatory authorities.

Corporate Europe Observatory’s agribusiness researcher Martin Pigeon, who will give evidence at the hearing, says:

“Monsanto claims to value and support science-based policy-making. But the Monsanto Papers and our research show that the company and industry in general view independently generated scientific data as a threat to their profits. They will do whatever it takes to discredit those whose research threatens their commercial interests.

“EFSA suffers from a severe lack of in-house capacity as well as financial and legal constraints, which means its safety assessments largely rely on unpublished studies that are funded and commissioned by industry.

“On top of that, there are many flaws in the EU’s pesticide approval system itself. It does not even, for example, assess the pesticides formulations used in the real world but only individual substances in isolation!

“These fundamental flaws are not new and the glyphosate debate has finally created public awareness. To prevent the corporate capture of EU safety assessments, the EU food safety agency must become independent from the companies whose products it evaluates and its assessments must be more transparent. Manufacturers should keep paying for the studies necessary to assess the safety of their products, but the research needs to take place at independent laboratories and findings must be published for scrutiny by the scientific community.”

We have published extensive research on the corporate capture of the decision-making process on glyphosate, and successfully pushed the European Food Safety Authority (EFSA) to release parts of the industry-owned studies on which it based its opinion that glyphosate was unlikely to cause cancer in humans. EFSA’s conclusion is diametrically opposed to that of the World Health Organisation’s International Agency for research on Cancer, which opined the substance was a probable carcinogen.

The joint NGO report Glyphosate and Cancer: Buying Science takes a closer look at the way Monsanto and other glyphosate manufacturers seem to have distorted scientific evidence on the public health impacts of glyphosate in order to keep it on the market.

CEO has also reported about Monsanto’s lobbying tactics, and supported the European Citizens’ Initiative to ban glyphosate as well as last year’s Monsanto Tribunal in The Hague.

For many years, we have campaigned for greater independence of and more resources for the European Food Safety Authority to help prevent the capture of its safety assessments by corporations like Monsanto.

Testing of substances in isolation: EU legislation on pesticides only requires the assessment of a given substance in isolation, although these substances occur in mixtures with many other ingredients in the products for which they are used. The potential toxicity of these final products is not taken into consideration by EU regulators, as their market authorisation currently lies exclusively with EU member states, where requirements for scientific testing are much more superficial than at the EU level.

Lack of transparency and accountability: 80 per cent of national experts who took part in the peer review of the European Food Safety Authority’s (EFSA) assessment have refused to be identified, making it impossible to know whether the authors of the EU risk assessment were independent from relevant economic and political interests, or in fact had conflicts of interest. In comparison, national food safety agencies in EU member states have much stricter independence policies.

Secrecy: As the studies used in EFSA’s safety assessment of glyphosate are industry-owned, the agency rejected calls for the publication of the research, fearing a copyright or even trade secrets lawsuit by Monsanto. CEO and the Greens in the European Parliament requested access to the raw study data nonetheless. The agency, following protest by Monsanto and other members of the Glyphosate Task Force, eventually released the studies with important parts censored due to ‘business confidentiality’, in a file format that does not allow for the export of the data.

When independent scientist and former associate director of the US National Institute of Environmental Health Science Christopher Portier assessed the available data, he found eight incidences of significant tumour findings that had been disregarded by both EFSA and its German counterpart, the Bundesinstitute für Risikobewertung.

Self-testing of pesticides by producers: Pesticide manufacturers not only pay for the studies necessary for the EU safety assessment of their products, but are also given free reign to do the research in-house or commission scientists at commercial laboratories of their choice to do the testing. This means they are also free not to publish studies if they consider the findings to be too harmful for their commercial interests.

The high cost of pesticide studies has been used by industry as an argument to prevent their disclosure, conceptualising the data as well as the studies themselves as commercially sensitive trade secrets. Cross--checking of the data by independent scientists is thereby rendered impossible, although independent scientific scrutiny is the cornerstone of scientific methodology.