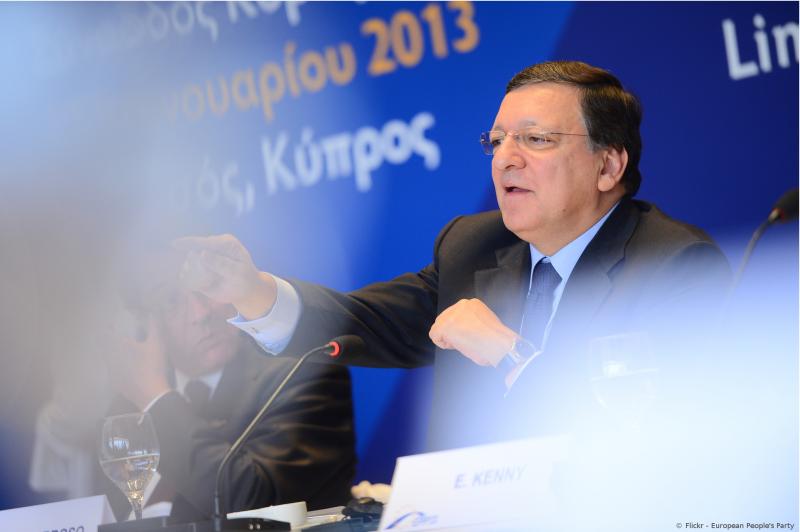 The news that José Manuel Barroso will become non-executive chairman at Goldman Sachs did not exactly come as a surprise. This is a man who presided over the European Commission for 10 years and, from the beginning, his leadership followed a corporate agenda, with its close links to the biggest businesses and banks in the EU representing a key trait of the current European project. But this one move has catapulted the EU’s revolving door problem onto the political agenda, causing widespread jaw-dropping and reactions of disbelief, making it a symbol of excessive corporate influence at the highest levels of the EU.

Corporate Europe Observatory had already mapped Barroso's numerous career moves in the months following the end of his term as Commission president. Since Autumn 2014, his 20+ new roles have taken him into the arts, academia and to the corporate lobbyfests of the European Business Summit and the Bilderberg Conference. Our detailed report from October last year highlighted Barroso’s positions, as well as the roles with strong corporate links that other ex-commissioners have taken up: Viviane Reding, Karel De Gucht, Neelie Kroes to name but a few.

But the problematic revolving door moves of the former members of the Barroso II Commission have been especially controversial since 1 May 2016. This is the date when the ex-commissioners no longer need to seek authorisation from the Commission for proposed new roles, and no longer face a ban on lobbying. In just over two months, we saw former trade commissioner Karel De Gucht join the board of mining giant Arcelor Mittal; former digital agenda commissioner Neelie Kroes joined the boards of tech firms Uber and Salesforce; and now Barroso is about to become chairman of Goldman Sachs International.

When Kroes joined Uber, Dutch media asked us if we agreed that such revolving door moves had contributed to the low esteem with which many European citizens regard the EU institutions, including those in the UK who voted in a majority for Brexit and to leave the EU. While probably all member states have their own national revolving door problems, it is hard to avoid the conclusion that European politicians who are seen to be acting for private interests over the public interest, and who then move so swiftly via the revolving door to lucrative new jobs, can really fuel public cynicism – and EU scepticism.

Against this backdrop, the Barroso move to Goldman Sachs is particularly outrageous. Goldman Sachs had a central role in causing the 2008 financial crisis, the tremors of which are still being felt across the EU, with many citizens suffering under austerity to this day. Goldman Sachs is also a major lobby player in Brussels. It declared an EU lobbying budget of at least €1,000,000 and has had at least 22 high level meetings with the Commission since December 2014. That level of Commission access is already impressive, and it can boast of recent meetings with at least seven commissioners: Hill, Dombrovskis, Katainen, Oettinger, Moscovici, Cañete and Malmström. Goldman Sachs won the “Worst EU Lobbying Award” in 2010, nominated alongside derivatives lobby group ISDA, for aggressive lobbying to defend their ‘financial weapons of mass destruction’, and taking first place with 59 per cent of the votes.

Will the Barroso case be a turning point in how the EU and specifically the Commission handle revolving door moves? It is certainly encouraging to see the swift reaction from French European affairs minister Harlem Désir who called the move “scandalous” and said that “the European commission president should be above the pressures of private interest. The restriction on being hired by a private company should be extended”. The European Ombudsman was also quick to respond, pointing out that the EU treaty (article 245) states that former commissioners should behave with integrity and discretion when it comes to certain appointments or benefits. Staff at the EU institutions have also expressed their outrage via an online petition, and there has been speculation that the EU Council might discuss the matter. Politico reports that the French Socialist delegation to the European Parliament has called for sanctions on Barroso by cutting his pension from the Commission when he reaches 65 years of age.

But so far, it seems like the Commission either does not understand or does not care about the seriousness of its revolving door problem. Sources in the Commission have reportedly said that Barroso’s Goldman Sachs role does not constitute a breach of the current rules, and Commission chief spokesperson Margaritis Schinas has already ruled out any revision of the rules in the Code of Conduct for Commissioners.

CEO believes that there should be an extension of the mandatory cooling-off period from 18 months to at least five years for former Commission Presidents (and at least three years from commissioners) regarding direct and indirect lobbying activities, as well as other roles which could represent a conflict of interest.

Last week, Jean Quatremer, the EU affairs correspondent for the French daily Libération wrote that “Barroso has given Europe the finger.” The question is now whether the EU institutions have the political will to do anything about it?