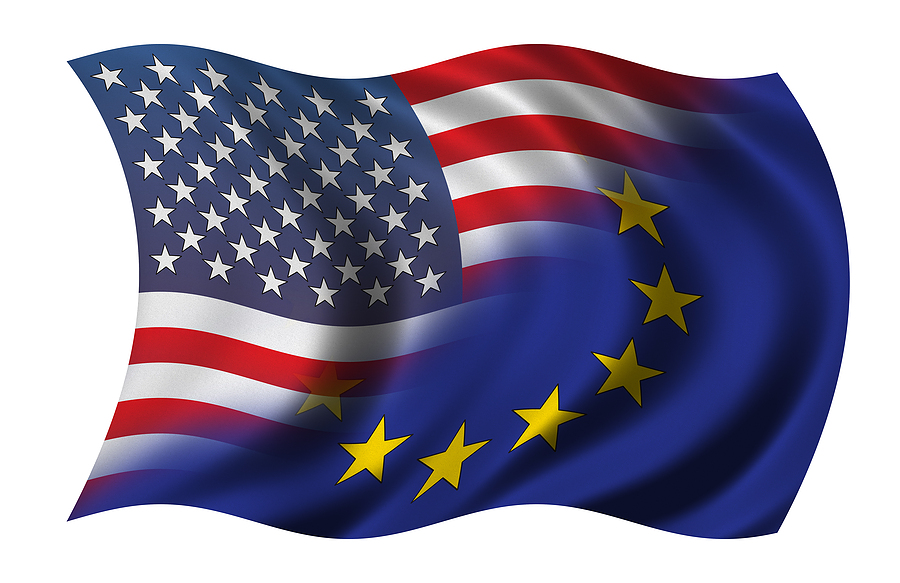 A far-reaching trade deal – the Transatlantic Trade and Investment Partnership (TTIP) or Transatlantic Free Trade Agreement (TAFTA) – between the US and EU is to be negotiated, yet the European Commission has drawn a smokescreen over who is setting the agenda for its negotiating position. Amid concerns about the deal's social and environmental impacts, as well as what it will mean for democratic policy-making, Corporate Europe Observatory tried to find out what will be on the treaty table.

Negotiations for the EU-US free trade deal have just been launched officially. Masterminded by the 'High Level Working Group on Jobs and Growth' (HLWG), which was set up in 2011 and chaired by European Trade Commissioner Karel De Gucht and the then US Trade Representative Ron Kirk, in its final report, the Group not only recommended entering into the negotiations but went into some detail as to what should be put on the table – with the far-reaching aim of moving towards a “transatlantic marketplace”.

The proposed deal is being closely followed by public interest groups concerned that the deal will open the floodgate to GMOs and shale gas (fracking) into Europe, threatens digital and labour rights and will empower corporations to legally challenge a wide range of regulations which they dislike. With all this and more at stake, Corporate Europe Observatory wanted to find out who sat on the group which recommended negotiations. Under EU access to information rules, on 4 March 2013, we requested the “full membership list of the High Level Working Group on Jobs and Growth”. In fact, we had to make numerous requests.

A group without members, a report without authors?

According to the Commission, the group, which has been active since 2011 and which has produced two reports, has no identifiable members (“a membership list of the HLWG does not exist”). The Commission also informed us that “several departments” have contributed to the discussion and the reports of the (memberless) group, but added that “there is no document containing the list of authors of the reports”. As there was no such document, the Commission claimed, our request did not fall under the EU’s freedom of information rules: “Unfortunately we are not in a position to provide you with the information requested.”

We were also told that the HLWG was not “an expert group falling under the categories referred to in the register of expert groups and other similar entities”. Why not? “First, it is a joint working group set up by the US government and the European Commission and second, its role was not to provide advice and expertise to the European Commission”, the latter argued. We had stressed that the HLWG, as any with other expert groups and other similar entities, should be subject to the transparency requirements set up in the rules on Commission expert groups, including transparency about who participated.

When we asked about the “outside expertise” that had influenced the reports produced by the HLWG, we were told that the impact assessment of the proposed EU-US trade deal contained a summary of the expert evidence gathered since its inception . We were also directed to the Commission’s overview page for public consultations. There, we learned that more than 65% of the input to the first two consultations on the proposed EU-US deal came from companies and industry associations. But who were the 114 respondents? What are they lobbying for? Only a few contributions can be found in the Commission’s documents archive.

On 19 April, we filed another information request to find out more about the Commission’s contacts with industry lobby groups wanting to influence the transatlantic trade pact. We asked for a list of meetings with such lobby groups, minutes and related correspondence. The Commission responded that this "concerns a very large number of documents" and asked us to "narrow down the scope of your request, so as to reduce it to a more manageable amount of documents (for example would you want the correspondence/meeting reports with certain companies or associations?)". On 31 May, six weeks after our request and after several email exchanges, we were told that the Commission was “currently in the early stages of assessing your request and [...] not yet in a position to give a detailed estimate of the number of documents potentially covered.” The Commission official added: “Our best guess for the moment is that we will only have a first overview of the situation during the middle of June and will update you at that point.”

What are they trying to hide?

While still waiting for more information on what seems to be hundreds of documents related to big business lobbying around the EU-US trade deal, we were more lucky with an access to information request to the United States Trade Representative. Its office provided us with a list of “issue leads and experts” in the HLWG, listing three dozens officials from the US administration and the European Commission.

Looking at the list, we are not quite sure what the Commission was trying to hide in withholding it. The sobering fact that the authoritative-sounding “high level working groups on growth and jobs” was nothing but a bunch of unelected and unaccountable, notorious pro-free-trade bureaucrats from both sides of the Atlantic? The fact that the Commission does not seem to care about the labour and environmental impacts of the proposed trade deal? Because while the US side has two lead persons for “environment” and “labour” in the HLWG, the respective column remains tellingly empty on the EU-side.

The need for real transparency

While more and more MEPs and citizens groups demand that the looming EU-US negotiations be conducted in an open way, our disillusioning attempts to gain some basic information about who’s behind the launch of these negotiations show that the Commission doesn’t care about openness. It seems determined to bar the public from any kind of meaningful information about the world’s biggest trade deal ever to be negotiated. If MEPs are serious about their calls for more transparency and their duty to hold the Commission accountable, they are up against a serious smokescreen.

You mention elsewhere the file http://corporateeurope.org/sites/default/files/attachments/data.xls giving a list of lobbysts. But to which meetings, with which aim were active these lobbysts? Is it for the HLWG ?
Thank you
robert.joumard@laposte.net

It is indeed worrisome that the EU apparently didn’t have a lead person nor any expert on neither labor nor environment in the HLWG. (While the US had)
This creates the impression that DG trade tried to exclude other DGs from any direct involvement.
The over representation of the USA in the HLWG also does not look good (4 US representatives for every 3 EU representatives)