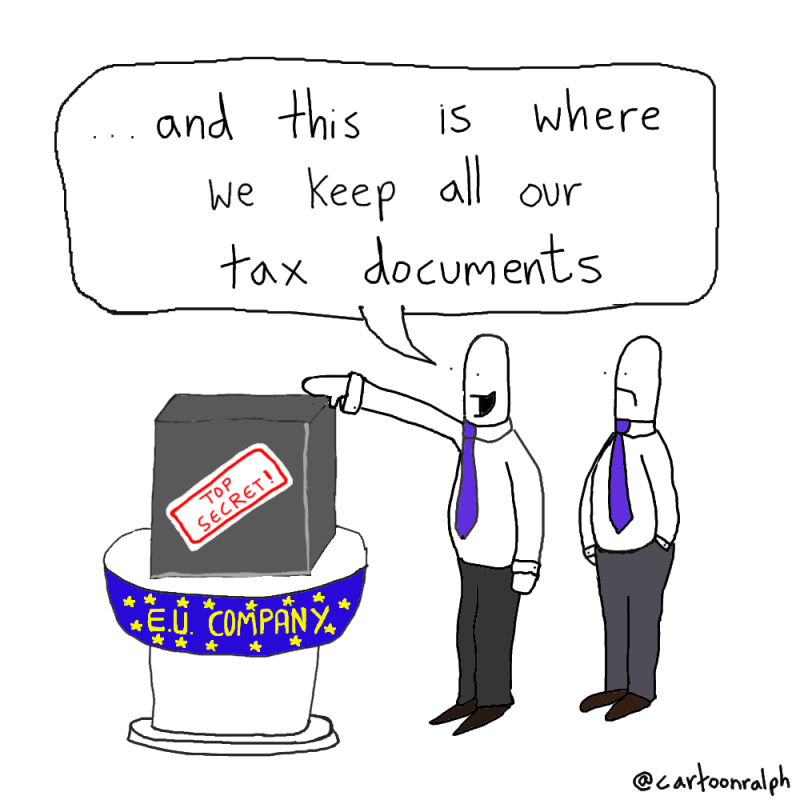 €50-70 billion. That is one estimate of the annual loss to EU governments when corporations shift their profits to tax havens. If even half of this sum could be recouped, that would be billions of welcome funds for schools, hospitals, welfare, and energy transition.

As Covid-19 stretches public budgets to breaking point, clamping down on tax avoidance is an absolute no-brainer. And this requires tax transparency as an essential part of tax justice. If we don’t know how much corporations earn, and where they earn it, the authorities cannot properly tax them.

For four years the European Union has been debating a proposal called public Country by Country Reporting (pCBCR) which would ensure that large corporations have to come clean to everyone about their profits and tax payments, so governments can ensure they collect all taxes owed, and to block tax avoidance scams.

However, progress on the file has come to a standstill. A cohort of member states in the EU Council favourable to low corporate taxes has relentlessly opposed pCBCR. This is despite huge public demand for tax transparency and tax justice.

But there is now a window of hope for pCBCR. A shift in position by the Austrian Government means that there is now a slim majority in the Council to move forward with the file and open negotiations with the other EU institutions with a view to making pCBCR a legal requirement. This is excellent news, but it hinges on the German Government which currently holds the Presidency of the EU Council and is responsible for deciding which topics are included on the agenda of Council meetings.

The German Government’s position on pCBCR has long been fraught – and the subject of intense lobbying by businesses opposed to tax transparency. The 2017 centre-left SPD manifesto supported pCBCR and, somewhat belatedly, its Finance Minister Olaf Scholz has endorsed that position. However, the centre-right CDU-CSU, especially Economy Minister Peter Altmaier, has blocked German support for pCBCR. As a result Germany has consistently abstained on pCBCR at the EU level, effectively blocking its progress.

The German Government has never been in the vanguard of supporters of transparent tax reporting and corporate lobbies appear to have succeeded in heading-off CDU-CSU support for pCBCR.

Many big German multinationals use tax havens and tools to shift profits and reduce their tax payments around the world.

We need to put this ridiculous corporate hyperbole in context. Many big German multinationals use tax havens and tools to shift profits and reduce their tax payments around the world. That’s why they fear more transparency. It is estimated that chemical giant BASF avoided €923 million in tax between 2010-2014, receiving tax advantages in several EU states. Healthcare company Fresenius has been accused of avoiding up to €2.9 billion in taxes worldwide since 2010. And coronavirus test producer Qiagen has been able to dodge millions of euros in tax since 2010.

Germany needs to get off the fence

The German Government has a unique opportunity to signal that corporate tax secrecy and tax avoidance will no longer be tolerated. As Council President it can decide to put the pCBCR file on the agenda of any one of three upcoming meetings of the EU’s Competitiveness Council in November. Indeed it can even maintain its own abstention on the matter. But by allowing EU ministers to vote and demonstrate the majority support that pCBCR now enjoys, it would enable the file to move to the next legislative phase.

The German Government has a unique opportunity to signal that corporate tax secrecy and tax avoidance will no longer be tolerated.

This would be one small step for the German Government, but one major gain for EU citizens.

In September Olaf Scholz said “We will support any debate and a decision-making process [on pCBCR]”, which is Germany’s duty as Council President. The SPD’s Justice Minister Christine Lambrecht had the opportunity to do this by tabling pCBCR for a Council meeting earlier this month, which would have been an important stepping stone towards a November vote. Instead the German Presidency cancelled the meeting without explanation.

The German Presidency must now hear the calls from its European partners and table pCBCR for a vote in November. If the CDU-CSU and Mr Altmaier plan to misuse the Presidency’s agenda-setting power as Council President and avoid such a vote they will risk Germany’s credibility. They should at least come clean about their intention.

Citizens concerned to boost public budgets, especially in the Covid-19 crisis, can take action to stand up to the corporate tax avoiders and demand that the Government puts pCBCR on the Council’s agenda before the end of the year.

Over 230,000 people took action in November 2020 to demand that the German Presidency of the EU Council put the action of tax transparency on the agenda, so that ministers could demonstrate their majority support and the file would move forward. Regrettably the German Presidency chose not to do this, and the file became a victim of internal German Government coalition politics. The signatures were presented to Minister Lambrecht on 20 November and we will continue to press the upcoming Portuguese Presidency to maintain majority support for the file and to table it for a ministerial vote. Thank you to everyone who took action. 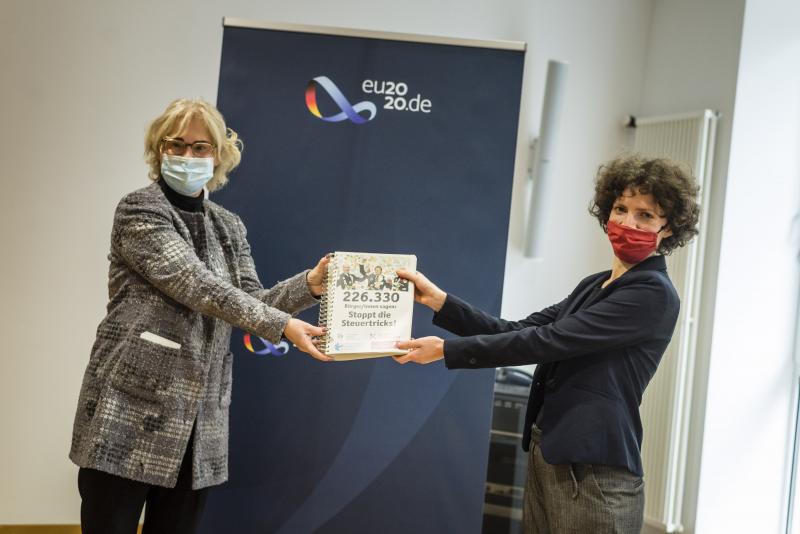