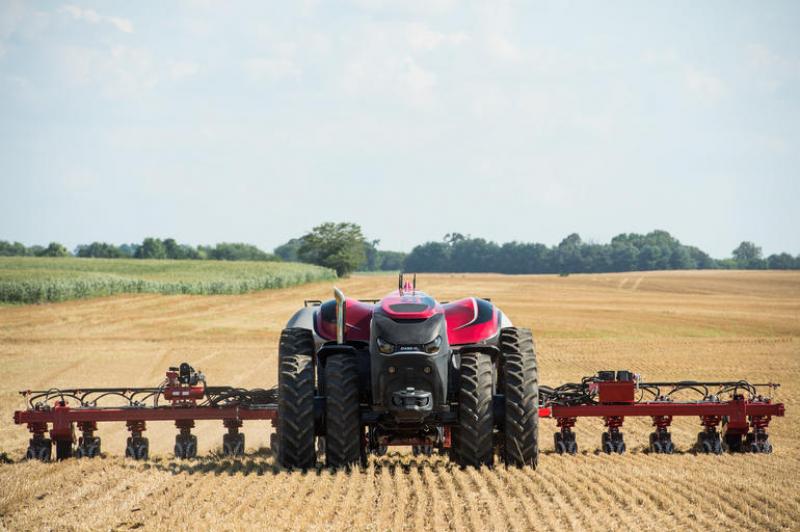 COPA-COGECA: defending farmers in public and the agribusiness industry in private?

Do you remember our October 2020 investigation into the lobbying of COPA-COGECA, the inescapable Brussels farm lobby, as well as their French member FNSEA? We wanted to know why, so often, this organisation supposed to defend farmers is defending positions leading to the destruction of farmers as a social group. We have an update for you.

Over the next two weeks, the European Parliament will discuss its opinion on the European Commission’s Farm to Fork Strategy. COPA-COGECA’s suggested amendments to MEPs were leaked, and confirm once again the organisation’s problematic positions: a complete denial of industrial agriculture’s contribution to the climate crisis, an opposition to any reference to more healthy and plant-based diets, boosting organic agriculture or binding legal targets, as well as a call for an impact assessment of the European Green Deal (aka the old delay-and-derail tactic).

A quick reminder first. For decades, COPA-COGECA and its members have been the unofficial, self-appointed, co-managers of the Common Agricultural Policy (CAP), together with the European Commission’s DG Agriculture and national agriculture ministries. While they no longer have the clout they once had, they still enjoy considerable influence over EU and national policy-makers: as such, today’s EU farm policies are to a large extent the outcome of their lobbying efforts.

The Italian MEP Paolo De Castro (an influential S&D member of the European Parliament’s Agriculture Committee, who played a central role in shaping the horrible deal between the social-democrats, liberals and conservative groups for the next CAP - 2023-2027), for example, called COPA-COGECA his “point of reference” in a recent Italian media article. He suggested that Greta Thunberg should have a chat with the lobby group, instead of criticising his work.

COPA-COGECA was very displeased by our investigation, and published an open letter, penned by its Secretary General Pekka Pesonen, which aimed to dispel the “clichés” that our report supposedly fed. The letter insisted that defending family farming was the lobby group’s moral “compass” and “cardinal value”. It further stated that they were “supporting the transition to more sustainable production and consumption”, as well as the “the overall ambition of the European Green Deal and Paris climate agreement”. In sum, they would “continue to defend, with determination, a transition that reconciles agricultural production and environmental conservation for millions of EU farmers.”

It is an interesting letter in many ways: it reflects the organisation’s unquestioning belief in what it thinks it is doing, as well as what it believes its opponents are doing. However, discussing the lobby group’s public statements, and listing the many embarrassing points raised in our article that they preferred not to address (such as the influence of the cooperatives-turned-agribusiness multinationals whose interests they also represent), is perhaps not as useful as just looking at what, concretely, they are currently doing on these issues. After all, declarations of love are great, but proof of love is better.

And here comes the update: the amendments that the Brussels farm lobby is pushing for in the European Parliament. We leave you to judge for yourself how the lobby alliance’s behaviour behind the scenes compares with its public statements.

As far as we are concerned, proposing to delete the sentence “currently, the food system is responsible for a range of impacts on human and animal health and on the environment, the climate and biodiversity” as a first amendment sounds a lot like denial. Perhaps not an ideal basis to build a relationship on. 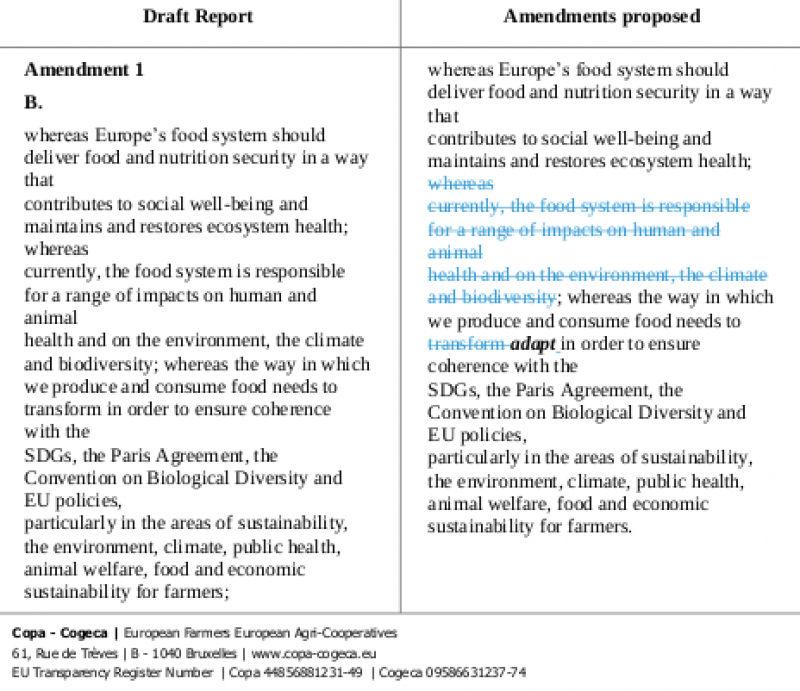 Another amendment, which proposes to delete a reference to the climate impact of the livestock sector (to instead pretend that the agriculture sector is not responsible and that nature itself would also be a culprit), doesn’t exactly redress this perception. COPA-COGECA’s open letter insisted that the organisation does not only represent “factory farms”, and took pride in its membership’s “diversity”. Well, good for them. And yet in its proposed amendments the alliance refuses to accept the cutting of public funding for destructive (ie industrial) farming operations. 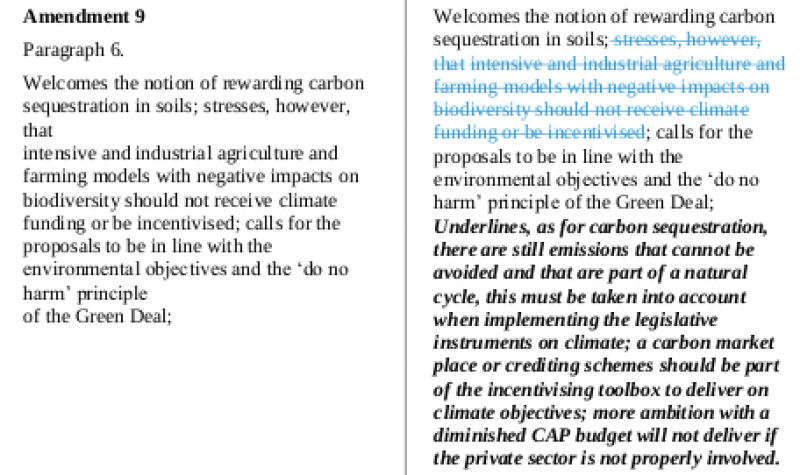 COPA-COGECA’s open letter also made a point of saying that the lobby alliance has had a working group on organic agriculture for more than 30 years.

Perhaps this working group should step up its game, to ensure that the organisation defends organic farmers as much as it defends factory farms, rather than forgetting its very existence, as seemed to happen in recent weeks! In the proposed amendment below, the lobby alliance wants to delete a reference to encouraging organic and local food production.

There is more: COPA-COGECA proposes that any reference to bringing in binding legislation to reduce the use of pesticides, fertilisers and antibiotics is deleted. They support the “overall ambition” of the Green Deal, they said; but let’s not be too specific shall we? 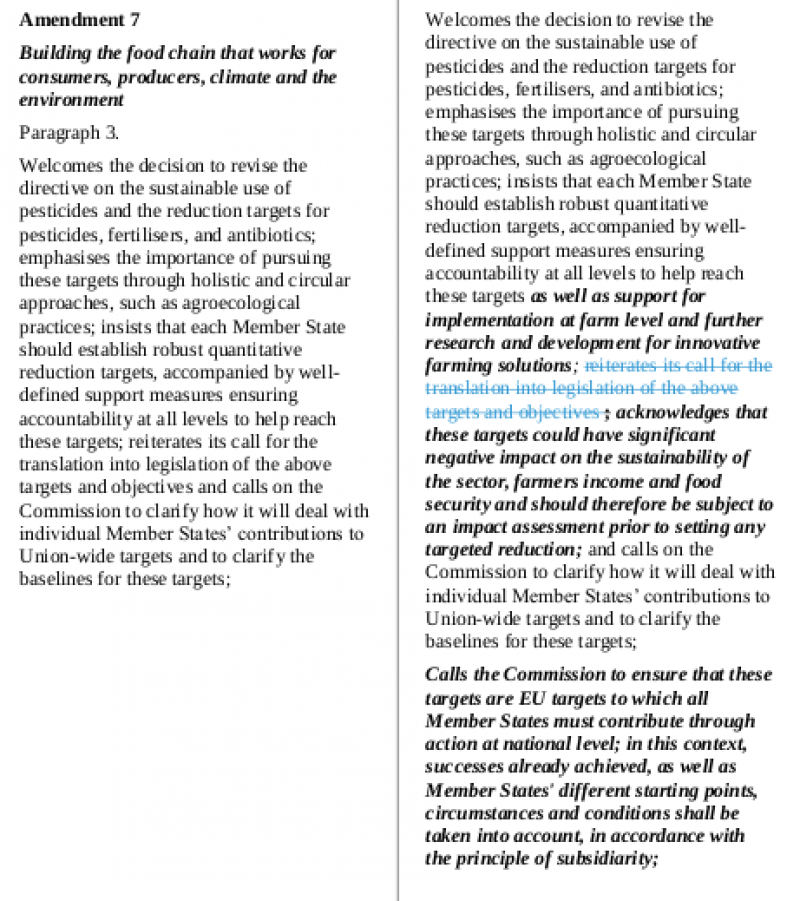 The lobby group’s attempts to impose bureaucratic obstacles to the process (impact assessments) is also obvious, with the aim of delaying and hollowing out these targets (incidentally, and no doubt coincidentally, this is exactly what the pesticides lobby is promoting too).

The pesticides industry has a big problem nowadays, as it becomes more and more difficult to bring new poisons to the market. Companies like Bayer are therefore investing significantly in so-called “precision agriculture” (drones, robots, sensors etc) - technology which replaces human labour and will thus destroy many farming jobs – and genetic engineering, to keep their profitability afloat. It seems that COPA-COGECA is very happy to support these objectives.

The Farm to Fork Strategy is an interesting policy approach, in that it deals not just with food production, but also distribution and consumption. As such, it also tries to include and promote notions of healthier and more environmentally friendly diets, that do not depend solely on consumers’ ability to purchase them (to avoid a situation where only rich people could afford to eat healthily). But working to reduce the amount of highly processed foods (that have a high salt, sugar and fat content) consumed in the EU doesn’t seem to have COPA-COGECA’s support, despite the overwhelming evidence that their excessive consumption has very bad public health consequences. Is that really what the majority of farmers think? 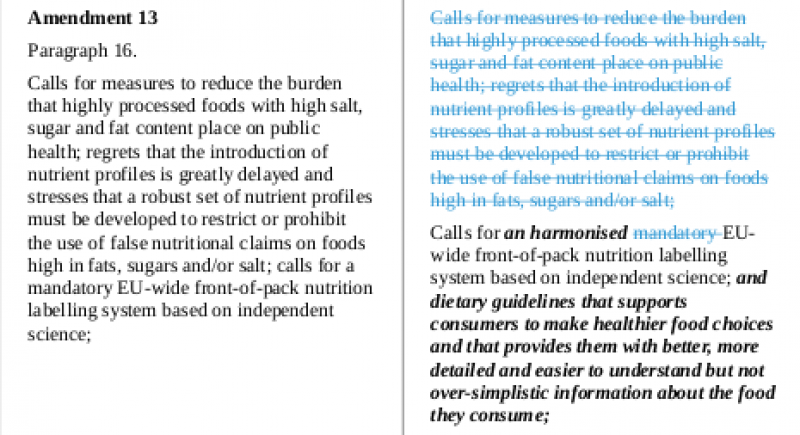 Agricultural commodity prices are in general so low, now that the markets have been largely deregulated, that the majority of farmers have to rely on public subsidies to survive. It is therefore not surprising that COPA-COGECA asks for more money. That is its traditional position: obtain public subsidies for farmers’ revenue. 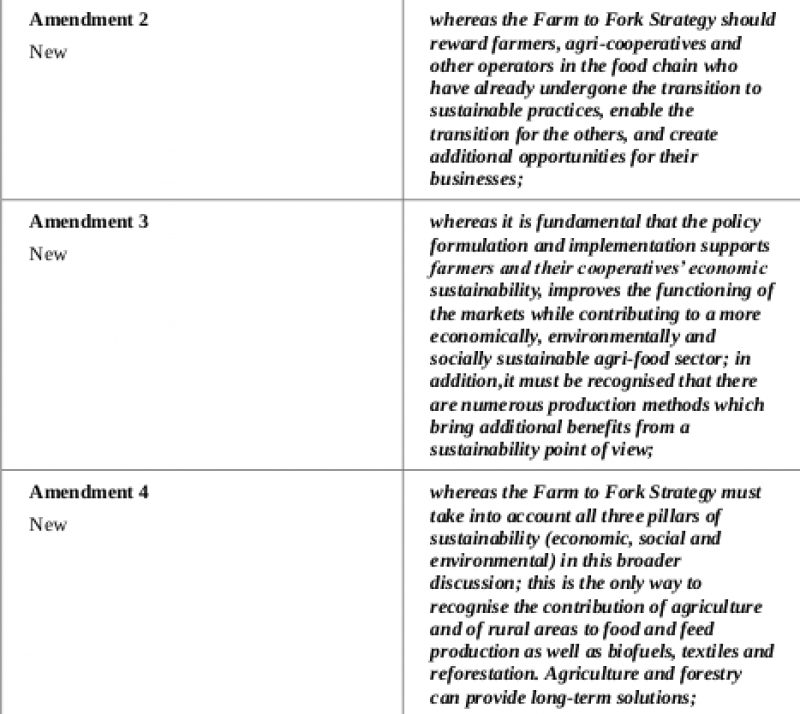 If only COPA-COGECA had said earlier than, say, 4-5 years ago, that opening up markets to international competition threatened European farmers’ income! They now say this… But it is far too late. In late 2014, the agricultural lobby alliance co-signed a position paper with the big business and supermarkets lobbies, to celebrate the opening of the TTIP negotiations between the EU and the US.

COPA-COGECA’s call for a consistent approach between the CAP, the Green Deal, and EU Trade policy reads positively, but they probably have different ideas about what consistency means from us! In any case, the lobby alliance did all it could, and is still doing all it can, to ‘align’ the Green Deal to the CAP - rather than the other way around.

Indeed, we described in our earlier investigation (which was based on lobby documents sent by COPA-COGECA to the European Commission) how the lobby group in fact fought to make sure the CAP would not align with the EU’s Green Deal, and in particular the Farm to Fork and Biodiversity Strategies. This was to ensure that the largest EU budget of all would not change, and would keep subsidising the destruction of nature, despite the ongoing climate and biodiversity crisis. They won the battle in the European Parliament and Council: the CAP positions adopted by these institutions could even be considered a step backwards, compared to the status quo. Congratulations to them.

The main reason for COPA-COGECA’s positions, we found, was that the lobby group is actually not really defending the interests of farmers, who are getting wiped out as a social group by the industrialisation and concentration of farming – there was a 31.7% reduction (- 9,5 million) of farming jobs between 2005 and 2016 in the EU, and farmers and farm workers are in fact the group that is most exposed to today’s toxic agricultural practices.

Rather, COPA-COGEGA's positions aligned much more with those of the agribusiness industry, which doesn’t want to see the price of agricultural commodities increase. They even opposed a meaningful mandatory capping of the CAP subsidies, which would have somewhat re-balanced the notably inequitable distribution of subsidies between the richest and poorest farms.

Where, in all of this, is the defence of family farms? Indeed, is the very idea of "family farm" even still relevant, when many factory, or very large, farms are today owned by families? After decades of destroying nature and millions of jobs in the farming sector, shouldn’t the farmers who belong to COPA-COGECA, and the other members of the alliance, seriously consider changing their approach and methods of defending their interests, to be more consistent with their supposed “cardinal values”? For instance, why should COPA, which represents farmers, keep having a joint Brussels secretariat with COGECA, which represents cooperatives that for some of them have morphed into multinational agribusinesses and have a vested interest in keeping the status quo?

Right now, COPA-COGECA’s actual lobbying and demands behind the scenes in Brussels seem to strongly contradict and undermine its public statements of support for family farming, the Green Deal and Paris Agreement. If it doesn’t want to find itself on the wrong side of history in regard to the environmental and social crisis hitting European agriculture, COPA-COGECA may need to re-set its compass.

Image: the Case IH Autonomous magnum is a concept driverless tractor introduced in 2016 by the company CNH Industrial.