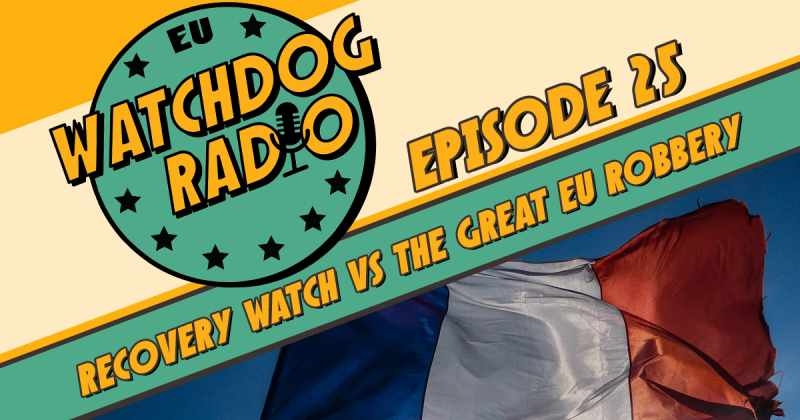 In this new episode of EU Watchdog Radio we dive into the question on how the European governments are actually spending the billion and billions of EU recovery funds. We focus specifically on France, which is taking over the EU presidency as of 2022.

The climate movements are preparing for the important climate summit which will take place in Glasgow, early November. All kinds of experts, like the scientists of the IPCC told us that we have ten years to curb  greenhouse gas emissions. And we should keep fossil fuels in the ground as much as possible.

There are a lot of green and climate friendly speeches and commitments. But when you dig a bit deeper, it seems that billions of recovery funds are flowing into the bank-accounts of the fossil fuel industry or other sectors that are contributing to climate change. Despite their green rhetorics, the European commission and EU governments are allocating billions towards false solutions as hydrogen, the trojan horse for the gas industry, and the nuclear sector.

In this episode we talk with Olivier Petitjean, researcher working for l’Observatoire des Multinationales in Paris. Together with other research organisations all over Europe, he published a first report under the banner Recovery Watch, to monitor how all those European billions are being spent.

Big corporations and their lobbyists are now cheering the so called solution for climate change, called hydrogen and a new generation of nuclear power plants. The French president Emmanuel Macron officially announced his support as the big plan for France, and is supported by at least ten eastern-European countries. So the move of the French president Macron to support nuclear and hydrogen was maybe somehow predictable but also bad news for a robust EU climate policy.  In January France will take over the Presidency of the EU Council for six months. Will Macron steer the EU in a more neo-liberal direction?