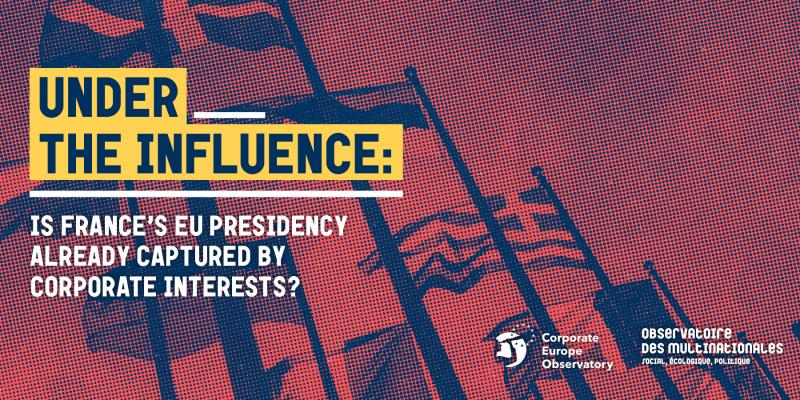 Under the influence (I)

In January France will take over the Presidency of the EU Council for six months. But the way the Presidency is being prepared - privileged access for corporations and their think tanks, revolving doors, possible corporate sponsorship, and next to no public engagement - provokes real concern. Will this be a pro-corporate Presidency which prioritises a handful of corporate ‘champions’, and an ever greater role for big business in policy-making? Read the new report by Observatoire des multinationales and Corporate Europe Observatory, available in English and French, to find out more.

In January 2022 France will take the Presidency of the Council for a period of six months. France’s Presidency of the EU will be politically significant, as it coincides with national elections in April-May 2022, in which Emmanuel Macron will seek a new term in office. His administration has an ambitious agenda for the EU Presidency including: defending the sovereignty of Europe, learning the lessons from the Covid crisis, boosting the continent’s economic recovery, and ensuring its strategic autonomy in the face of international competition, all while bringing the EU and its institutions closer to European citizens.

At the same time, given the way France has been preparing its Presidency, there are increasing reasons for concern over how its vision for the future of the EU will play out in practice. Under the pretext of European sovereignty, it seems to be pushing for ever greater government subsidies and support to a handful of corporate champions, and for a larger role for big business in policy-making.

Core findings of this report include: 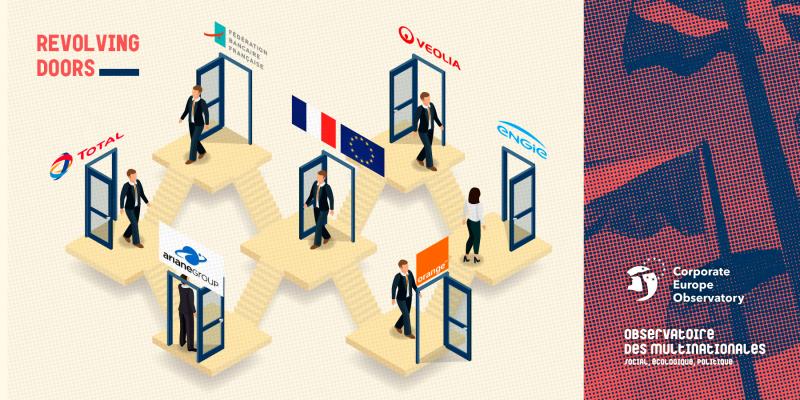 The stakes are high. A number of legislative proposals and policies crucial to the future of Europe will be adopted or examined during the French Presidency, including the Green Deal, the ‘Fit for 55’ climate package, legislation on the digital sector, and the future of the recovery funding and NextGeneration EU.

But it is not too late. If the French Government is serious in its claims about promoting European democracy, it should reverse course and protect its Presidency of the EU from corporate capture.

Read our new report in English and French to find out more. You can also take action to prevent corporate sponsorship of the French Presidency here.