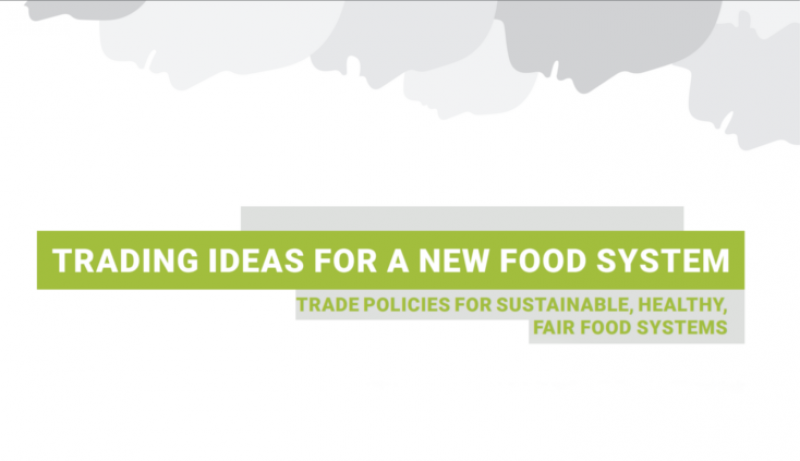 Visions for a new food and trade system

On the occasion of the International Day of Farmers' Struggle, we have jointly with allies prepared five short visions for a sustainable, healthy and fair food and trade policy to restart this important debate. Below you will find a brief summary of CEO's vision as well as links to the comprehensive text and the visions of the European Federation of Food, Agriculture and Tourism Trade Unions, the European Milk Board, the European Public Health Alliance and Friends of the Earth Europe.

To sum up, Corporate Europe Observatory believes trade should serve public, not private, interests. We need a change of priorities that places the interests of farmers, consumers and the planet above the interests of multinationals and neoliberal trade. Food sovereignty should be respected, allowing countries and communities to prioritise local and regional food systems, choose what they eat, and make sure their community’s food is healthy and accessible to everyone. Trade negotiations should be open to public scrutiny and decisions should be made democratically. Privileged access to trade negotiations for corporations must end. Problems caused by the current ‘free trade’ dogma cannot be solved by simply another set of trade policies, but require the strenthening of social and environmental policies.

- a binding UN treaty on transnational corporations and their subsidiaries to enforce human rights, including peasants’ rights and environmental rights.
- an extension of the mandate of the International Criminal Court that enables it to stop corporations from committing crimes against the environment ('ecocide').
- a legally-binding instruments against undue lobbying influence by corporations in trade policies and other policy areas at all levels. The public should have full access to negotiating texts when trade deals are being shaped.

You can download the overview text as well as all five comprehensive visions here:

- Overview of all visions: Trading Ideas for a New Food System

- Friends of the Earth Europe VISION