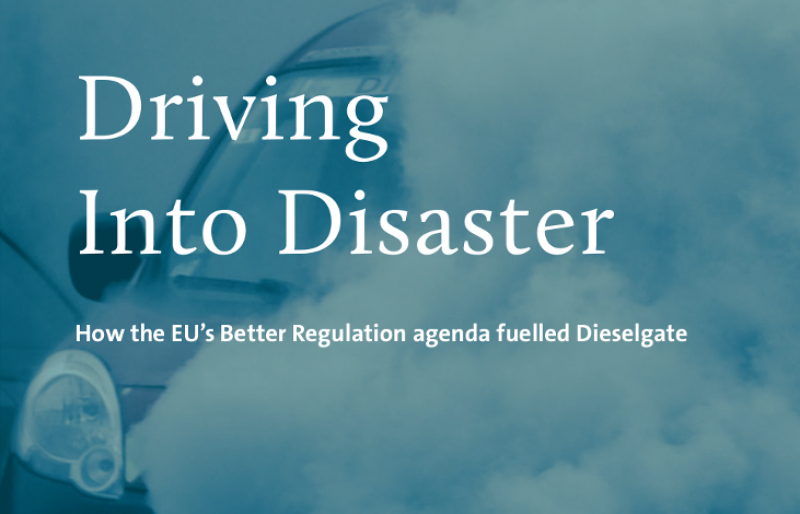 ‘Dieselgate’ was the result of corporate-driven deregulation, with both member states and European institutions complicit in turning a blind eye to industry-wide abuse, according to a report released today by Corporate Europe Observatory and Friends of the Earth Europe.

“Driving into Disaster” reveals how the European Commission’s deregulatory ‘Better Regulation’ agenda implicates the institution in an affair that has by now engulfed many leading manufacturers in the European automotive industry.

'Dieselgate' has lifted the lid on a culture of industry self-regulation and light-touch rule-making that is enabled by European decision makers and that reveals the flaws in the EU’s Better Regulation agenda.

The study highlights how both the European Commission and Member States turned a blind eye to industry-wide abuse of the system for emissions regulation, and as part of the ‘Better Regulation’ agenda even invited the car industry to shape regulation as well as its enforcement.

Car manufacturers successully ensured the 'Better Regulation' was applied to their industry through their domination of the influential High Level Group 'CARS21' (on the competitiveness and sustainable growth of the automotive industry). The groups recommendations reflected not just the heavy industry domination among participants, but also willingness of the Commission and Member States to facilitate the pro-industry approach.

Some of the new policies that were proposed by CARS 21 include replacing EU-specific emission testing methods with weaker global standards, introducing self-testing instead of fully independent assessments and lead-in times to delay new policies coming into force.

At no point did public health concerns or climate action feature in the considerations of the group, which was also meant to have looked into sustainability aspects.

The resulting pro-industry deregulatory culture that came out of CARS21 can be seen across the dieselgate scandal and throughout the subsequent draft inquiry report of the European Parliament's Committee on Emissions Measurements in the Automotive Sector (EMIS) into the scandal.

As it is, cities across the EU keep choking on toxic traffic fumes. Whether the final EMIS report into 'Dieselgate' will mark a turning point for stricter monitoring and regulation of the car industry in Europe depends on how much support its vital passages will receive in the committee's final vote next Tuesday.