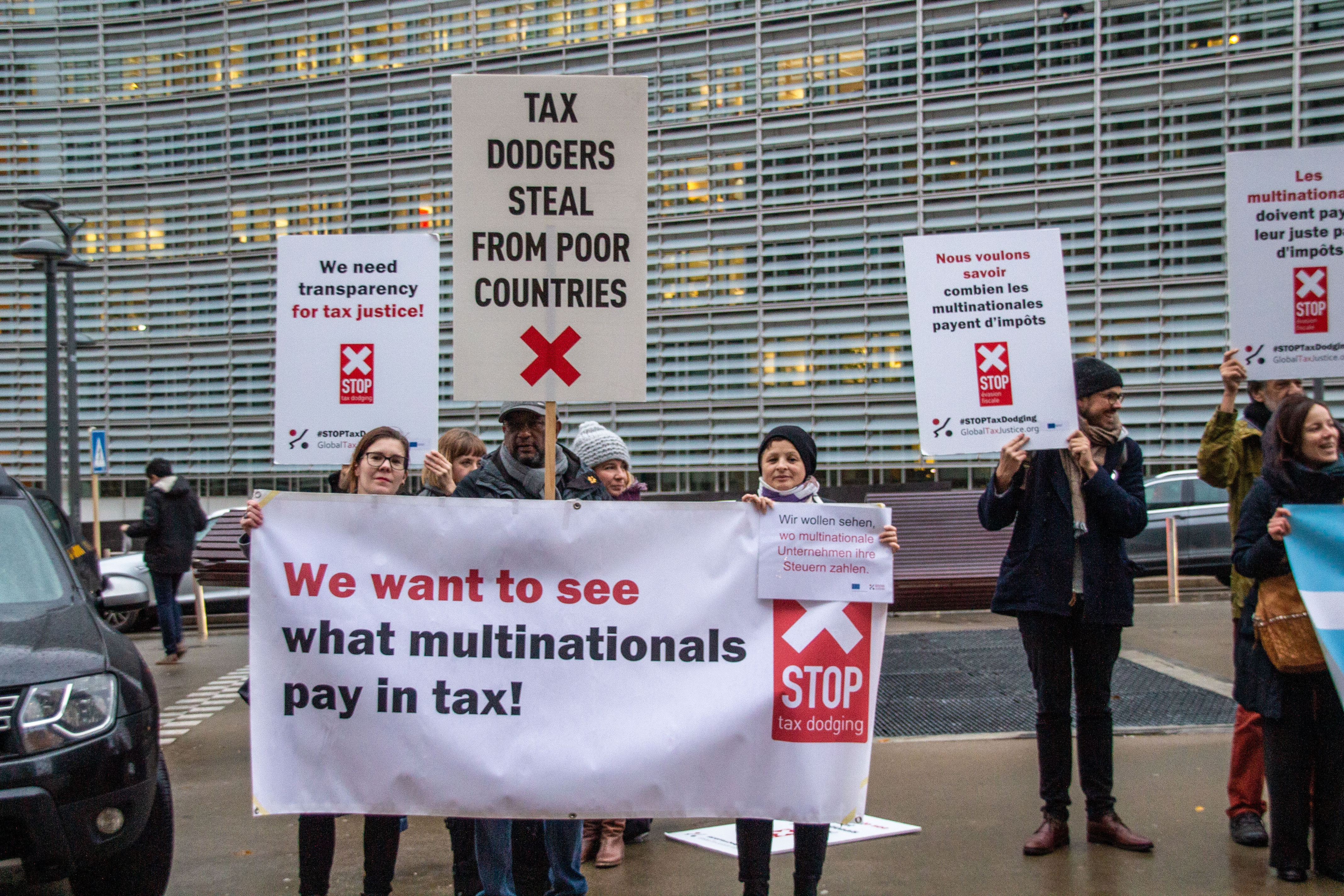 Amazon, Facebook, Apple, and other multinational corporations make billions in profits in Europe. Yet they pay hardly any taxes. The majority of EU member states want to expose corporate tax dodging – but German Economy Minister Peter Altmaier is standing in their way! It is now up to German Justice Minister Christine Lambrecht: she can put the legislative proposal to a vote in the EU Council – and finally increase tax transparency for multinationals. Take action today to make this happen!

There has now been a very disappointing outcome to the inter-institiutional negotiations to finalise new tax transparency rules for multinationals. The new rules include various major loopholes which will let big corporations off the hook when it comes to reporting on the tax they pay in different countries. Tax paid in most countries around the world will not be subject to the new reporting requirements, while corporations will be able to withhold information for up to five years if it is considered 'commercially sensitive'. Furthermore, there is a reporting threshold of €750million turnover for two consecutive years in order for companies to meet reporting obligations, thereby excluding almost all EU companies from the scope of the rules. Regrettably, these new rules do not constitute effective public country-by-country reporting; major multinationals wishing to avoid tax transparency will not find it hard to avoid these new rules. Until we secure real tax transparency, tax justice will remain a distant goal.

Campaign success! The EU Council, now led by the Portuguese Government, has voted to progress this tax transparency file to the next stage by opening negotiations with the European Commission and European Parliament. The new law should be finalised within months. This is excellent news. Corporate Europe Observatory is working in coalition with a number of other tax justice groups to make sure that the final rules for tax transparency of major corporations are as strong as possible.

Over 230,000 people took action in November 2020 to demand that the German Presidency of the EU Council put the action of tax transparency on the agenda, so that ministers could demonstrate their majority support and the file would move forward. Regrettably the German Presidency chose not to do this, and the file became a victim of internal German Government coalition politics. The signatures were presented to Minister Lambrecht on 20 November and we will continue to press the upcoming Portuguese Presidency to maintain majority support for the file and to table it for a ministerial vote. Thank you to everyone who took action.

Multinational corporates are making billions of profits in Europe – yet they pay hardly any taxes. Our demand: stop supporting multinationals hiding their tax dodging from the public! Corporations must finally disclose how much they earn in each country and what they pay in taxes (so-called public Country By Country Reporting, pCBCR). Increasing transparency would be an important step towards stopping corporate tax tricks.

A proposed new law to introduce pCBCR finally has a majority in the EU Council and as the current President of the Council of the EU, Germany can decide to put this legislative proposal on the agenda of the Competitiveness Council for a vote, even if it abstains itself. Seize this opportunity to increase tax justice in Europe!

Pave the way for a vote: multinational corporations need to start paying their fair share and contribute to society.

By taking action, your message will be sent to