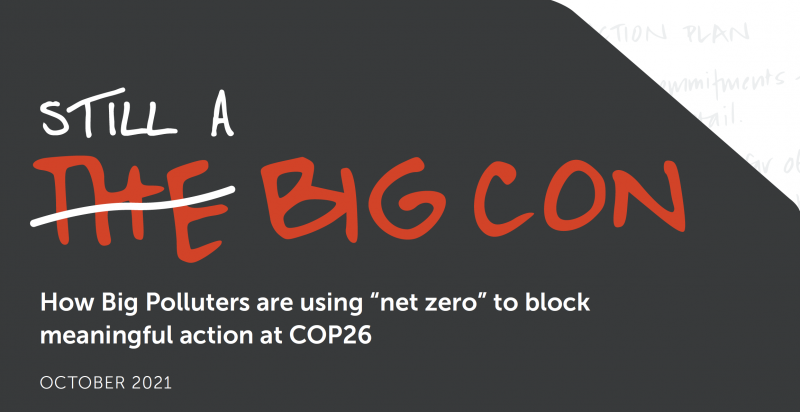 On the road to COP26, corporations are using “net zero” to block effective climate policy and greenwash their image while maintaining business-as-usual. Alongside Corporate Accountability, Friends of the Earth International and Global Forest Coalition, CEO has looked into the “net zero” conning and COP26 greenwashing of six major corporate players, but they’re not alone.

In June 2021, more than 70 climate justice groups around the world launched a report, “The Big Con”. This report built on previous reports and analysis of “net zero” and revealed how Big Polluters across various economic sectors are advancing a “net zero” agenda to delay climate action, deceive the public, and deny the need for real, urgent, and meaningful action. This fact file builds on “The Big Con” by providing more detail on the “net zero” agendas of six major corporate players. These corporate actors include COP26 sponsors, Big Oil and Gas majors, and key influencers in the United Nations Framework Convention on Climate Change (UNFCCC), as well as in other “net zero” related initiatives such as the Taskforce on Scaling Voluntary Carbon Markets (TSVCM) and the Race to Zero. 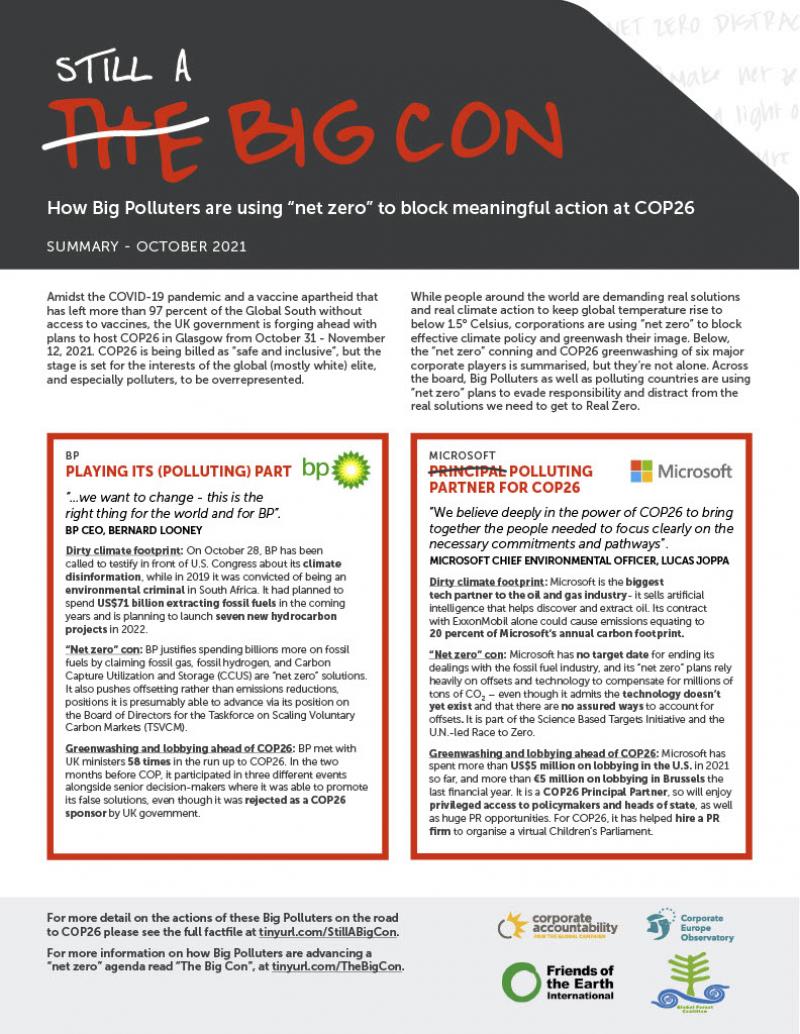 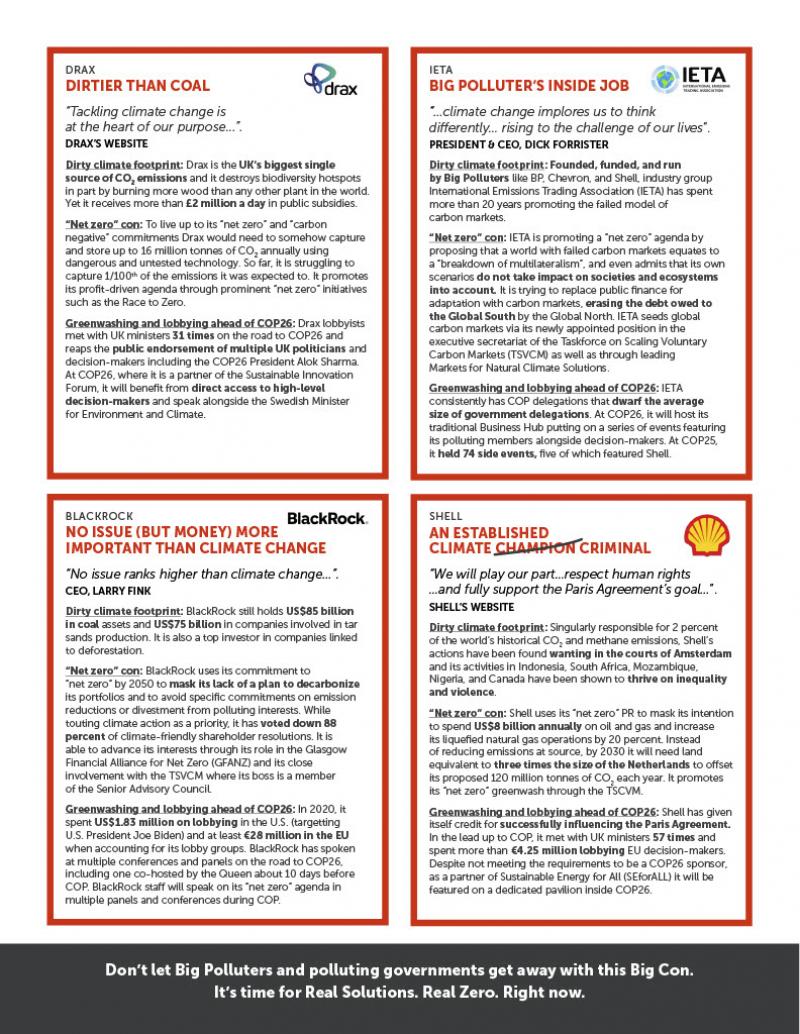