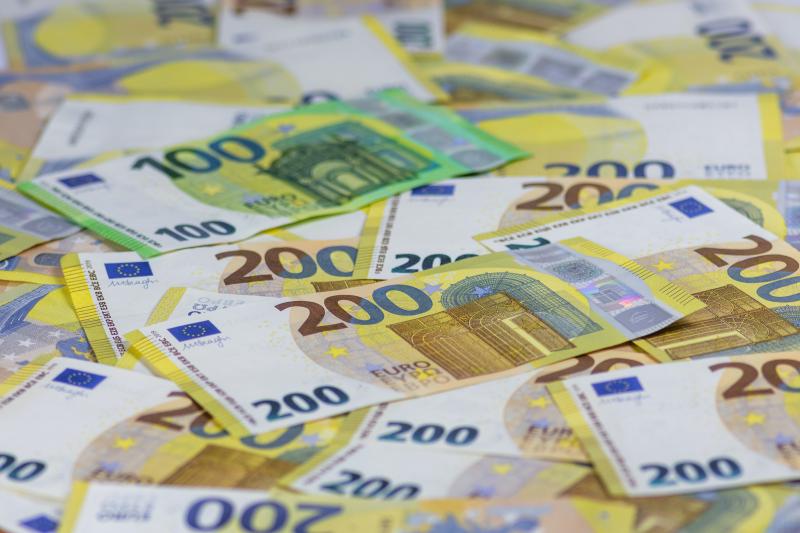 Business interests are never shy in their opposition to targets and regulations aimed at protecting workers and the environment, or tackling the climate crisis. But we are currently seeing a scaling-up of industry efforts to thwart progressive regulation across many sectors, particularly in food and agriculture. And industry is not afraid to deploy the Ukraine crisis to serve their agenda.

Take for instance the "food supply chain" lobby ‒ big farmers, food traders, manufacturers, and retailers ‒ which argues in response to the Ukraine crisis that "the content and timing of regulation needs to be mindful of the costs to those having to apply it".

Or BusinessEurope, one of Brussels' biggest lobby-groups, with members including agro-chemical giants Bayer and BASF, which has called on the EU to "impose new requirements only when absolutely necessary" and to avoid "burdensome requirements".

Or a leaked paper by the Federation of Austrian industries demanding a halt and re-evaluation of climate targets in both Brussels and Vienna, arguing that "due to the Ukraine crisis we can't go back to political business as usual."

But the food, farming, and chemicals industries have directed their greatest ire at the EU's Farm to Fork strategy, an attempt to shift away from the EU's traditional productivist, pesticide-intensive, corporate-friendly model of farming.

Industry has tried to derail Farm to Fork, using the Ukraine crisis to reinvigorate tired arguments against greener farming practices, with EU Commissioner Frans Timmermans even complaining of being targeted personally.

Industry's political allies on the centre-right have also spotted an opportunity to bang the drum for deregulation.

The big farmers' lobby Copa-Cogeca has worked with the European Parliament's centre-right, pro-business European People's Party (EPP) group to weaken and block vital rules to implement climate targets, by demanding a mega-impact assessment of the proposal.

Such assessments tend to favour economic factors over social and environmental ones, only delaying progress towards tackling the climate emergency. Copa-Cogeca also actively promoted another centre-right amendment demanding a "regulatory moratorium" to support business in the wake of the Ukraine invasion.

In March, the EPP demanded that a series of social and environmental protection files such as "nature restoration, plant protection products, and [corporate] due diligence" should be "postponed" due to the Ukraine crisis.

In April German centre-right politicians issued an even longer list of EU social and environmental proposals they wanted scrapped or delayed, arguing for more "flexible" use of pesticides and no "over-regulation of soil protection".

Meanwhile Swiss pesticides giant Syngenta's chief executive has deliberately used the Ukraine crisis to attack organic farming which represents a direct challenge to his company's profits, even going so far as to blame it for starvation in Africa.

Global hunger is on the rise, with Ukraine, Covid-19, and adverse weather conditions widely recognised as contributing to rising food prices. But this trend predates these crises and comes at a time when food production is higher than ever. As George Monbiot recently pointed out in The Guardian, the food production and distribution system is increasingly concentrated and "becoming tightly coupled to the financial sector… making it more susceptible to cascading failure".

Financial speculators are pushing up commodity prices for profit, with no care for the wider consequences. For example investment bank JP Morgan recommended buying "commodities that have performed well during previous cycles of inflation" including agricultural commodities, in the early weeks of the Russian invasion.

More than a billion dollars were channelled into agriculture-trading funds in just a few weeks.

Building on analysis by Corporate Europe Observatory and others about previous EU lobby battles to regulate food commodity speculation, Follow the Money has highlighted how corporate capture has led to even weaker commodity speculation rules, ushered in during the COVID 19 pandemic apparently under the public radar.

Given that corporations and financial speculators are helping push food prices out of reach for so many, it's particularly cynical that their lobbyists argue that social and environmental regulations should be slashed because of the cost of living crisis.

There couldn't be a more powerful example of both the distortions of corporate lobbying narratives, and the terrible consequences of deregulation.

In March 2022, when the European Commission decided to postpone vital targets to reduce pesticide use ‒ a key element of Farm to Fork — because of the Ukraine crisis, the agri-business sector must have thought it was winning the battle against greener farming.

But it may have celebrated too soon. When the delayed proposal was finally published at the end of June, green groups gave it a cautious welcome with binding EU and national targets to reduce pesticide use finally on the table.

Does this mean that EU decision-makers are ready to reject the opportunistic, deregulatory arguments of industry? There is certainly a long way to go, to unlock the food and finance industry's hold over food and farming policy.

It is imperative that we reduce our dependence on pesticides and fertilisers including those derived from fossil fuels, and regulate financial and agricultural markets to ensure that in the twenty first century, hunger finally is banished to the past.