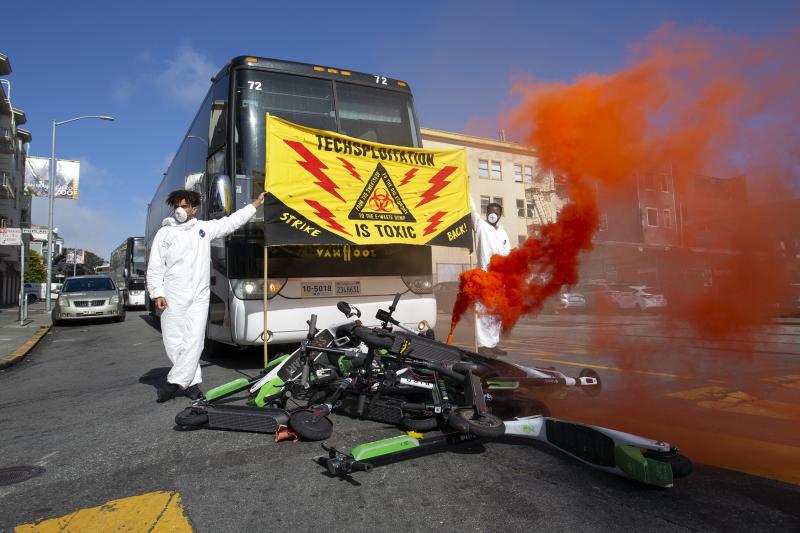 Uber Files 2: How digital platforms are lobbying to undermine the rights of their workers

As the Council and the European Parliament are discussing a directive to better protect the rights of platform workers, a new report by Observatoire des Multinationales exposes a lobbying offensive by Big Tech to drastically weaken the legislation. Only a few months ago the Uber Files revealed the use of unscrupulous and shady lobbying tactics by the tech platform to roll out its unethical business model. Now, new internal EU documents expose the lobbying tactics by digital platforms to safeguard their business model based on flexibility, low costs and few social rights for platform workers.

Several important lobbying associations such as Move EU and Delivery Platforms Europe haven’t even registered their lobbying budget in the EU Transparency Register, despite having had multiple high-level meetings with the European Commission. This is especially notable as a correct registration is a precondition for having high-level meetings with the European Commission in the first place.

The internal documents show how this increased lobbying power was targeted at the Commission to weaken the directive at an early stage. In one of the Commission documents, the Directorate for Employment, Social Affairs and Inclusion mentions that “if [it] counted all meetings organised at all levels, probably over 100 meetings were held with those representing platforms”. By April 2021, Uber met DG Employment five times in five months. During the same period, Bolt had 8 meetings in 7 months and in June 2021 Wolt had at least 6 meetings in 9 months.

Digital platforms not only lobbied themselves but could count on the support of powerful business associations such as BusinessEurope to lobby on their behalf. Uber for example sits on BusinessEurope’s corporate advisory group. Documents obtained by CEO show how BusinessEurope tried to convince the Commission in a meeting in March 2020 to leave regulation on platform workers up to the Member States.

Although digital platforms have largely failed in their attempt to water down the proposal of the Commission, the coming months will prove critical as the directive passes through the trilogue negotiations between the EU Parliament and the Council.

A slew of consultants and law firms were hired as well to lobby on behalf of the platform economy. Since 2013, Uber has spent more than one million euros on EU lobbying through contracts with Covington & Burling LLP and Gide Loyrette Nouel. The Uber Files reveal how Fipra, a public affairs firm, created a list of no less than 1,850 "targets" for Uber to approach to advance its agenda in around thirty European countries. It includes mainly politicians and civil servants, but also academics, CEOs, journalists and influential advisers. Above all, Fipra, commissioned by Uber, met Neelie Kroes, then Commissioner for the Digital Economy, less than two weeks before she left the Commission, on 18 October 2014, to discuss in particular, her future role in the company.

Uber is not the only digital platform to have acquired the services of expert lobbying firms. Bolt spent between 100,000 and 200,000 euros in 2020 to pay for the consultancy and communication services of Portland, an agency founded in 2000 by Peter Guilford, a former spokesman for the Commission. 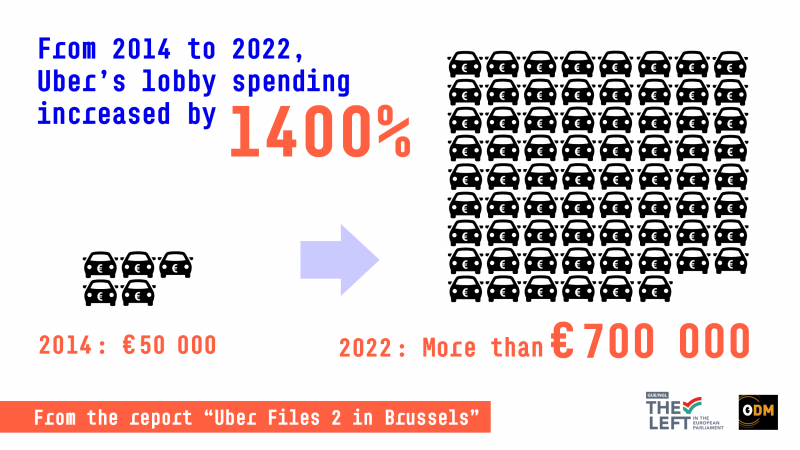 The report also highlights some of the lobbying strategies employed by platform companies to water down the directive:
•    In November 2021, the Copenhagen Economics research institute published research funded by Delivery Platforms Europe. The study’s results are in line with the lobbying positions of the platforms, namely that platform workers prefer a flexible employment status. The study was so biased that the European Commission mentions “the questionable independence and quality” of the research. Another much quoted study by proponents of the platform economy by Accenture has been funded by Uber.
•    The digital platforms tried to discredit voices who raised questions about the standards of platform workers. In talks with the Commission, Move EU questioned ongoing court cases from platform workers against digital platforms claiming that these workers “only try to receive retroactive payments”.
•    Several platform companies tried to discredit unions and their legitimacy to speak in name of platform workers. In a policy pitch to the Commission in November 2021, Bolt claimed that unions do not speak on behalf of platform workers. Deliveroo as well complained to the Digital Commissioner’s office about the inclusion of unions alongside digital platforms.

Although digital platforms have largely failed in their attempt to water down the proposal of the Commission, the coming months will prove critical as the directive passes through the trilogue negotiations between the EU Parliament and the Council. This process is infamous for being opaque and vulnerable to corporate capture.

The Uber files have revealed the extent to which Uber is willing to use unscrupulous and shady lobbying tactics to roll out an unethical business model. It shouldn’t be up to a whistleblower to expose these unsavoury methods. Rather the EU should make sure that money does not buy influence.

"Our rights are non-negotiable!"

How do you think they reacted? (1/4) pic.twitter.com/AMzEkQK9GM