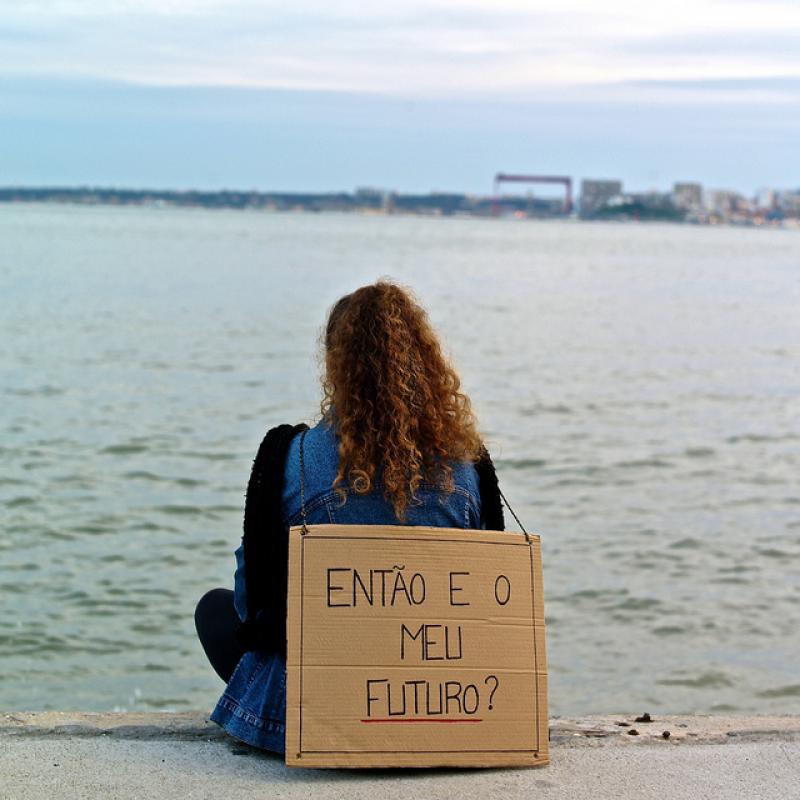 The EU and the crisis: from austerity to solidarity

A Tribunal on EU economic governance and the Troika took place in Brussels on 15-16 May. Twelve witnesses from eleven countries in Southern, Eastern and Western Europe gave testimony to the failure of the EU and Troika policies to address the crisis. In fact many testified that the strategy of the austerity policy measures is a deliberate attack on working people’s standards of living.

Indeed, people’s lives and livelihoods have been devastated by the austerity and other policy measures – whether via the Troika (European Commission, European Central Bank and the International Monetary Fund) or by direct imposition on national governments of straitjacket fiscal policies, the restructuring of labour and social policies that favour the financial markets, the big banks, and corporations.
According to Christos Giovanopoulos (Solidarity4All, Greece), “with the financial and political dictatorship of the Troika, we are confronted with an (un)constitutional ‘coup d’état’ that has brought the loss of national and popular sovereignty and the demise of democracy”.

Witness after witness testified to increasing inequality, unemployment (affecting women and men, across generations, but is especially high among the youth), homelessness, and impoverishment.
Georg Rammer (Attac Germany) says: “the most recent statistics from the OECD indicate that around 20% of the population in Germany is affected by poverty or social exclusion. Children are particularly affected. The IAB (German Labour Market Institute) has calculated that one in four children lives in a family affected by poverty”. In Slovenia, adds Kira Cerjak (Iniciative for Democratic Socialism), “the labour force is increasingly forced into precarious work which does not suffice for decent livelihood”.

Across the EU, according to Gabriele Michalitsch (Vienna University), “we have an enormous increase in female poverty and of unpaid work in the home. We also see the privatization of child care and elderly care being transferred informally, particularly to women migrants who are deprived of their basic rights and expected to work for very low wages”.

Europe-wide reports from rapporteurs on debt, democracy, poverty, public services, wages and feminist perspectives collaborated the narratives presented on the national situations indicating alarming developments, including intensifying racism and neo-fascism. Since the beginning of the crisis, a restructuring has occurred that takes Europe on a track to social and political regression, violations of labour, social and migrant rights, attacks on women’s reproductive rights and increased violence against women and an unprecedented roll-back of democratic achievements. All the testimonies pinpoint to similar trends across the EU – giving a strong message that this is not the crisis of one country, it is a Europe-wide crisis and a crisis of the economic model.

However the dominant message from the Tribunal is that resistance continues in large and small mobilizations and in many creative experiments of grassroots democracy. Ana Maria Jimenez of the PAH (Platform of People affected by Mortgages in Spain) reported that: “Today we are more than 200 nodes in the state. We have stopped over 1.000 evictions, we have relocated over 1.000 people through our Obra Social campaign”.

Despite great difficulties, people are organizing to demonstrate that water is a public commons and cannot be privatized as in the Thessaloniki and Italy initiatives involving citizens and local government; stopping evictions in Spain; trade unions defending their right to organize and defeating attempts of social dumping as in the Dockers strike in Portugal; confronting racism and neo-fascism in many countries; building several forms of people’s self-organisation to counter the effects of austerity and constructing a different paradigm of socially managed public services and an economy of commons.

The outstanding challenges for social movements in the next years include: the roll-back of austerity laws imposed by the European institutions; the cancellation of illegitimate and unsustainable debt; redistributive measures to reverse inequality and enforcement of taxation on corporations and wealthy individuals; the full recognition at the European level of the right to housing, water, food, education and health services; the closure of the camps where migrants and refugees are imprisoned and the full recognition of the right to collective bargaining and an end to precarious work.

Social movements in Europe are already in a necessary process to re-invent ways of doing politics. But to be able to counter the policies of EU economic governance and the Troika, the greatest challenge is to converge and strengthen forces and set another agenda for another Europe.

Contribution texts of the speakers

Witnesses (in alphabetical order of countries):

Rapporteurs (in alphabetical order of topics):

Please note that the copyright of these texts is with the respective author, therefore their permission is required before the texts can be published or otherwise reproduced

The Tribunal took place in the context of the European Week of Action - 3 of our witnesses were among the 281 arrested during a peaceful protest against the European Business Summit on the 15th:
http://www.d19-20.be/en/
http://mayofsolidarity.org/