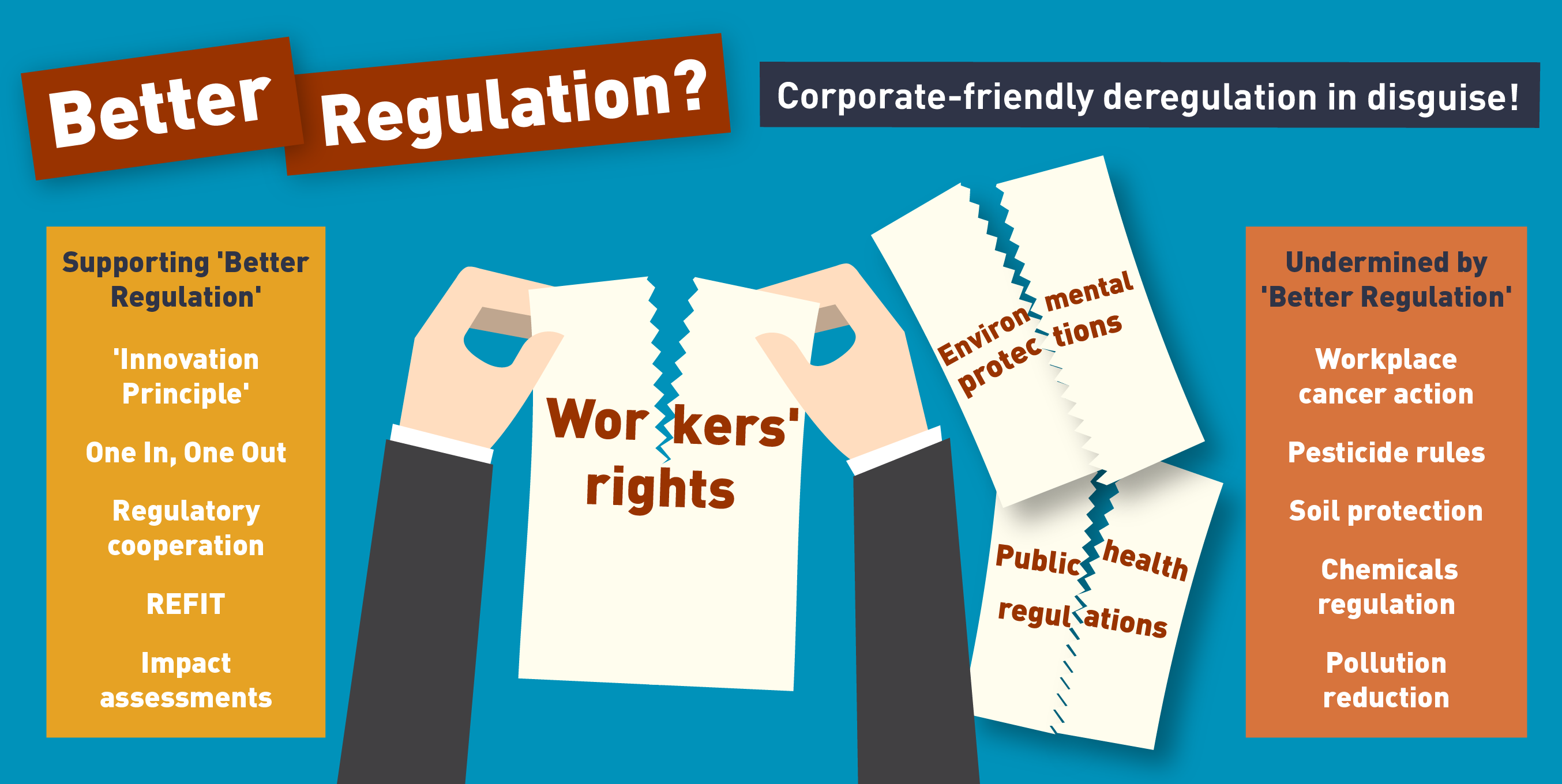 A deregulatory zeal continues to sweep through the European Commission and member states. If you care about the environment, workers’ rights, or public health, this so-called ‘Better Regulation’ agenda is highly concerning, as it is used to weaken or abolish current rules, while significantly hampering or even stopping the introduction of new ones. At the same time, big business interests take centre-stage in the considerations of policy-makers, and those with the most lobby power get the biggest say. This urge to deregulate has been reflected in Dieselgate, EU-US trade talks, chemicals regulation, and many other areas. Now in 2020 it risks being turbo-charged by the application of the so-called ‘innovation principle’ and the new ‘One In, One Out’ mantra.

This briefing was initially produced in 2016. In February 2020, it has been refreshed and republished with new sections to cover the most recent - and most worrying - developments. A text version can be downloaded here.